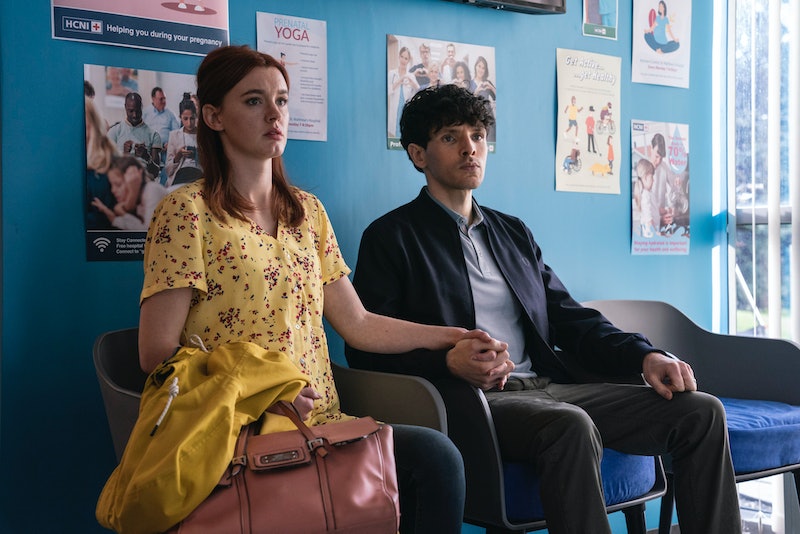 Written by former journalist Gwyneth Hughes, Three Families centres around three women and their families at a time when abortion was still illegal in Northern Ireland. Covering the complexities and difficulties of accessing abortion services, the series is an emotionally charged look at how this legislation affected specific circumstances for families across the country. But is Three Families based on a true story?

It’s been revealed that, yes, the series is indeed based on true events, but the names of those involved have been changed to protect their privacy.

In a press statement sent to Bustle, writer Gwyneth Hughes said she told the three families’ stories “as closely as [she could] to the accounts they gave [her].” She added: “I want to thank them all from the bottom of my heart for their welcome and honesty.”

Three Families initially took shape thanks to executive producer Susan Hogg, “who wanted to tell the story for many years.” Having grown up in Northern Ireland in the 1970s, Hogg had been “aware of the trauma which blights so many families, torn apart by the shame of an unwanted pregnancy.”

She continued, “What was most interested in dramatising were the true stories of women and girls who had recently experienced the shame and trauma which I was so frightened of as a teenager. I also wanted to understand the weight of opinion against pro-choice.”

This was something Hughes wanted to put across, too. “I was a reporter long before I was ever a dramatist, so right from the outset I wanted to give a voice to multiple points of view, and to be fair to all sides,” the writer said.

Speaking more about the process of putting Three Families together, Hogg said:

“James Gandhi, our development producer, and Laura Timms, our script editor, had already carried out a lot of research so we were able to identify our Theresa, Hannah, and Rosie quite quickly. These women and their families were incredibly generous with their time and emotional commitment. Thanks to their frank and open testimony as they shared the detail of their traumatic experiences, the drama began to take shape in Gwyn’s head. This was not an easy process, wrangling six years of the real experience of three families ... was a huge technical challenge for Gwyn, but her extraordinarily skills came to the fore and our wonderful scripts were delivered.”

She later added: “This hasn’t been an easy piece to research, write, perform and produce, but it’s been worth every second. We hope that the audience will be as blown away by these true stories as we were when our contributors courageously shared them with us.”

And there are still more stories to be told. Even though abortion is now technically legal in Northern Ireland, and individual health trusts can “offer services on an ad hoc basis”, per Metro, women are still travelling to England for abortion services due to an “absence of fully commissioned services” as the Irish News notes.