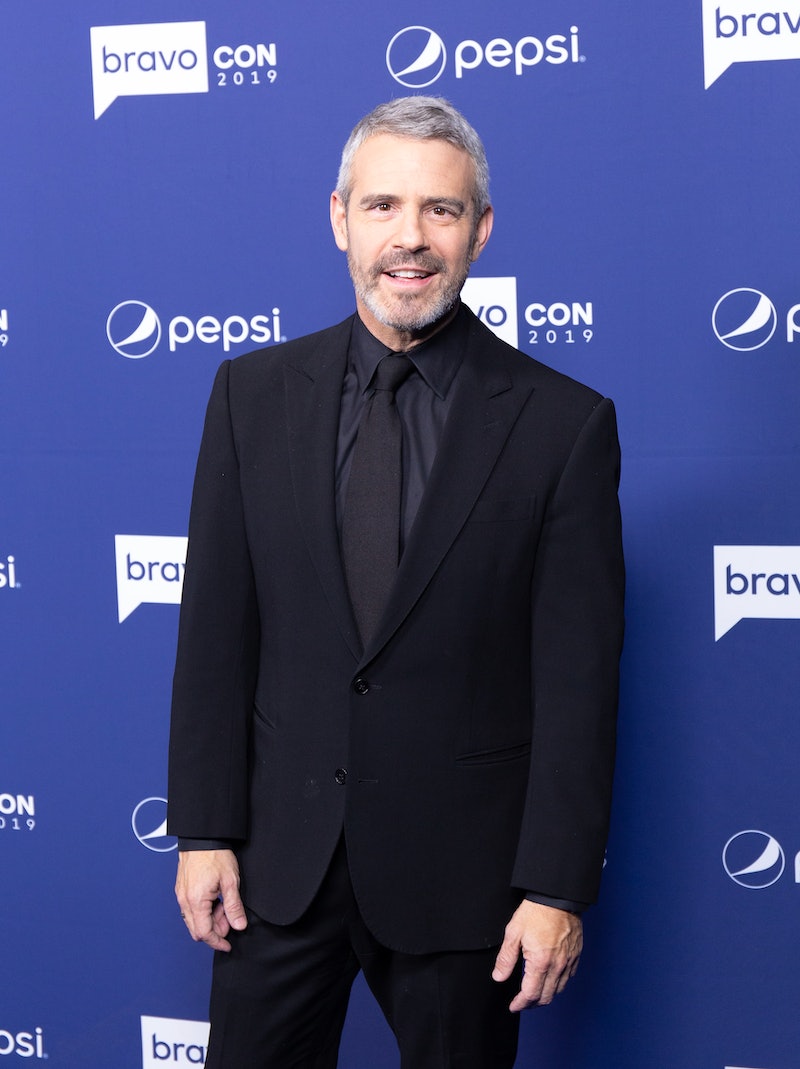 Don't fret, Bravoholics:Vanderpump Rules will return once again, even though it'll look very different. Andy Cohen spoke on the future of the reality TV series after it was announced on Friday, Dec. 4, that stars Jax Taylor and Brittany Cartwright would not be returning for upcoming seasons. Despite the many cast changes that have affected the hit Bravo show in 2020, Cohen remains optimistic about what lies ahead.

"Listen, they've got Lala [Kent], James [Kennedy], Scheana [Shay], Tom [Sandoval], Tom [Schwartz], Katie [Maloney], Ariana [Madix], the new people," Cohen explained on the Dec. 7 episode of his SiriusXM show Radio Andy. "I mean, that's a solid cast." He did, however, give a shout-out to Taylor for all of the chaos caused during his eight seasons on Pump Rules. "I have to give it up to them... specifically Jax," Cohen continued. "Jax created so much story, drama, conversation in his eight years on that show. That's quite a run that he had. He will go down as one of the biggest reality stars in their moment."

Taylor and Cartwright announced their exits in separate but similarly worded posts on Instagram. Their statements came just a few months after the couple revealed they are expecting their first child. "We are excited to take this time to focus on our growing family and share with you our new endeavors," they both wrote. "@bravotv, @evolutionusa and our Vanderpump castmates will always remain close to our hearts. Thank you to all the fans who have shared our journey with us and supported us through everything. We love you."

Another challenge Pump Rules is facing is the coronavirus pandemic. Lisa Vanderpump's restaurants were forced to close due to COVID-19 and production for the ninth season was delayed. While the numerous delays and cast changes sparked speculation that Bravo has actually canceled the show, Cohen dispelled the rumors by expressing how much he's looking forward to its eventual return. "When that show's going to start shooting again, I have no idea, but I'm excited," he admitted. "I'm excited for there to be a shift also."

In addition to Taylor and Cartwright's departures, their co-stars Stassi Schroeder, Kristen Doute, Max Boyens, and Brett Caprioni were fired from the show in June 2020. Schroeder and Doute were let go after former cast member Faith Stowers shared her experience as the "only Black person on the show." According to Stower, Schroeder and Doute called the cops on her and falsely accused her of theft. Boyens and Caprioni were fired after past racist tweets resurfaced online. Fans also called for Taylor's firing in June after finding a tweet in which he, too, accused Stowers of committing crimes. Bravo has not commented on whether this was a factor in his exit.