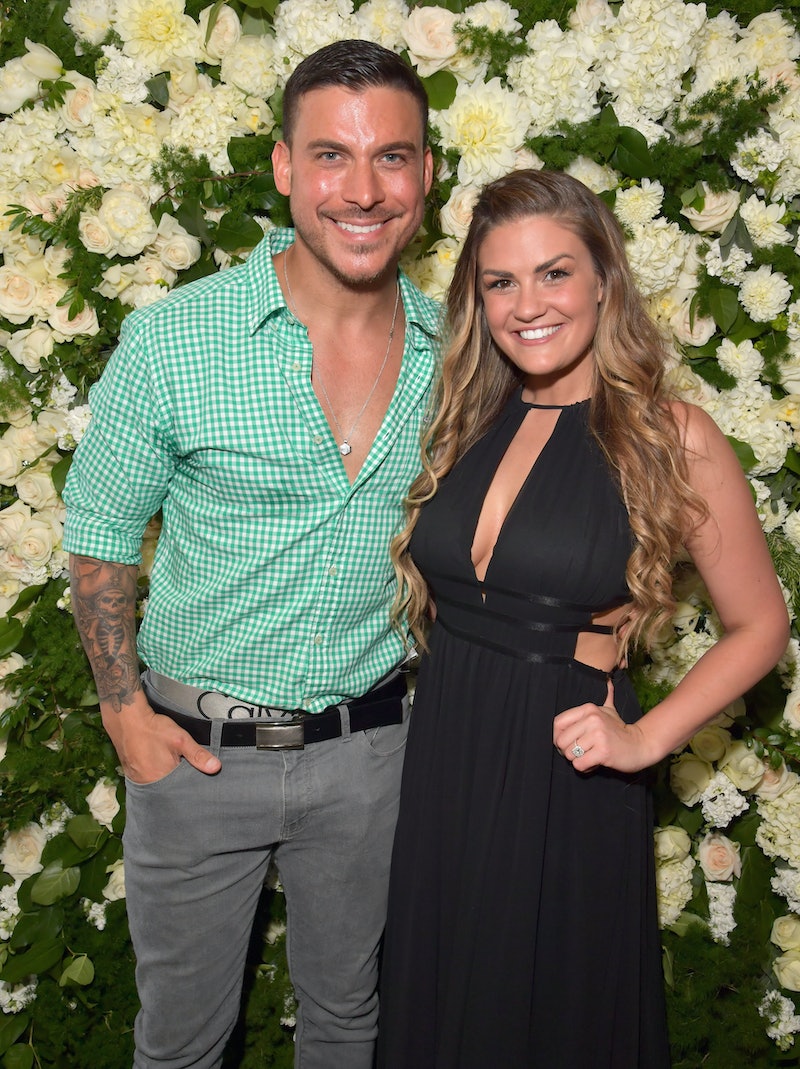 After eight seasons of consistently serving up drama, Jax Taylor won't return to Vanderpump Rules next season. The reality star announced via Instagram on Friday, Dec. 4 that he and wife Brittany Cartwright were leaving the Bravo series, calling the news "difficult to share." Shortly thereafter, the network confirmed to Variety that the duo "will not be returning" but offered no further explanation. Fans have long been calling for Taylor's firing amid accusations of racism.

"The last 8 years on Vanderpump Rules have been some of the most challenging, rewarding and fulfilling years of my life," Taylor wrote in part. He went on to explain that he and Cartwright, who's pregnant with their first child, were excited to focus on their growing family as well as other unspecified new endeavors.

"Our Vanderpump castmates will always remain close to our hearts," he added, also acknowledging Bravo and the show's production company, Evolution Media. "Thank you to all the fans who have shared our journey with us and supported us through everything." For her part, Cartwright, who joined Vanderpump Rules five years ago, wrote a nearly identical statement on her own Instagram page.

While responding to Instagram comments, Taylor further claimed he and his wife will still "be on tv just not this show," and that they "want to do something more family related." He added that he felt it was "time to move on" and that "being a parent is way more important" to him.

Although Vanderpump Rules still remains on hiatus due to the closure of Los Angeles restaurants amid the ongoing COVID-19 pandemic, there have been several cast shakeups in the past several months. Bravo fired Stassi Schroeder and Kristen Doute in June after they came under fire for racist actions against former co-star Faith Stowers. (Cast members Max Boyens and Brett Caprioni were let go as well.) Just prior to their dismissal, Stowers, who is Black, revealed the women had reported her to the police in 2018 for a crime she was not involved in. Soon afterward, it came to light that Taylor had also erroneously accused Stowers of crimes in a series of 2017 tweets.

Amid the backlash in June, 90 Day Fiancé star Ashley Martson called for Taylor's firing, accusing him of making racist comments about her husband, Jay Smith. Martson shared a screenshot of a comment Taylor had left on one of her 2018 photos that said her husband's "nose is the size of his head," as Us Weekly reported. She explained that referencing the size of a Black person's nose is "one of the most well known racial stereotypes."

The outcry this summer prompted former 'N Sync member Lance Bass — who was once business partners with Taylor and even officiated his 2019 wedding — to predict his ouster from the show. "He will lose out," Bass said of Taylor during a June episode of his podcast, The Daily Podcast, per E! News. "I do not see Bravo keeping him."

Whatever is next for Taylor and Cartwright, one can only hope that he will grow and learn from his past actions.