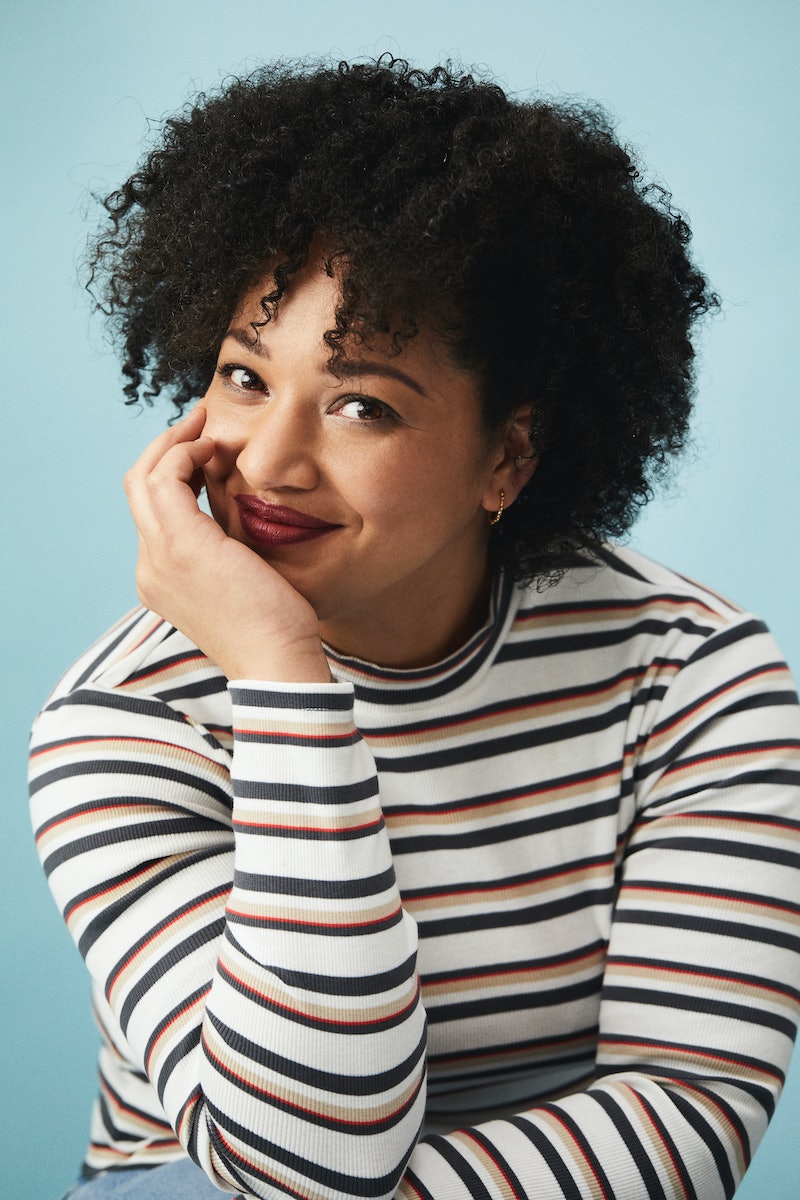 A few weeks before the UK went into lockdown, Isis Davis was preparing for her biggest work to hit cinemas. "There was all the hype and excitement," she tells me, speaking from her home office in London. But of course, like so many other films this year, The Secret Garden was postponed due to COVID-related reasons. "So it's just been waiting, waiting, waiting," Davis says.

Luckily, that wait is over.

English director Marc Munden's adaptation of the much-loved children’s novel features a star-studded cast and is filmed in some of Britain’s most idyllic locations (it’ll make you want to book a holiday in the countryside). It's now set for release in UK cinemas on October 23.

The film follows the story of Mary Lennox (played by Dixie Egerickx), an orphan sent to live with her uncle in a dusty old country estate only to discover a magical garden on the grounds (as you do). Audiences will be impressed not only by the appearances from Colin Firth and Julie Walters but also the sprinkling of CGI used to bring the garden to life as Mary (accompanied by her sickly cousin) play among moving trees and colourful flowers.

Davis describes battling nerves when she met Walters for the first time. Speaking about day one on set, she says "I went into rehearsal with Julie and I just sat back and watched. I was blown away, she's just incredible. It was a masterclass in acting.”

When I ask what it was like working with not one but two of icons of British acting, Davis tells me, "It was quite intimidating, but [Walters and Firth] were so lovely and genuine that I soon forgot who they were,” she said before quickly admitting, “I mean, I never really forgot who they were, but I just treated them normally."

Hard as it is to believe, it’s actually been nearly two years since the cast filmed The Secret Garden – and there’s been a few growth spurts among the younger actors in that time. So much so that, during a recent Zoom call with the cast, Davis had to double-take. “They're just not kids anymore. They look totally different. They've all grown up and yeah, it's just weird," she says.

While lockdown put the brakes on performing for a while, it hasn’t stopped Davis from pursuing her other passion: writing. The 35-year-old actor is also an award-winning writer (having walked home a British Urban Film Festival award for her script Draw) and reckons she’s spent 90% of lockdown tucked up in her office, typing away. Davis describes her gratitude for her wife, who’s been doing the bulk of the parenting their two young daughters while she has been balancing projects. “It’s just sort of snowballed. I mean, this is the busiest I've been in my whole writing career,” she explains.

Just before lockdown, the team behind BBC’s Killing Eve approached Davis to join their writing team for season four. You can guess her reaction.

While Davis wasn’t able to spill any plot twists or juicy details about Villanelle's upcoming storylines, she did say that she’s had to adapt to working during lockdown. Everything is now being done virtually and she doesn’t know when she’ll see the rest of the team in person.

Despite being so in demand, Davis tells me she has to deal self-doubt from time to time. "I think it's so weird, every script that I write, I'm like, ‘Oh my god, this is the best thing I've ever written. This is it...for about 20 pages. And then I'm like: ‘Oh my god, I'm not a writer. This is just terrible’ like that creeps in.” To overcome this, she says she just keeps busy. "I don't think that my grammar is on point, my spelling is atrocious, but creatively I just write. Just write, write, write, write."

In The Secret Garden, Davis plays Martha, a maid working in the estate who she describes as “no nonsense, caring, genuine and friendly" – all traits that could be used to describe the actor herself. Davis is straight-talking and exudes warmth when she reflects back on how she got into performing arts.

Growing up in Ladbroke Grove, London, Davis took an unconventional route into acting. Leaving school at 13 without any qualifications, she later moved out of the capital to Gloucestershire, looking for escapism. “I wasn't doing anything productive with my life. I just felt like I had to get away,” she says. “It was the best thing I ever did.”

On her return to the capital, Davis tells me how she wanted to hit the ground running. After gaining key skills in English and Maths, she was determined to work towards a practical career. Being close to her dad, she pitched a career idea to him. "I was like: 'Right Dad, I'm gonna do B.Tech in Bricklaying.,'" she recalls. "And he was just like: ‘God, darling, please, don't go into something on a whim. Think about what you really want to do and go for it.'"

After being persuaded away from bricklaying, Davis arrived at her college still unsure about what her next move would be. She briefly contemplated doing media studies but didn’t have the grades, so her college offered her an alternative: a B-Tech in Performing Arts. "A month in, I was like: 'Ah, this is it. This is it! This is what I’m supposed to do." And she hasn't looked back since.

The Secret Garden is coming to cinemas and Sky Cinema on Oct. 23.