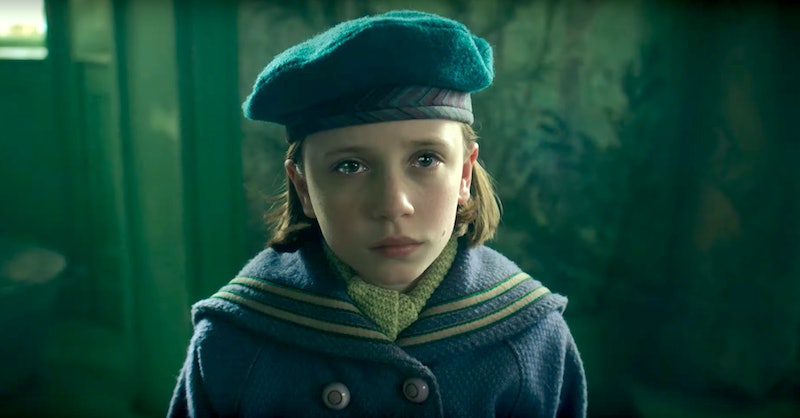 For many millennials, 1993's The Secret Garden, based on Frances Hodgson Burnett's classic 1911 novel, is a key piece of childhood nostalgia. Now the film is being retold by director Marc Munden, with national treasures such as Julie Walter and Colin Firth leading the cast. A trailer for 2020 The Secret Garden was released on Feb. 18, much to the delight of fans, and the upcoming adaptation looks as magical as you'd expect.

The opening of the new trailer sees Mary Lennox (played by Dixie Egerickx) being taken to Misselthwaite Manor by the formidable Mrs Medlock (Julie Walters.) Despite being warned against it, Lennox sets out to explore – and what she finds is beyond anything her imagination could conjure up. Much to the displeasure of her uncle (Colin Firth), she unveils the world she discovers to her cousin Colin Craven (Eden Hayhurst) and makes a few unexpected friends along the way.

Speaking to Mancunian Matters about the remake, Keri Wilt, the great-great-granddaughter of Frances Hodgson Burnett said, “There hasn’t been a film since 1993, so we are thrilled that it’s going to expose a whole new generation to the hope of The Secret Garden. I mean you can see just from the previews the magic that they have put into it. I know [the changes] will make some people angry. But Frances knew what it was like to take something from a book to the stage ... she knew that art just continues to evolve.”

And if The Secret Garden has a particular magical touch viewers recognise, that may be because the script was penned by Jack Thorne, author of Harry Potter and the Cursed Child, and produced by David Heyman, who worked on all eight Harry Potter movies. And, with Julie Walters – aka Mrs Weasley – starring in the movie, it's basically a HP reunion.

With The Secret Garden set to hit UK cinemas on April 10 2020 there isn’t long to wait to see how the new adaptation matches up to the original story and first film.

More like this
'The Princess Diaries 3' May Go Ahead Without Anne Hathaway
By Darshita Goyal
The 'Love Actually' Reunion Is Missing A Major Player
By Bustle UK
'Neighbours' Is Officially Coming Back & Fans Are Going *Wild*
By Sam Ramsden
This 'Strictly' Star Is Rumoured To Be The New 'Big Brother' Host
By El Hunt, Maxine Harrison and Sam Ramsden
Get The Very Best Of Bustle/UK