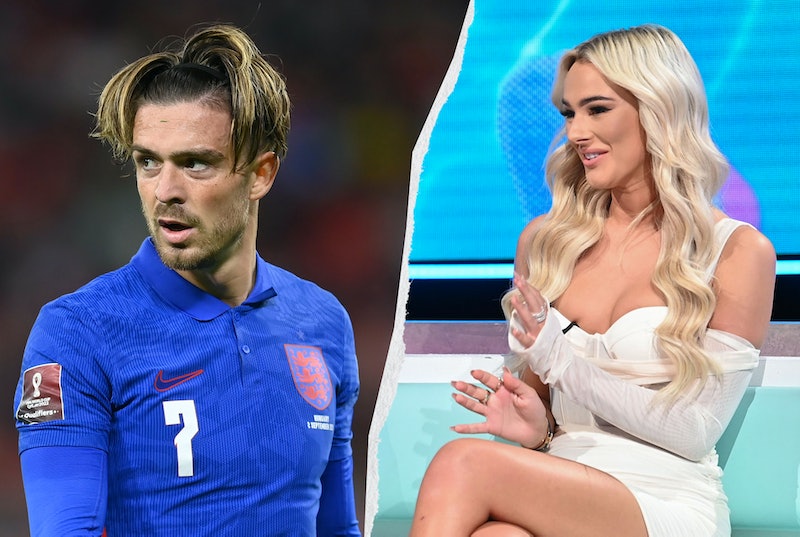 The Love Island reunion on Sept. 5 was packed with questionable absences (Jake, we’re looking at you), bold confessions, and villa drama. It really delivered on the gossip front but, just like she did in Casa Amor, Lillie Haynes ended up taking the spotlight on the night. Laura Whitmore asked Lillie Haynes about her connection to England footballer Jack Grealish and viewers had a lot to say about it.

It’s only been a couple of weeks since Millie Court and Liam Reardon were crowned this season’s winners and, to clear up what the producers described as “a small matter”, they were joined by Haynes on the sofa to talk about what really happened in Casa Amor. Whitmore also had a few questions for Haynes about her social media activity and love life after appearing on the show.

Whitmore asked Haynes about Manchester City and England football star, Jack Grealish liking her Instagram pictures. On Aug. 16, the Daily Mail reported that Grealish had liked a series of Haynes’ pictures before deleting the interactions while she was in Casa Amor. Grealish didn’t give a comment about this.

A source told the publication, “Lillie couldn't believe Jack even knows who she is, let alone took the time to like her uploads on Instagram. It was disappointing he unliked the photos days later, but it's possible he didn't want his girlfriend finding out.”

After listening to the questions, Haynes replied by saying “nothing” before host Whitmore moved on to another question.

Grealish is currently dating 25-year-old model, Sasha Attwood. In light of this, viewers had a lot of opinions about the line of questioning. “Imagine Laura Whitmore mentioning Jack Grealish to Lillie on LIVE TV when Jack Grealish has a bird, how disrespectful,” wrote one viewer. Another said, “Sasha watching the Love Island reunion when Laura asks Lillie about Grealish. It’s honestly the most cringe thing I have ever seen, Sasha must be creasing.”

More like this
Molly-Mae Hague & Tommy Fury Celebrate Pregnancy Reveal In The Sweetest Way
By Sophie McEvoy and Sam Ramsden
What Exactly Is The Bish & Chips Show?
By Frances Stewart
Wait, Is Maya Jama Confirmed To Host 'Love Island'?
By Sophie McEvoy
How To Get Tickets To 'Strictly Come Dancing's Live Tour
By Sophie McEvoy
Get The Very Best Of Bustle/UK