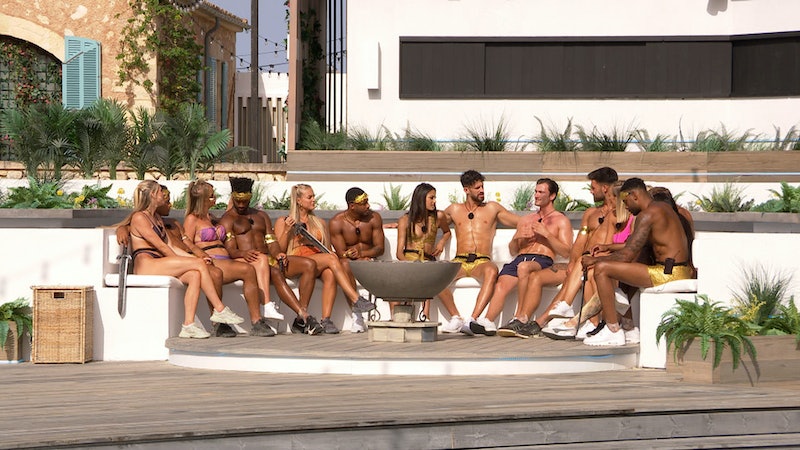 Millie Court and Liam Reardon were crowned this year’s winners of Love Island and I’m already at a loss of how I’m supposed to fill my evenings. Viewers tuned in last night to watch the duo walk away from the villa with £25,000 each but, lucky for fans, this won’t be the last episode of Love Island in 2021. Here’s everything we know about the Love Island reunion episode.

Due to all the lockdowns, there hasn’t been a Love Island reunion episode since 2019. While the drama in this year’s villa has been pretty epic, the reunion episodes can occasionally bring even more heat. (I mean, who could forget the 2019 special when Molly Mae confronted Anton Danyluk about unfollowing her on Instagram?) And considering this year’s villa has seen more than its fair share of Casa Amor fall outs and love triangles, it might be about to get seriously awkward on Laura Whitmore’s sofa.

When Is The Love Island 2021 Reunion?

During the end credits of the Love Island final, aired on August 23, it was revealed that the cast would be back together again on September 5 for the reunion special.

Airing just two weeks after the final, this year’s reunion doesn’t follow the same schedule as ones in the past. Historically, Love Island has brought its summer contestants back together for filming in November time, giving them a few months to grow as couples (or go their separate ways). The show then airs a month later.

In the past, the Love Island reunion has either been filmed in Elstree Studios (where Aftersun is show) or at a manor house on the outskirts of London. Right now, we’re not certain where the 2021 special will take place. As shooting is taking place so soon after the final, either the UK or Majorca is a possibility.

Who Will Be At The Love Island 2021 Reunion?

In the past, producers of the Love Island reunion episodes haven’t shied away from confrontation and awkwardness. And a lot of chaos could be caused based on the activities of this year’s islanders.

A source told The Sun that the extra episode “will give fans a glimpse of their favourite couples as they take on the outside world” and that “friends and foes the first chance to see each other again.” This seems to suggest that all the islanders will be brought together. However, it’s unclear whether they’ll all be in the same room or whether the show will use video links to speak to different islanders in a similar way to how they did on Aftersun.

So, which islanders will fans be hoping to see? Well, she may have only been in Casa Amor for a few days, but Lillie arguably caused the biggest stir in this series. If she’s brought back for the reunion episode then winners Liam and Millie could find themselves in a slightly awkward situation. Similarly, Clarisse could make things a bit uncomfortable for Kaz and Tyler.

Faye Winter hit the headlines after her outbursts triggered a record 25,000 Ofcom complaints. She was unaware of this during her time in the villa but may talk about it more during the reunion.

Similarly, Jake and Liberty may return to talk about their joint decision to leave and all my fingers are crossed that Liberty and Kaz are reunited IRL once more.