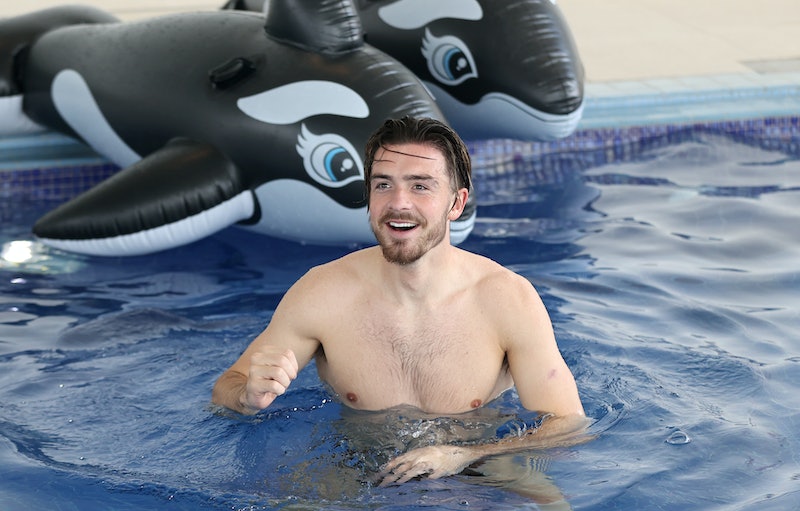 Aston Villa footballer Jack Grealish quickly became one of the England squad’s most popular players after this summer's Euros. Despite captaining a Premier League side since 2019, it took England’s success in the 2020 competition (hosted in 2021) for the rest of the country to realise their fandom for the Birmingham native on the international stage. But you can’t argue with just seven touches and six passes ending in two goals in the decisive 22 minutes he was on the pitch against Germany.

Off the pitch, Grealish showed real heart too, making fans even more desperate for exposure on the pitch. The Aston Villa star gave up his match boots to a young fan after the England v Denmark Euros semi-final. Before the Euros 2020 the attacking midfielder earned himself a bar on Stormzy’s “Sore” remix, and The Manor released an entire song dedicated to him, called “Jack Grealish”.

With great power comes great responsibility. Or as it goes for those in the public eye: with great celebrity comes great memes. With Jack Grealish stans coming out of the woodwork left, right, and centre, and a large number of them getting quite thirsty, so much so that there is an Instagram fan account dedicated to Jack Grealish’s legs (I mean, how does he get those calves so big?!), the social media content has been downright astounding.

Maybe it's the 2003-era Beckham-esque hair that helped, or maybe the nation was so desperate for a footballing hero to unite us when Jack Grealish came along and injected some much-needed energy into the England side that we couldn’t help but make him the nation’s sweetheart. Here are some of the best Jack Grealish tweets (that say what we’re all really thinking) for your viewing pleasure.