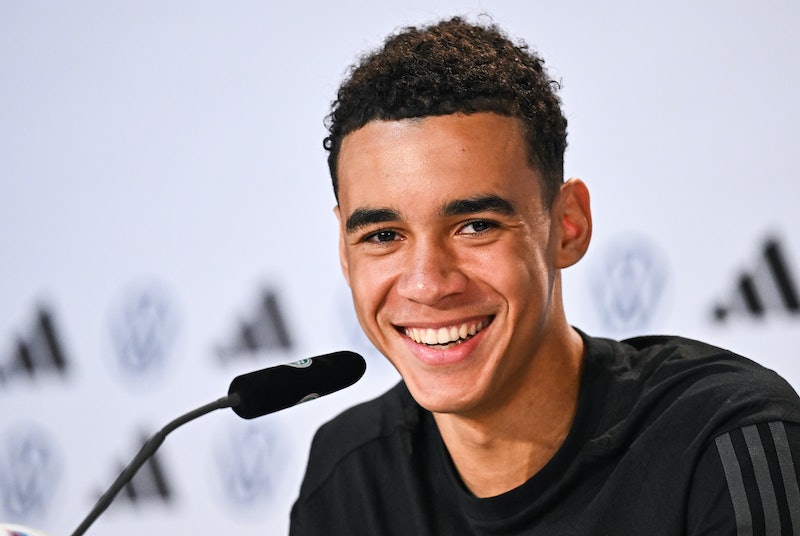 Germany’s 2–1 defeat to Japan in the early stages of the FIFA World Cup 2022 captured fans’ attention. Among the match commentary, many England fans were quick to point out that the young German star Jamal Musiala could have played for England. The Bayern Munich player is eligible to represent Germany, England, and Nigeria, and had indeed played for the Three Lions at youth level, before announcing in early 2021 that he would represent his birth country for international tournaments. Nevertheless, there are plenty of eyes on this talented 19-year-old, so what is there to know about his life off the pitch?

From his social media, it’s easy to see that Musiala is very focused on his football career. Apart from candid and professional shots from the pitch, there is barely a hint of his personal, let alone romantic, life. If the footballer is indeed in a relationship, he has not made it public.

However, it’s nice to note that Musiala does show a few special relationships in his life. He’s known to be close friends with English footballer Jude Bellingham, who plays for Borussia Dortmund. They had both played for England at youth level and have remained friends since, even after signing to different clubs and competing against each other for the Bundesliga. The very first few posts on his Instagram (@jamalmusiala10) all feature young Musiala and Bellingham in their matching kits.

The 19-year-old midfielder also seems to have a good friendship with fellow Bayern player Leroy Sané. Musiala has long been nicknamed “Bambi” by his teammates for his youth and slight stature, and in an interview with The Touchline Sports, he revealed that it was Sané who had first starting referring to him as the Disney fawn. “I like it. It doesn’t really bother me or anything. I think it’s kind of nice.” Musiala has also posted several photos of him and Sané both on the field and, more notably, also hanging out away from the game.

Having moved from Fulda near Frankfurt to the UK at seven years old, Musiala played for local club Central City before being scouted by Chelsea, representing both Germany and England at youth level, but mostly for England. He then moved to Bayern Munich for one year on their junior team, and progressed with them into his senior career.