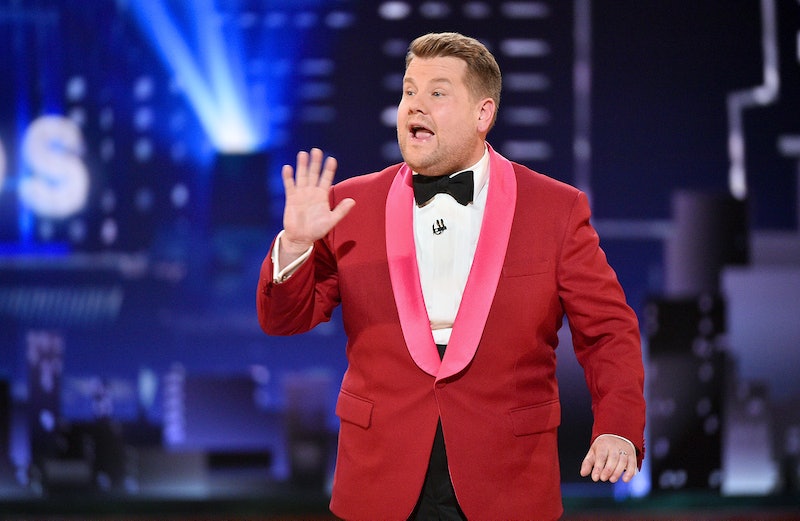 After eight years in the (“Carpool Karaoke”) driving seat and The Late Late Show host, James Corden is pulling the plug. The British actor-turned-presenter, celebrated for his role in Gavin & Stacey, announced his decision live on his show on Apr. 28, calling it "the hardest decision” he’s ever had to make.

"I never saw [the show] as my final destination and I never want this show to overstay its welcome in any way,” he said on air, per the Guardian. “I always want to love making it and I really think in a year from now that will be a good time to move on and see what else might be out there.” Promising the show will “go out with a bang.”

Having sung (and rapped) alongside the likes of Harry Styles, Migos, Adele, Lady Gaga and even Prince Harry — Corden’s “Carpool Karaoke” segments in particular have made him a household name across America. BBC reports claim his contract was set to expire in August 2022, but was extended for one more year, meaning Corden will remain in place until 2023.

The surprising announcement should’t have come as such a shock, though. Corden has been dropping hints for a while now. In December 2021, he told Variety: “I never really saw this job as a final destination. I saw it as a stop on a journey.” In 2016 he told GQ: “I can’t see myself doing this forever, but who knows? Maybe I’ll go back to the UK and do a little play at the Southwark Playhouse.”

Deadline suggests that Corden’s departure – which comes after Conan O’Brien’s, and uncertainty over Jimmy Kimmel’s future at ABC — could be part of a bigger shifts in the late night TV circuit. But Corden won’t be off our screens for long. He’s set to star alongside Sally Hawkins in Amazon Prime’s Mammals next, and recently appeared on The Kardashians.

Stepping into therapist mode to console an anxious Khloe Kardashian ahead of her interview with The Late Late Show, Corden tells her: “What somebody thinks of you is none of your business”. Finishing with, “Look, you’re drinking champagne at 4 p.m. on a Monday, and you’re at work, we’ve won.” Indeed.