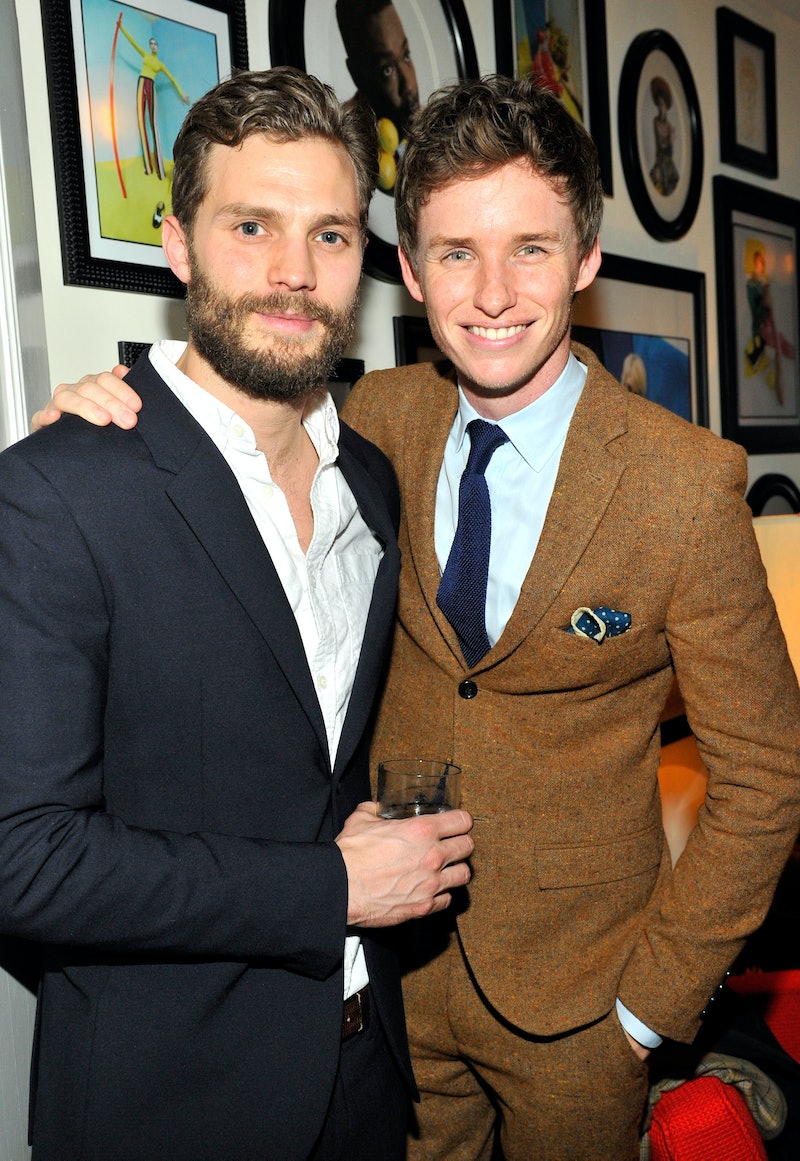 When you think of the lavish homes of celebrities, you don’t tend to think of shared apartments, and you definitely don’t think that a bunch of celebrities would be living under the same roof. But that’s exactly what happened with Jamie Dornan and his celebrity pals. In an interview on Live with Kelly and Ryan, Dornan revealed that he lived in Los Angeles with Andrew Garfield, Eddie Redmayne, Robert Pattinson, and Charlie Cox in 2008.

It was during a time that all their careers were just starting out, and this group of British actors headed out to the glitz and glamour of L.A. to pursue their acting dreams. But they seemed to have pursued their dreams together, underneath the same roof. In the interview, Dornan describes his old living situation:

“We all ended up doing pretty well, but we weren’t doing pretty well at that time. It was a lot of going up for the same auditions, prepping each other to try to get the same work we’re all vying for. But it wasn’t really happening for us, and luckily over time it all kind of worked out for us.”

Dornan adds that it was a “fun group” and he still remains good friends with all his previous housemates.

In Variety’s Actors on Actors interview series, Dornan and Redmayne interviewed each other in 2020 and shed even more light on their brief stint as housemates in the early days of their careers. The pair – who described themselves as best friends – both look back fondly on this time, laughing as they take a trip down memory lane with Dornan chatting about how they filled their time when auditions were running a little dry.

“One day we went to a Pottery Barn or something, and we made some crockery. We made plates and clay pots, and I remember we wrote the names of all these actors who were our gang.” Redmayne even tells Dornan that he still has some of the pots they made all those years ago. If that’s not best friend goals, we don’t know what is.

Dornan and Garfield were also recently on The Late Late Show with James Corden, in November 2021, where they also reminisced on their time together in Los Angeles as struggling actors. Whilst both laughing, Garfield shares how they go through the early days of their careers: “We were the kind of guys that would go to The Standard Hotel on Sunset Boulevard to play ping pong for hours and order one cocktail or a burger between us because we couldn’t afford anymore.”

Dornan and his pals are the wholesome friendship group we didn’t know we needed but are now very much desperate to be a part of.