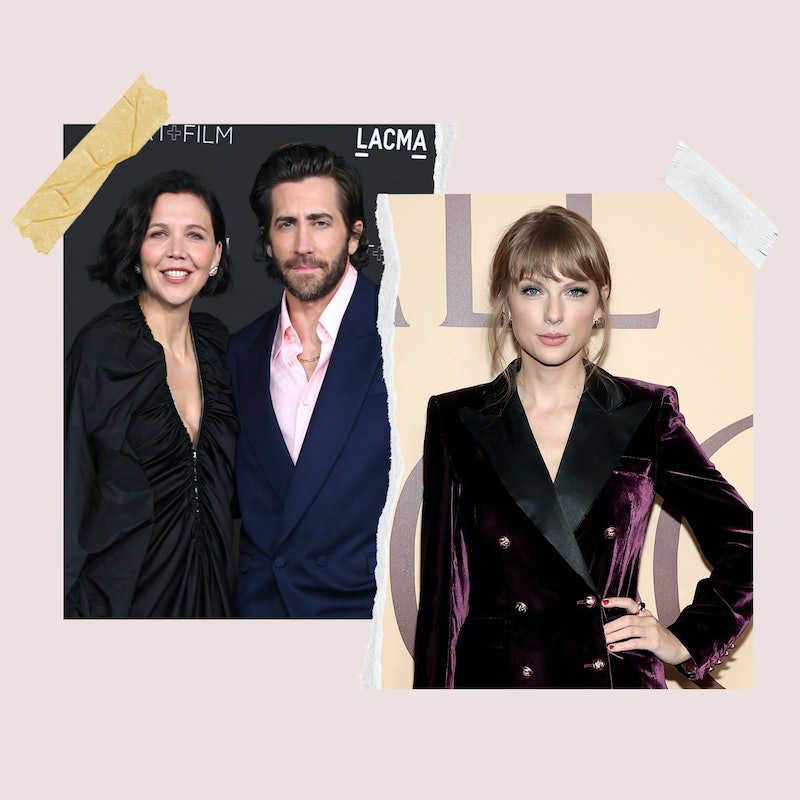 It seems that Jamie Lee Curtis missed the memo: Red (Taylor’s Version) has arrived and Jake Gyllenhaal is being roasted once again for breaking Taylor Swift’s heart a whole decade ago. On Sunday, Nov. 14, the Freaky Friday star, who also happens to be Jake and Maggie Gyllenhaal’s godmother, shared a photo of the siblings on Instagram and gushed over their talent. But Swifties came through loud and clear in the comments, slamming Curtis’ timing and telling her to “read the room.”

“SIBLING REVELRY!” the 62-year-old actor wrote alongside a photo of Maggie and Jake laughing together at the 2021 LACMA Art + Film Gala earlier this month. “Both of these talented people and godchildren have important work they have made this year both for @netflix.” The Knives Out star went on to list Maggie and Jake’s recent film projects. “Proud of them both,” she continued. “Excited to watch artists evolve and grow and expand. Bravo. Brava. ENCORE!”

Swifties clearly aren’t as enthralled by the Gyllenhaals as Curtis is. “Not a good time Jamie,” Instagram user @brenruchtein wrote. Similarly, user @bethday_ added, “Read the room Jamie.” Several others echoed those sentiments, and many fans chimed in to say that Jake should really give the pop star her scarf back, referencing Swift’s most critically acclaimed song to date, “All Too Well.”

The beloved ballad, for those who don’t know, has long been rumored to be about Swift and Gyllenhaal’s 2011 split. The former couple reportedly dated for three months before the Brokeback Mountain actor told her it wasn’t working out, per Us Weekly. And although Swift has never confirmed if the song is about their short-lived romance, the lyrics seem to support the theory that Gyllenhaal is the one who inspired the track and broke her “like a promise.”

Now that Red (Taylor’s Version) is here, fans are even more convinced that the song is about Swift and Gyllenhaal’s breakup. Hours after the 10-minute version dropped with even more scathing lyrics referencing their 11-year age difference, the “Better Man” singer released a short film to the tune of “All Too Well” starring actors Dylan O’Brien and Sadie Sink, who are also — drumroll, please — 11 years apart.

“I got their numbers and sent them text messages and I had already created an entire treatment and script,” Swift told E!’s Daily Pop about casting O’Brien and Sink. “I wanted them to know all of the information so they could make a choice and sent them the song. They had the song before anyone else had the song and when they said yes, I was so elated because I didn’t have backups in mind.”

Gyllenhaal, on the other hand, didn’t appear to be a thought in Swift’s mind before releasing the full version of the track. “I wonder if there are people who might think that they were the ones you were singing about, if it’s easier or far, far worse for them, 10 years later,” late-night host Seth Meyers said when Swift appeared on his show last week. With a little laugh, she replied, “I haven’t thought about their experience, to be honest.”