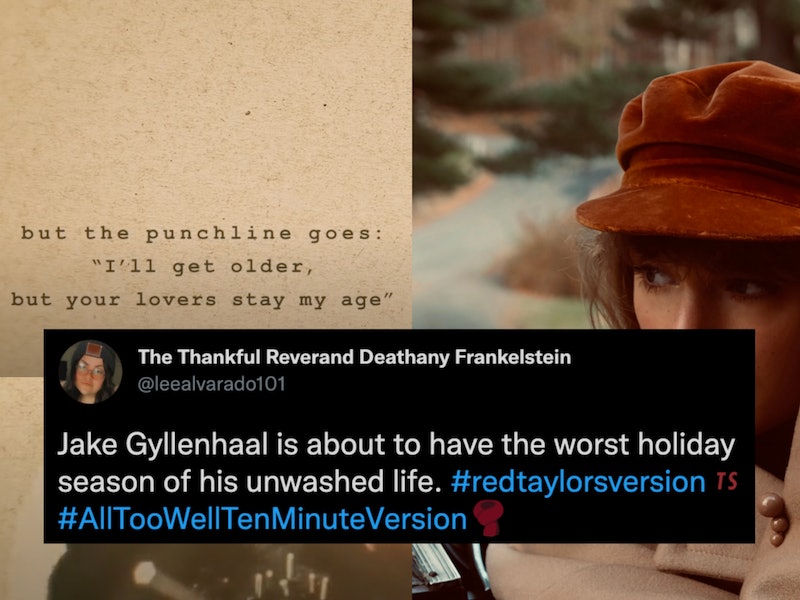 Not long before the Nov. 12 release of Red (Taylor’s Version), Taylor Swift revealed the most exciting tidbit about this re-recorded album: Her devastating track “All Too Well” — considered her most critically acclaimed song ever — would be available in its original form and in an extended 10-minute version. That longer take would come with a short film starring Strangers Things star Sadie Sink, Teen Wolf alum Dylan O’Brien, and Swift, who wrote and directed the film. Now that the wait is over for “All Too Well (10 Minute Version),” fans are not fine at all.

A quick look at Twitter shows that Swifties have never been so happy to be so sad about the heartbreaking song, its short film, and the Red re-release, which has expanded to 30 songs (from the original 2012 Red’s 16 tracks). Red (Taylor’s Version) also features stellar new collaborations with Chris Stapleton, Phoebe Bridgers, and her friend Ed Sheeran.

Here are the most entertaining memes and tweets about “All Too Well (10 Minute Version).”