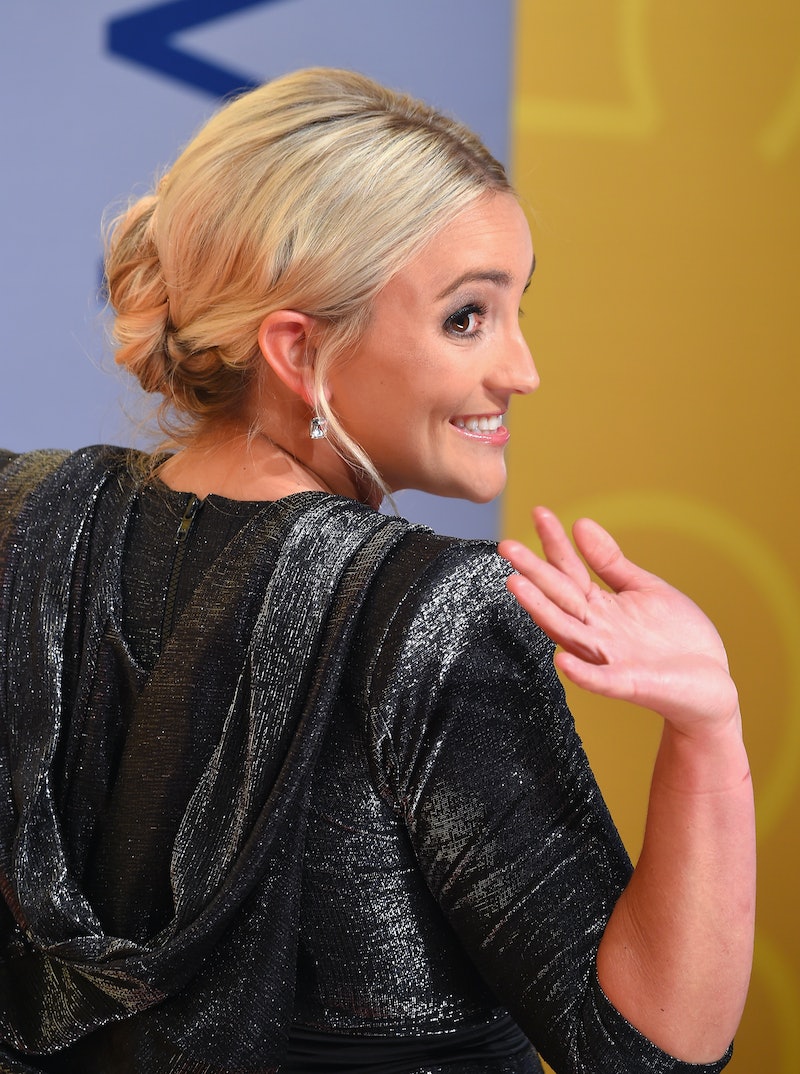 As many celebs have shown support for Britney Spears in the wake of Hulu and FX's Framing Britney Spears documentary, her sister, Jamie Lynn Spears has understandably kept quiet. The former Zoey 101 lead hasn't directly commented on the doc, the latest court conservatorship ruling, or the increased support for the #FreeBritney movement, but she's still showing sisterly support in her own way.

On Feb. 11, Nylon's Instagram shared a post from Twitter user @theeashleyray that read, "I think it’s nice that in the early 2000s if your sister was a pop singer, you got to try it out too." The music and culture publication then prompted their followers to share their favorite pop singer siblings from the early aughts. Many flooded the comments section with suggestions, including Jessica and Ashlee Simpson (the correct answer, if we're being honest here), Lindsay and Ali Lohan, Hilary and Haylie Duff, and, of course, Britney and Jamie Lynn Spears.

But even though fans consider Jamie Lynn a singer, she commented to explain why they shouldn't group her with the other singer siblings. “Never tried it," she wrote. "There was no competing with the GOAT." There's no arguing with Britney being the greatest pop singer of all time, but some Instagram users thought Jamie Lynn might've forgotten about "Follow Me."

One commenter reminded Spears about her vocals in the theme song for Zoey 101, her show about a teenager’s dream life at the beautiful Pacific Coast Academy boarding school. Jamie Lynn shrugged it off, though. "That’s a theme song...to the show that I’m an actress on," she replied.

Perhaps she's right. Jamie Lynn focused more on carving out a niche in teen acting while leaving the pop music to her sister. In fact, the younger Spears even auditioned for Twilight before finding out she was pregnant with her daughter, Maddie. While she has pursued music in recent years, country – not pop – has been her genre of choice.

This has been a lesson in how Jamie Lynn views her career, and her praise for Britney was a delight to see as fans, celebrities, and the media reevaluate how the pop star was treated throughout her career and personal struggles.

Britney's experience with the invasive press is well-documented, and her younger sister is no stranger to the damaging effects of the media landscape. As she told Nylon in October, Spears worked hard to hide herself and her growing family from the media to give her child "some sense of normalcy." It wasn't always easy, and she even tried to find peace away from the tabloids in states like Mississippi. "When we did announce that I was pregnant, I did hide away for a little bit during that time, and I didn't have a phone," she recalled. "But of course, the paparazzi still found me."

More like this
Britney Spears Shares & Deletes Photos Of Justin Timberlake From 22 Years Ago
By Jake Viswanath
Britney Spears Shared The Real Reason She Shut Down Her Instagram Account
By Brad Witter
'Friends' Star Maggie Wheeler Offers Support To Matthew Perry After Reading His Memoir
By Alyssa Lapid
The 'Scream 6' Trailer Shows Off Hayden Panettiere's Return & Ghostface In NYC
By Jack Irvin and Jake Viswanath
Get Even More From Bustle — Sign Up For The Newsletter
From hair trends to relationship advice, our daily newsletter has everything you need to sound like a person who’s on TikTok, even if you aren’t.