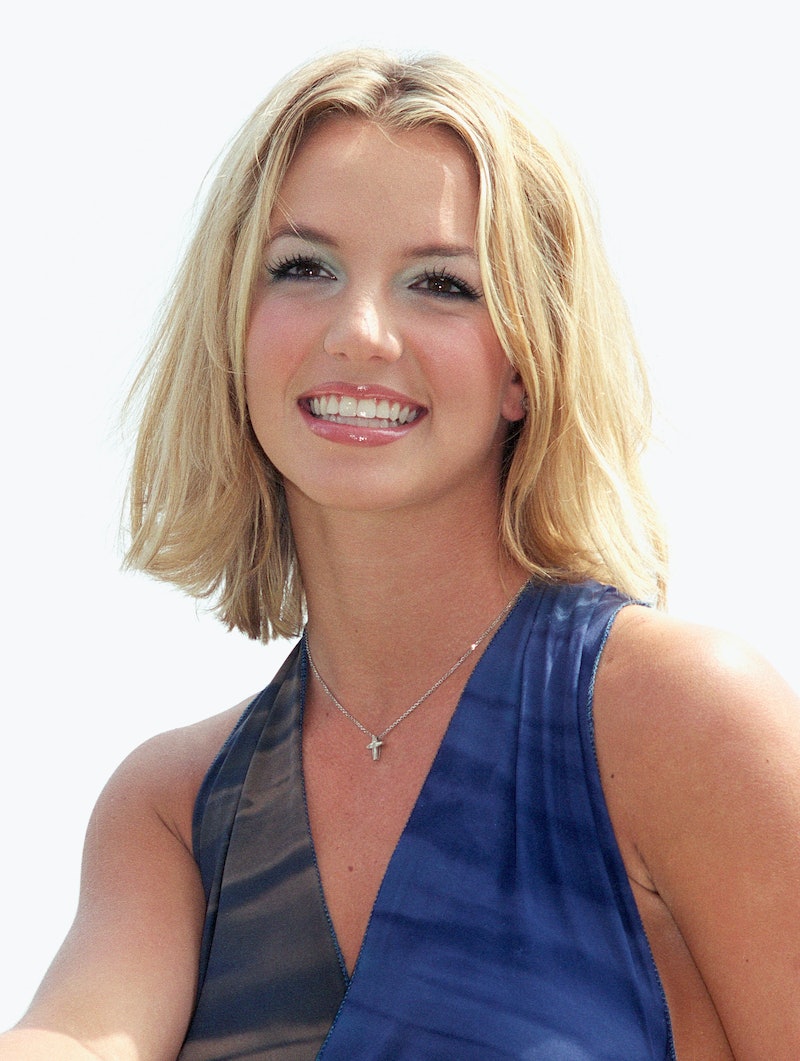 Everyone's favorite princess of pop, Britney Spears, has been a hot topic of conversation since FX and Hulu's Framing Britney Spears documentary premiered on Feb. 5. The latest New York Times Presents installment follows Spears' multi-decade career, focusing on her late-2000s breakdown, the people around her and in the media who watched it happen, and the controversial conservatorship that ensued. It's a disheartening watch that led many viewers to jump on the #FreeBritney train, including high-profile celebrities Sarah Jessica Parker, Kacey Musgraves, Andy Cohen, Hayley Williams, and more.

The documentary featured brand-new interviews with Spears' ex-assistant Felicia Culotta, Britney's Gram podcast hosts Tess Barker and Barbara Gray, the paparazzo that Spears infamously hit with an umbrella in 2007, and other subjects who have been involved in aspects of the pop star's career. Information about Spears' conservatorship, her distaste for it from the start, and her conservators' reported longtime attempts to profit off her life and career left a bad taste in many viewers' mouths. The documentary also drove many celebrity viewers to express their support for Spears on social media, including Sarah Jessica Parker, who tweeted "#FreeBritney" and "#FramingBritneySpears" on Feb. 7.

Country singer Kacey Musgraves took to Instagram to voice her support, sharing a photo of a young Spears to her story and writing, “Everyone should watch the NY Times documentary on Britney Spears that just came out. Never has one person been so used and abandoned by every facet around her." She continued, "My heart goes out to her. She has always been such an inspiration to me my whole kid/teen life.”

Emmy winner Tamron Hall also took to Twitter to respond to the documentary. "Finally watched the 'Framing of Britney Spears' on Hulu," wrote the talk show host. "It's an understatement to call it heartbreaking. #FreeBritney."

Singer Hayley Williams had a seemingly visceral reaction to the documentary, tweeting, "The Framing Britney Spears doc holy f*ck. No artist today would have to endure the literal torture that media/society/utter misogynists inflicted upon her." The Paramore vocalist compassionately continued, "The mental health awareness conversation, culturally, could never be where it is without the awful price she has paid."

"How Do You Sleep" singer Sam Smith shared Williams’ message about Framing Britney Spears and showed their agreement with a simple downward finger point emoji.

Miley Cyrus was an early supporter of the movement, shouting, "Free Britney," onstage at the 2019 Beale Street Music Festival. During her NFL TikTok Tailgate pre-show Super Bowl concert, Cyrus shouted out Spears again while performing "Party in the U.S.A.," which features a lyric referencing the singer. "We love Britney," said Cyrus during the song.

RuPaul's Drag Race: All Stars winner Shea Couleé tweeted her thoughts regarding the documentary. "Watched #FramingBritneySpears last night. Just WOW," wrote the drag performer. "If there is one take away I got from it. Is that this wouldn’t have happened to Britney if she were a man... it’s absolutely infuriating. And I just want them to #FreeBritney."

Couleé continued with another tweet, writing, "I also have a few questions about the judge’s presiding over her case. Removing Adam Streisand as her counsel due to a 'medical report' that the judge wouldn’t allow him so see is suspect to me." She concluded, "What stake does the judge have in keeping her in this conservatorship?"

Rapper Rico Nasty bluntly tweeted her support for Spears. "Free Britney," she wrote. "Like what the actual f*ck are y'all doing to that woman ...."

Similar to Cyrus' message, Years & Years singer and It's a Sin star Olly Alexander simply posted his love for the "...Baby One More Time" performer, writing on Twitter, "I love Britney Spears."

Musician Courtney Love tweeted her support for the #FreeBritney movement, writing, "#freebritney Thank you @nytimes you did what you could. #wearesorrybritney."

Fashion designer Christian Siriano wrote on Twitter, "Ughg I just want to help @britneyspears so much! Just have to figure out how I wonder?? #Britney."

The Sisterhood of the Traveling Pants actor and poet Amber Tamblyn’s response to the New York Times documentary states, “Framing Britney was a rough watch, much like the [Amy] Winehouse documentary, only we know how that story ended. I hope Britney is freed of that conservatorship -- ‘liberated’ as she says in her own words. It is baffling that any judge would continue to uphold it. #FreeBritney."

Grey’s Anatomy actress Camilla Luddington also took the images and message of Framing Britney Spears to heart. “Just making a list of everyone who has wronged Britney Spears.. this docu is heartbreaking. Also.. #FreeBritney,” she wrote.

Grammy-nominated performer Chika posted her thoughts regarding Spears' ex Justin Timberlake's role in shaping the pop star's image following their breakup. "After watching this Britney Spears doc, I'm realizing (for the millionth time) how sh*tty Justin Timberlake has been towards women," she tweeted from her since-deleted account. "And like... nobody says sh*t."