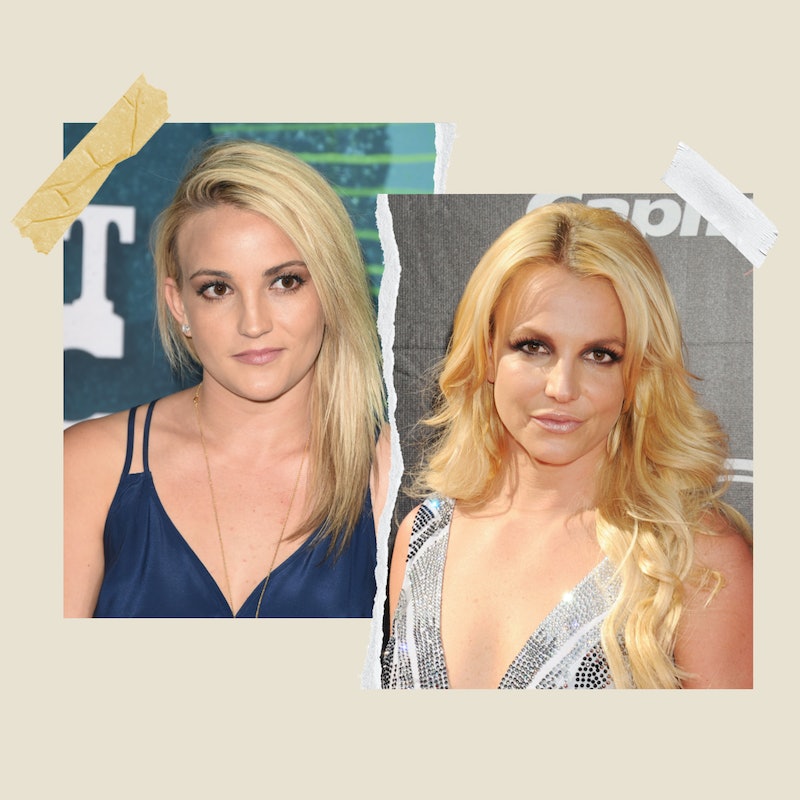 Jamie Lynn Spears isn’t holding back in her upcoming memoir, Things I Should Have Said. In a newly released excerpt from the tell-all that was obtained by People, the former Nickelodeon star reflects on her teen pregnancy, including the pressure she faced to get an abortion and the reason she couldn’t share the news with her older sister, Britney Spears.

“My team believed everyone outside of the inner circle was a potential threat,” Jamie Lynn writes, adding that she was advised not to tell the pop star because it was “too risky.” “I needed her more than ever and she wasn’t able to help me in my most vulnerable time,” she continues. “Britney’s condition was spiraling into something more concerning. They were concerned her instability at the time made her untrustworthy.”

Jamie Lynn got pregnant with her first child in 2007, the same year that Britney made headlines for having a “breakdown.” “I went along with what my team told me to do because I was a minor and didn’t want to create any more issues,” she writes, explaining that she was only 16 years old at the time. “Britney learned of the pregnancy when the article was released. To this day, the hurt of not being able to tell my sister myself lingers.”

In addition to not being able to tell her sister, Jamie Lynn was facing a ton of pressure from her parents and her team to get an abortion. “Everyone around me just wanted to make this ‘issue’ disappear,” she recalls, adding that her phone was taken away and she was pulled out of school. “Everyone had their own opinion about what was best for me. One person after another — and there were many — came to my room trying to convince me that having a baby at this point in my life was a terrible idea.”

Jamie Lynn’s father, Jamie Spears, was among those who felt that abortion would be the best course of action. According to Jamie Lynn, he also considered sending her to a home for unwed mothers so that she could eventually give the baby up for adoption, which she refused. In fact, things got so tense between the Zoey 101 star and her parents that she threatened to file for emancipation. “I spent days agonizing with my pending decision,” Jamie Lynn remembers. “But I followed my gut and instructed my new lawyer to go ahead and draw up the petition.”

When her mother was served the papers, she called the team to discuss how to move forward. According to Jamie Lynn, her family was very concerned that she would marry her then-boyfriend and give him access to her earnings. “Simultaneously, my sister was experiencing her own breakdown, and media speculation about her wellness and our family already had the paparazzi swarming,” she writes. “Everyone involved with my saga reluctantly agreed that we needed to do what was best to avoid any more negative media attention.”

Jamie Lynn announced that she finished writing her tell-all in October, explaining on Instagram that the process forced her to be “painfully honest” with herself. “Back In 2017, after Maddie’s life-changing accident, I felt a strong conviction to share my story,” she wrote, referring to the ATV accident that trapped her then eight-year-old daughter underwater. “But there was a lot of personal work and healing that had to happen before I could share my truth the proper way.”

The book comes at an interesting time. Britney is in the thick of an ongoing legal battle to end her 13-year-long conservatorship, and the sisters have made it abundantly clear on social media that their relationship is strained. At this point, it remains unclear if Jamie Lynn will address the singer’s conservatorship in the book. What is clear, however, is that she will dive deep into the ups and downs of her own mental health journey.

“I know I still have ALOT of learning to do, but I feel like finishing this book gave me closure on this ‘30 year long’ chapter of my life, and hopefully helps anyone else out there who forgot their worth, lost their voice, or is trying to break an unhealthy cycle,” she wrote. “I want you all to know, YOU matter, YOUR story matters, YOU are enough. And don’t ever let this world try to convince you otherwise.”