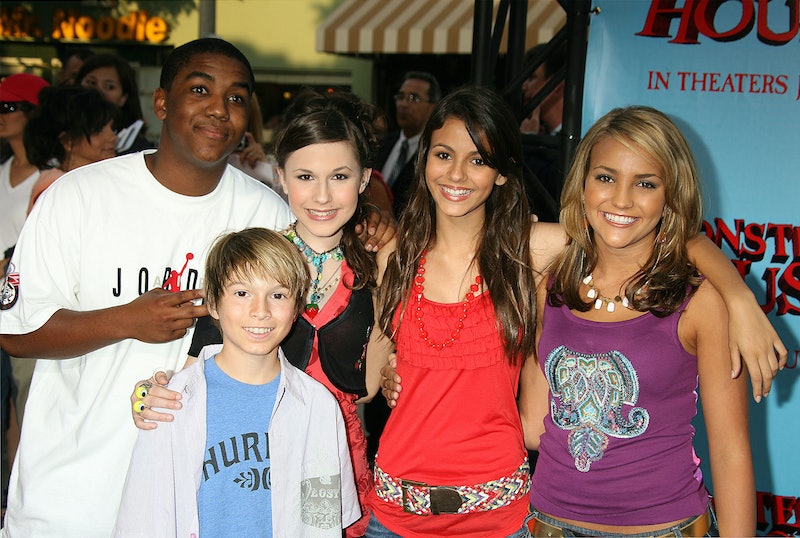 From the cast reunion on All That to the new, star-studded version of “Follow Me,” 2020 was a big year for Zoey 101 nostalgia. But one PCA alum isn’t exactly Jet X-ing his way to take part in another cast get-together. Paul Butcher, who played little brother Dustin to Jamie Lynn Spears’ titular Zoey, shared his feelings while taking part in a recent TikTok trend, which features a slowed-down version of t.A.T.u.’s “All the Things She Said.” You know the one.

The trending sound, which has amassed 45,000 videos, is often accompanied by people acting out a court sentencing, then melting down when the chorus kicks in. The sentences are typically in-jest references to things people don’t like very much, like “100 years of men explaining to you what crypto is” or “walking back to your seat after bowling.” In Butcher’s case, the dreaded sentence is life in jail with his Zoey 101 castmates, with Spears at the center of the photo. “One reunion was enough 🥴,” Butcher wrote, acknowledging in the comments that the premise would make for good TV. “I would watch this episode of Zoey tho,” he added.

It looks like Butcher wasn’t being completely serious. At least, not about every co-star. After one commenter asked, “What about Sean [Flynn],” Butcher wrote that “it’s just for jokes. Everyone’s great❤️.”

For what it’s worth, Butcher and Spears follow each other on Instagram. However, Butcher hasn’t shied away from the #FreeBritney discourse. As E! reported last year, Butcher wrote on his Instagram story that Britney “deserves to be free to enjoy this world and truly shimmer like she always has” following the court hearing in which the “Stronger” singer said her “whole family did nothing” to help during her conservatorship.

“It breaks my heart hearing what Britney had to say and hearing what she's been through,” he wrote. “From someone who’s known her first hand, I used to be in awe and look up to her as a kid in pure wonder.”