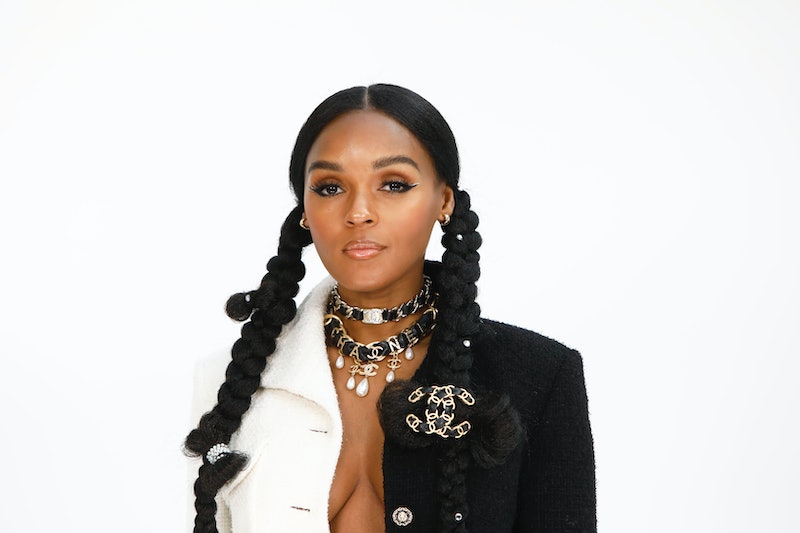 Attention all Marvel executives: Janelle Monáe wants to play X-Men’s Storm in the MCU. The singer opened up about her desire to play the weather-controlling superhero in an interview with Empire, published on July 7. And she already has an idea of how she could be introduced to the massive franchise: in Black Panther 2.

As it turns out, Monáe was workin on Dirty Computer, her third studio album released in 2018, in Atlanta, Georgia, at the same time that Ryan Coogler started production on Black Panther. Marvel stars Lupita Nyong’o, Chadwick Boseman, and Michael B. Jordan would, according to the singer, visit Monáe in her studio. And she admitted to Empire that she has brought up the possibility about nabbing a role in the upcoming sequel.

“I definitely have thrown it out there,” Monáe said. “One of my dreams has always been to play Storm. I don’t know if she comes in Black Panther, but it would be a dream to have her in it. I don’t know where they are with that.” Marvel fans might already know that Storm and Black Panther are actually married in some Marvel comics, and, now that Marvel Studios has acquired the rights to X-Men, it would be a natural fit to bring her into the sequel.

“A lot of women have played Storm and they’ve done an exceptional job," Monáe added, "And I would love to be in that line of artists and get to do Storm justice.” Also known as Ororo Munroea, Storm is a weather-controlling mutant who has been played by Halle Berry (X-Men: Days of Future Past) and, most recently, by Alexandra Shipp (X-Men: Apocalypse, Dark Phoenix).

On Twitter, users expressed full support of Monáe’s mutant ambitions. In fact, some even took it upon themselves to create illustrations that re-imagined the singer as the superhero.

Of course, Monáe is no stranger to the big (and small) screen. Her film and TV credits include Hidden Figures, Moonlight, Harriet, and, most recently, the Amazon Prime Video series Homecoming. The Grammy-nominated singer headlines the second season of the psychological thriller as a military vet who wakes up in a rowboat with no recollection of who she is.In an interview with Entertainment Weekly in May, Monáe spoke about stepping into her first lead TV role. “I took a lot more risks,” Monáe said. “I love talking through the scenes with the director and the rest of the cast, troubleshooting things. I just felt in good hands the whole way, and it felt like family. For that to be my first experience, it’s going to be one that I’ll never forget.”

Between Monáe's extensive TV and film credits, the ball is very much in Marvel's court.