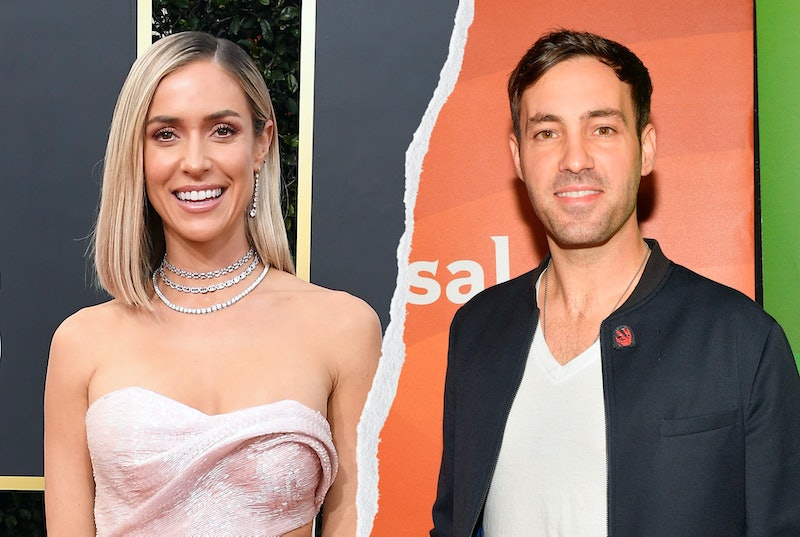 Kristin Cavallari and Southern Charm's Austen Kroll have been the subject of dating rumors recently, and now the Laguna Beach alum's other rumored boyfriend has entered the chat. On Monday, Dec. 14, the reality star seemingly squashed the Kroll rumors on Instagram, writing that she was unaware that she "wasn't allowed to have FRIENDS that are guys." The following day, comedian Jeff Dye — who Cavallari's been linked to since October — posted his own cryptic message on social media. "He wishes," he tweeted alongside a wink emoji.

Many have since interpreted Dye's tweet as a nod to the dating rumors. Cavallari and Kroll made headlines after they were spotted dining together with friends over the weekend. Their friend Justin Anderson documented a post-dinner dance party on Instagram Live afterward, which featured Cavallari propped on Kroll's shoulders. The Live fueled romance rumors since it all came a few weeks after Southern Charm’s Madison LeCroy confirmed that she and Kroll split, revealing that she's "one thousand percent single" in an interview with Us Weekly.

Cavallari and Dye, on the other hand, were spotted kissing in Chicago in early October, per images captured by TMZ. The rumored romance came after Cavallari announced that she and husband Jay Cutler would be divorcing after 10 years together.

In an Instagram post shared in April, Cavallari said that she and Cutler — who share children Camden, 8, Jaxon, 6, and Saylor, 5 — simply grew apart. "With great sadness, after 10 years together we have come to a loving conclusion to get a divorce," she wrote. "We have nothing but love and respect for one another and are deeply grateful for the years shared, memories made, and the children we are so proud of."

While Cavallari and Dye have yet to publicly confirm their relationship, a source told Us Weekly in November that the two have a lot of chemistry but that Cavallari "isn't looking for someone serious right now." "They're very into each other and Jeff is so obsessed with her," the source said. And while Cavallari "can have a dominant personality," it's reportedly one of the things he likes most about her. "Jeff is hoping that their relationship will progress and [to] get closer to her," the source added.

More like this
Who Is Nick Cannon Dating & How Many Kids Does He Have?
By Jordyn Tilchen and Radhika Menon
Kevin Kreider Finally Asked Out Kim Lee On 'Bling Empire'
By Brad Witter
Hamza Yassin’s Love Of Dance Started At Scottish Ceilidhs
By El Hunt
The Real Housewives Of Potomac Break Down The Season 7 Premiere
By Jake Viswanath
Get Even More From Bustle — Sign Up For The Newsletter