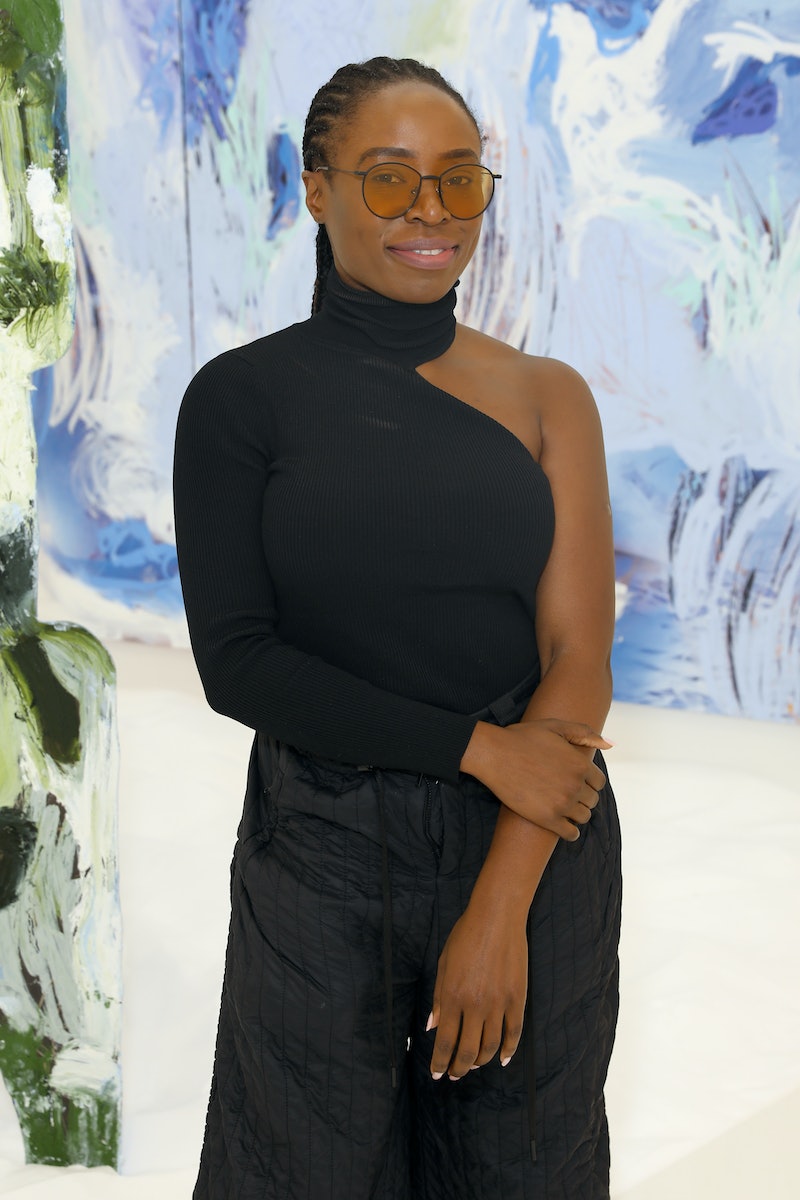 If you missed Beyoncé dropping the monumental visual album, Black Is King exclusively on Disney+ – where have you been? (And, go catch up, immediately.) A follow up to her 2019 soundtrack The Gift, it’s a retelling of The Lion King, in which each song has its own video shot at various locations around the world – including South Africa, Ghana and the UK – putting that unmistakable Beyoncé stamp on every track.

But, this isn’t a solo project per se. Black Is King is packed with collaborations, both on and off the screen. Beyoncé teams up with talents including Tiwa Savage, Pharrell Williams, Tierra Whack, and of course, husband Jay-Z on the music front. And behind the scenes, there's a strong team of Black creatives, including Nigerian-British director and artist Jenn Nkiru.

Nkiru describes her style as “Afro-surrealism”, expertly combining Black histories, cultures, and archival materials with cosmic dream-like elements, which completely aligns with the Afrofuturism themes of Black Is King – and makes for a visual treat. Nkiru was given the task of bringing undoubtedly one of the most loved tracks from the album to life – Brown Skin Girl. A love letter to dark-skinned women, and mainly filmed in London, it centres on debutants in beautiful gowns, with a couple of A-list cameos for good measure. Naomi Campbell, Lupita Nyong'o, and Kelly Rowland all make an appearance, as they are serenaded by Beyoncé singing their names.

So, how did this bright young talent from Peckham end up working with the Queen Bey herself? Well, this isn't their first collaboration. Nkiru was second unit director on the music video for APES**T back in 2018, which saw the Carters take over the Louvre in Paris.

Now in her early 30s, Nkiru has been making exciting short films since she was in her teens – her first commission made with the BBC and the Tate, aged 15, told the story of an alien dropped on earth. Aged 20, she left London to study film directing at Howard University in Washington DC, but returned to explore the underrepresented Black British experience, per the Financial Times.

In 2014, she made En Vogue, an experimental high-energy short film about New York's Voguing and Ballroom underground sub-culture. In 2017, she worked with the Tate again, on a film showcasing women artists for International Women’s Day. And the same year, she directed Black Star: Rebirth Is Necessary, a powerful exploration of Blackness that featured archival footage from the godfather of Afrofuturism, Sun Ra and the Black Panther Party, and won her the 2018 Canal+ Award. Speaking to Cultured last year, Nkiru said Rebirth Is Necessary "came at a time when I was frustrated as an artist; I wasn’t really being given the opportunity to make the works that I wanted to make using the language and approach I wanted to use." She went on to make Black to Techno, a "cosmic archaeology" commissioned by Frieze and Gucci in 2019, which explores the often overlooked roots of Techno in Black music and culture.

Going from strength to strength, this July she was shortlisted for the coveted 2020 Film London Jarman Award, which highlights some of the best innovative and experimental artists in the UK. The winner is due to be announced on November 24 – and Nkiru definitely gets our vote.