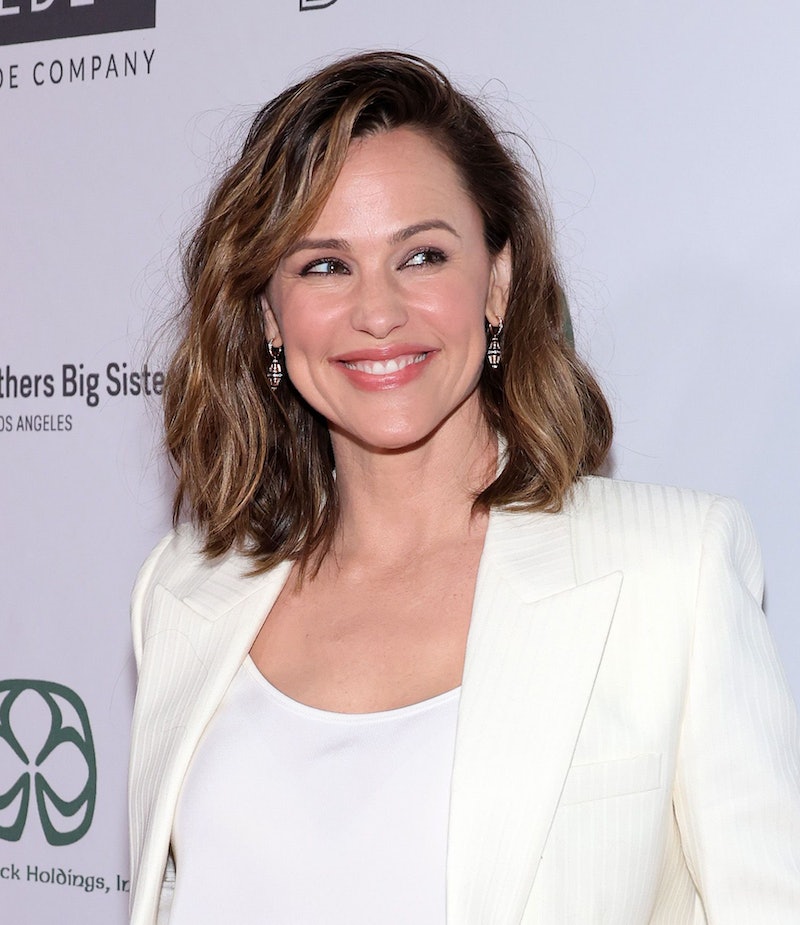 Every once in a while, Jennifer Garner treats the internet to a video of her doing something extremely ordinary yet surprisingly hilarious. A year ago, it was her viral cleanup of her “befouled” cat Moose, a nearly two-minute experience that gave fans a day’s worth of serotonin and the antidote to stressful events. Now, it’s the New Year’s Eve edition of her Pretend Cooking Show, a similarly delightful and mishap-riddled video tutorial on how to make Sara Foster’s Black Bean and Sweet Potato Chili.

The Adam Project star (aka “this old gal”) posted the video to her Instagram on Dec. 30, explaining that one of her new year’s resolutions is to enjoy more meatless meals. Foster’s recipe, which Garner called “an old favorite,” fits the bill, and she noted that “it’s great in enchiladas, tacos, a thermos on a snowshoe walk.” Still, even though she obviously has a lot of experience with the recipe, her cooking lesson on it isn’t quite up to, say, Ina Garten’s standards.

Her battle with “the dreaded onion” quickly sets the tone for the video. After showing us footage of Gwyneth Paltrow skillfully chopping an onion (albeit with some tears), Garner chops hers as she contorts her face and attempts not to cry. Although she gets through the onion, the series of little unfortunate events only escalates.

Garner’s knives are another problem as she works with bell peppers and garlic. “They need to be sharpened,” she admits. “Ina would never cook with knives this dull.”

Ina would also never let her onions get too brown, which Garner does, telling viewers to “look away!” However, she’s undaunted and starts singing “The Christmas Song,” by Nat King Cole, stopping to wonder about the lyrics. The part about “a turkey and some mistletoe” makes her want to get a bird herself, and apparently forget that this is supposed to be a meatless meal.

Missing jalapeno peppers are the next obstacle, but — solution! — the actor just uses pretend ones instead. After that, things look like they’re progressing pretty well, but she does tell the camera, “I want you to notice that I didn’t prep in advance. I did that on purpose to teach you that it’s probably better if you do.”

Acting is definitely a better day job for Garner than working as a cooking instructor, but it’s charming watching her have fun with it, setbacks and all. To be honest, her Pretend Cooking Show videos on Instagram are a way better representation of most people’s dinner prep than the real deal. Dull knives, onion tears, and missing ingredients are all part of the process — and with Garner, they even come with quotes like “Heavens to Murgatroyd… The ways that we are asked to persevere in this life…”

Fans were all about the ride, and one even dubbed Pretend Cooking Show their “favorite cooking show” in the comments. And yes, the famous host successfully inspired others to cook the chili themselves. “Ooohhh, this would probably be a great thing to make ahead and use for lunches during the week!” one follower wrote, in part. Another added, “I love this idea, it’s officially on next week’s dinner list!”

More like this
Dolly Parton Released 4 New Baking Mixes With Duncan Hines
By Alexis Morillo
Jennifer Coolidge Recites “Jenny From The Block” Beside J.Lo In Her First TikTok
By Jake Viswanath
Jennifer Coolidge Hunted For Jewels & Lashes In J.Lo’s Hotel Room
By Jake Viswanath
The Black Lotus Staff Has "Had Enough" In The 'White Lotus' Spoof From 'SNL'
By Brad Witter
Get Even More From Bustle — Sign Up For The Newsletter
From hair trends to relationship advice, our daily newsletter has everything you need to sound like a person who’s on TikTok, even if you aren’t.