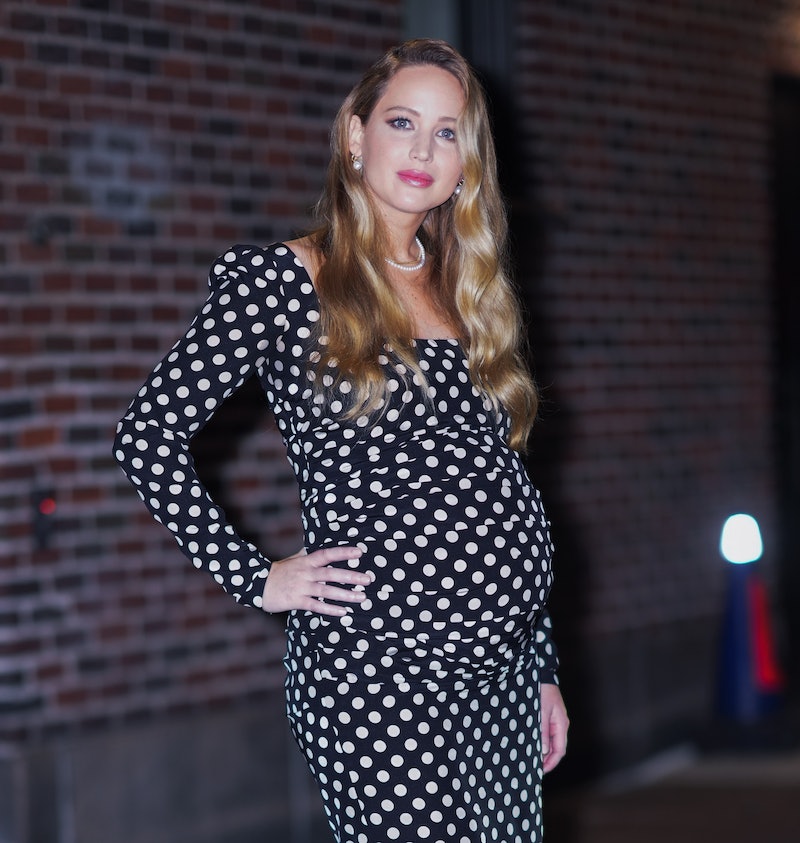 May the odds be ever in J-Law’s favor as a first-time mother. Jennifer Lawrence has reportedly welcomed her first child with husband Cooke Maroney. Public records obtained by TMZ indicate that Lawrence gave birth in Los Angeles County on a yet-unknown date. The name and sex of the baby have yet to be revealed, and neither Lawrence nor Maroney have yet to confirm or comment on the reports.

In November, the 31-year-old actor revealed in a cover story for Vanity Fair that she will likely keep her baby’s life private, meaning fans may have a hard time finding out her child’s name anytime soon. After all, Lawrence has no Instagram presence, and only uses her Twitter account for political advocacy. “Every instinct in my body wants to protect their privacy for the rest of their lives, as much as I can,” she said. “I don’t want anyone to feel welcome into their existence.”

The Don’t Look Up star’s rep confirmed her pregnancy to PEOPLE in September 2021. Later that year, Lawrence opened up about her pregnancy on The Late Show with Stephen Colbert, joking that “I just had a ton of sex” in the past three years when she stepped away from the spotlight and acting.

Lawrence reportedly met Maroney, an art dealer and gallery director, through her BFF Laura Simpson in the spring of 2018 and dated for nearly a year before getting engaged in February 2019. After their engagement, the Hunger Games star told Entertainment Tonight that it was a “a very, very easy decision” to accept Maroney’s proposal. “He’s just the best person I’ve ever met in my whole life,” she gushed. The couple had a lavish Rhode Island wedding later that year on Oct. 19.

Speaking to Vanity Fair, Lawrence shared some of the little things she’s enjoying as a married woman. “I really enjoy going to the grocery store with him,” she said. “I think maybe because it’s almost a metaphor for marriage. ‘OK, we’ve got this list. These are the things we need. Let’s work together and get this done.’ And I always get one of the cooking magazines, like 15 Minute Healthy Meals, and he always gives me a look like, ‘You’re not going to use that. When are you going to make that?’ And I say, ‘Yes, I am. Tuesday!’ And he’s always right, and I never do.”