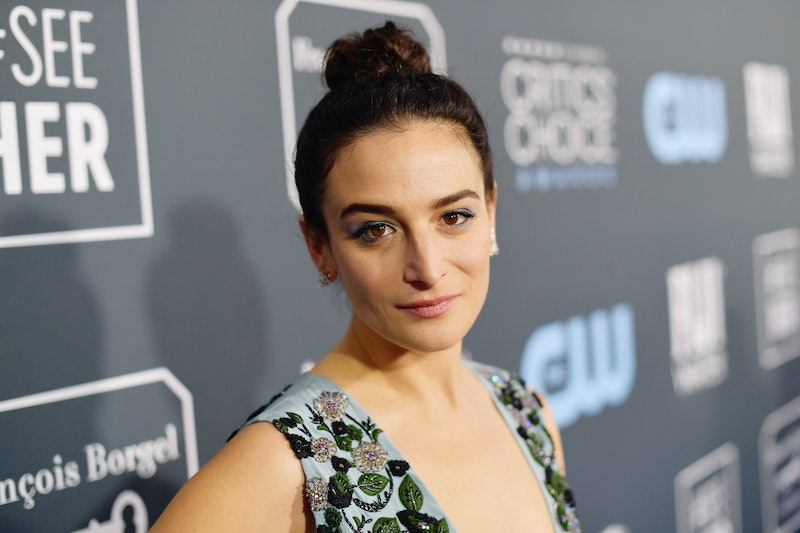 After announcing her pregnancy during a Late Night appearance back in December, actress and comedian Jenny Slate revealed she gave birth to her first child with fiancé Ben Shattuck this week. In an interview with Entertainment Tonight on Feb. 3, she disclosed that the couple had a baby girl and named her Ida Lupine. "Motherhood is the most meaningful thing that has ever happened to me," she told ET's Katie Krause. "I feel really lucky."

While Ida's official birthdate is unknown, Slate likely gave birth in January, as she detailed that her initial pregnancy announcement came "basically like four days away" from her due date. Speaking about having her baby in a hospital amid the pandemic, Slate revealed she had to follow strict COVID-19 protocols but ultimately felt like it was a positive and "rather romantic" experience.

True to her hilarious, dry tone, the Parks & Recreation star said that she's already enjoying this new chapter because Ida is "a good sleeper." More seriously, she continued, "Being a mother is such a joy," noting that her relationship with Shattuck has become even stronger since Ida came along. And speaking about their daughter's name, Slate explained they settled on Ida because they "loved the name," and Lupine was inspired by one of her and Shattuck's favorite flowers.

Slate's baby girl is the latest in a slew of celebrity pregnancy announcements. Just this week, Kelly Rowland gave birth to her second child, a son, and Halsey announced her first pregnancy on Jan. 27. So, congrats are in order for all these Hollywood moms.

More like this
Priyanka Chopra Jonas Opens Up About “High Stakes” Birth Of Daughter Malti
By Radhika Menon
Pamela Anderson’s Dating & Marriage History Could Be Its Own TV Series
By Jake Viswanath
Meghan Trainor & Daryl Sabara Are Expecting Their Second Baby
By Jake Viswanath
Adam Levine & Behati Prinsloo Welcome Their Third Child Together
By Jake Viswanath
Get Even More From Bustle — Sign Up For The Newsletter
From hair trends to relationship advice, our daily newsletter has everything you need to sound like a person who’s on TikTok, even if you aren’t.