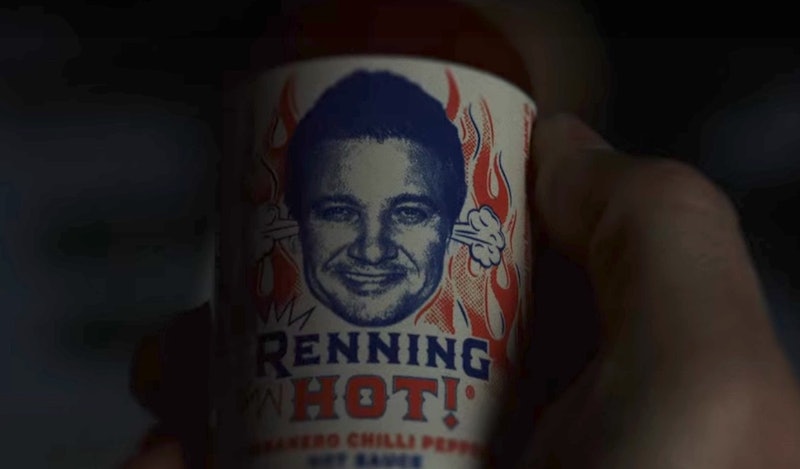 Glass Onion: A Knives Out Mystery includes a huge star-studded cast and plenty of surprise cameos, but it also has something else: unexpected celebrity brands. The first Knives Out sequel incorporates some intriguing celeb-made products into the plot, including a hot sauce created by actor Jeremy Renner, which ends up subtly playing a big role in unraveling the film’s big murder mystery. And according to Daniel Craig and Janelle Monaé’s characters Benoit Blanc and Andi Brand, the hot sauce has a good kick as well.

However, Renner’s small-batch hot sauce in the movie is not something you can actually buy in real life. Much like Serena Williams’ Fitness With Serena program and Jared Leto’s hard kombucha (a product that is not as useful or well-received by Blanc and Andi), the hot sauce is entirely fictional and seemingly made exclusively for billionaire Miles Bron (Edward Norton) in the film. Even if you lived in the Knives Out universe, it would probably be too exclusive for you to taste unless you were lucky enough to get one of those puzzlebox invitations.

It’s not known why the film decided to use Renner as the face of this game-changing hot sauce, but his appearance on Hot Ones could have something to do with it.

In 2021, the Hawkeye star appeared on the Hot Ones series, during which celebrities test their spice limits by testing 10 different chicken wings, with each one increasing the Scoville levels of heat. Unlike most celebs who have to down milk and water after their fourth or fifth wing, Renner famously took all of the hot sauces like a champ — even if he did have a couple water-chugging moments of weakness. Contrary to the video’s title, he did not actually go blind in one eye, even temporarily.

Renner has yet to comment to Bustle or elsewhere about his fictional new venture in the hot sauce industry, but if it inspires a real-life business, it might sell out quickly.

More like this
Here’s Everything Coming To & Leaving Netflix In February
By Jake Viswanath
At 28, Debra Jo Rupp Was Living A Much Different '70s Show
By Grace Wehniainen
Brittany Snow Files For Divorce From Tyler Stanaland After 'Selling The OC' Drama
By Grace Wehniainen and Radhika Menon
Here’s Why Danny Masterson’s Hyde Isn’t In 'That '90s Show'
By Brad Witter
Get Even More From Bustle — Sign Up For The Newsletter
From hair trends to relationship advice, our daily newsletter has everything you need to sound like a person who’s on TikTok, even if you aren’t.