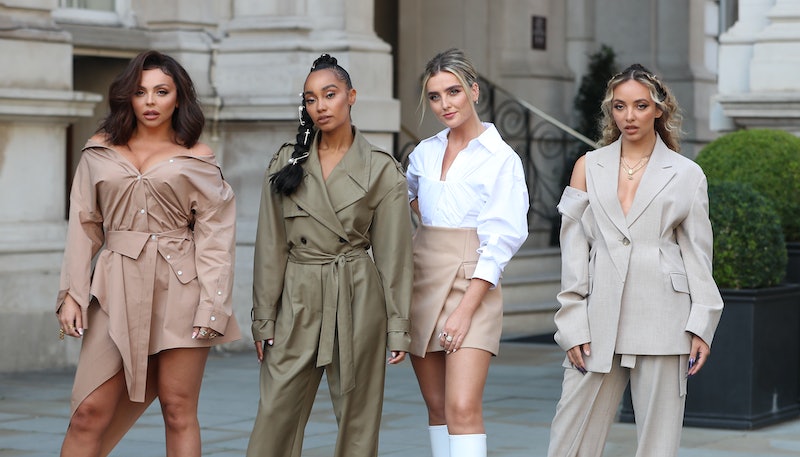 In the lead up to the release of her debut single as a solo artist, “Boyz”, Jesy Nelson opened up to Glamour about life since leaving Little Mix last December. With the single set to drop on October 8, Nelson discussed topics ranging from her journey with body image to romantic relationships to her new music.

In a surprise revelation, Nelson confessed that she hadn’t spoken to former bandmates Jade Thirlwall, Perrie Edwards, and Leigh-Anne Pinnock since her sudden departure.

“It is weird because for so many years we were as close as sisters, together every hour of the day for weeks, sharing beds, laughing, crying just 24/7 the four of us together and then nothing,” she explained.

Little Mix, who formed during The X Factor in 2011, have grown to become a global sensation. When Nelson announced her exit, in December 2020, her fellow bandmates showed their support, releasing a statement that said, “This is an incredibly sad time for all of us but we are fully supportive of Jesy.”

Nelson has opened up before about the pressure she felt during her time in Little Mix. In an interview on Josh Smith’s podcast Reign, she spoke about how “people don’t realise how hard it is to be in a girl band.” She added that there was a “constant comparison” between herself and the others.

Luckily for fans of Little Mix, there was no dramatic fallout or irreparable argument. But, as Nelson explained to Glamour, “there has to be this distance.” She added: “We were so close so you can’t do in-between, there has to be space.”

As Nelson looks forward to launching her solo career, Little Mix themselves are preparing for their next album, Between Us, which is out on November 12.

Nelson ended on a positive note, looking forward to a future where she can reach out to her former bandmates once again. “Hopefully at some point in the future we can all come back together. I love them. They are my sisters in so many ways, but for the time being we just don’t talk.”