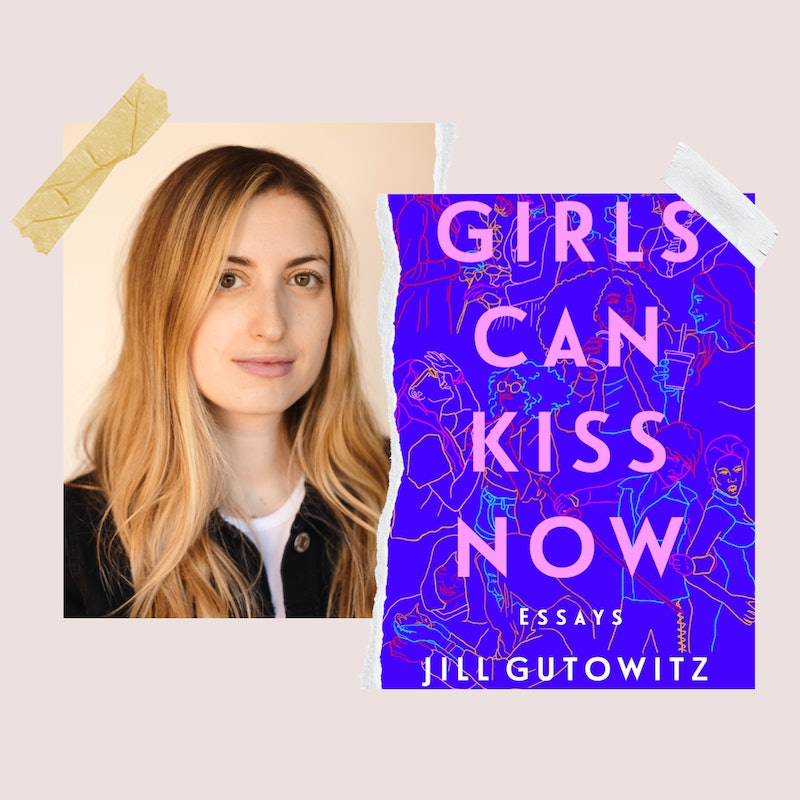 I’ve recently become obsessed with The Bachelor. No, wait, don’t stop reading — I promise it’s not about The Bachelor, or any of the extended cinematic Bachelorverse shows that dangle limply around the two cash cows that are starkly juxtaposed by gender (The Bachelor and The Bachelorette). I mean, this show sucks, right? I love it. Whenever I tell people I’ve recently become obsessed with The Bachelor, or my favorite spinoff — the smuttiest one — Bachelor in Paradise, they act appropriately shocked: What does this show have for Jill, famously and intensely a lesbian? The Bachelor is the pinnacle of heterosexuality; it’s quite literally not for me. Even when they try to veer into the reality that is the End Times, some girl will be like, “I like a man who can show emotion,” and I’m like, THAT’S your measure of excellence? THAT’S where your brain has stopped progressing? You want to date a person who can show an emotion, I — That’s so bare minimum, it’s— Wow, we are living on separate planes. But that’s exactly why I like these shows. It’s a case study: What do these people like? What’s still considered “hot” or “romantic” to them? I mean, the show is popular because there are so many (white) people out there in America who still participate in these long-lost gendered dating “norms,” who watch this show and actually relate to it, who see these contestants and are reminded of their sweet and simple high school boyfriends who smelled like orange Trident gum and didn’t have interests and said things like “Thank a cop today.” The show is a numbing agent, a perfect dosage of dullness. But above all, what fascinates me most is one “norm” in particular. There’s this recurring phenomenon in which each Bachelorette, or any female contestant on The Bachelor, says she loves a man because he reminds her of her own father.

That’s weird, right? Am I being insane or is that weird? Sometimes I fear that I’m so gay that I can no longer even understand or level with people who experience this caliber of heterosexuality. But the longer I watch The Bachelor shows, the more women I see whose eyes well up when they say, “He treats me just like my dad does,” or even “He physically resembles my dad, who is fucking hot” (paraphrasing), the more I desperately try to examine if there’s a Sapphic equivalent to this clearly Oedipal complex these women are suffering through. What would make a straight woman want to fuck her dad?

The easy and obvious answer is that, bubbling not far at all below the surface of these statements, lies a “daddy issue.” But, like everything in the world of queer dating, things are often different for queer women. I’m sure tons of queer women have daddy issues. But I can say with certainty that nearly every queer woman I’ve ever met has some semblance of mommy issues. This isn’t news — I’m not stirring up any genius new psychological developments here. But you know what does seem to be somewhat new? Queer women who want to get their backs absolutely blown out by actresses over 40 years old. Lesbian mommy culture has exploded online in the past few years, and as an active participant in Lesbian Mommy Twitter — a sprawling and ravenous group of women who want Cate Blanchett to step on step on us — I want to explore this place. See, I promised this wouldn’t be about The Bachelor — it’s about Cate Blanchett. And Lucy Liu. And Rachel W — We’ll get there. It’s about the mommy phenomenon— The Phemommynon? —and what makes queer women horny.

Who threw the first brick at Stonewall? Who first tweeted or posted to Tumblr “Step on me, Mom”? Questions that may always plague us. If you’re unfamiliar with queer thirst Twitter, or the phenomenon of horny fans asking hot celebrities to “step on me,” first of all, welcome. One of the more common outbursts is “Step on me, Mom” — “Mom,” because whoever you’re a fan of and whoever is “taking care of you,” more or less, is now your mom, ideally — “step on me” because you’re trash and deserved to be stepped on by your new mom. Does that make sense? The outburst comes in many different flavors, some more violent than others: Brie Larson, punch me in the face — in Captain Marvel, Brie Larson punches an old woman in the face, which, to many fans, felt very “one time she punched me in the face — it was awesome” (Mean Girls). “Rachel Weisz, please choke me” — in The Favourite, Rachel Weisz pins Olivia Colman against her bedpost and chokes her and it’s like, okay, obviously that’s something I want to happen to me. So, we’re really out here pioneering.

I’m less concerned with firsts and more interested in why the Phemommynon happens at all. After all, sexually worshipping someone much older than you is a phenomenon that’s existed in many formats, for a long time. In the 2000s, the era of elder sexual worship I came up in was the era of the MILF (or the DILF). I remember being young and not feeling empowered to participate in either MILF or DILF culture. While my friends were all obsessed with “daddies” like George Clooney or Viggo Mortensen, I felt confused by their cravings. I would try to chime in like, “Mmm, yeah, look at his ... jowls?” I used to think I was just too young to “get” why George Clooney was appealing, or why boys were supposed to drool over women who looked like Stifler’s mom. But queer sexual awakenings often happen in more arcane settings, in clandestine corners where one might not think to look, because what’s hot to a queer person sometimes isn’t what’s spoon-fed to heterosexual people as hot or romantic. It’s like, one day you’re 13, saying, “Uh, I guess George Clooney has a thick voice?” and the next you’re walking out of the 2004 sci-fi thriller The Forgotten and saying, “I don’t know, I just think Julianne Moore is a REALLY good actress,” then refusing to shut up about HOW good of an actress for months.

What I’m saying is, Julianne Moore as a concerned mother in a truly “forgotten” 2000s movie was hot to me. So many of the things I found to be, um, let’s go with “exciting” since it wasn’t quite clear to me at the time that what I was experiencing was horniness, could not be further from what had been traditionally defined to me as “sexy.” Much of what I liked was actually quite maternal, but definitely not in the Stifler’s mom type of way: Whoopi Goldberg safeguarding her fellow nuns in Sister Act was hot. Shannen Doherty as a protective older sister in Charmed was hot. Miss Honey adopting a child and creating the blueprint for cottage-core living in Matilda was hot. Geena Davis leading her team and being butch in A League of Their Own was hot (okay, I think this one is like, objectively, indisputably hot). To me, this is MILF culture. Moms are just hot! Older women are just hot, and not because they’re shape-shifting and taking the form of a 20-year-old girl; they don’t need frosted lip gloss or chunky blond highlights or whatever weird shit was thrust upon “MILFs” in the aughts.

'Girls Can Kiss Now' by Jill Gutowitz
More like this
5 Gripping Books To Read From Women’s Prize For Fiction Winner Ruth Ozeki
By El Hunt
16 Novels That Paint A Realistic Portrait Of Abortion
By K.W. Colyard
Chrishell Stause & G Flip Have “No Rules Or Regulations” In Their Relationship
By Brad Witter
'Mean Girls' ​​Daniel Franzese Spoke Candidly About Conversion Therapy
By Rachel Mantock
Get Even More From Bustle — Sign Up For The Newsletter