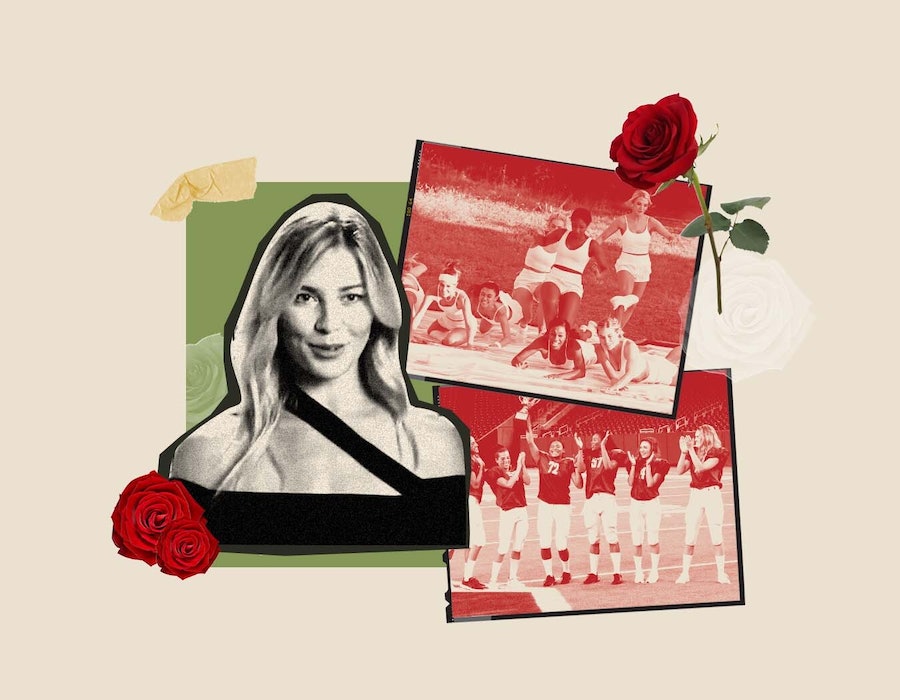 It only took 20 years, but The Bachelor and Survivor have finally become the same show.

When the pioneering reality TV programs premiered in the early 2000s, they couldn’t have felt more different: one was about people on an island eating bug larvae and the other was about women vying for the affection of a handsome businessman.

Nowadays, you could describe both shows in the same way: as a weeks-long elimination battle that requires contestants to form alliances, complete feats of physical strength, disclose personal traumas, and yes, run obstacle courses. They even eat bugs on The Bachelor now. Times have changed.

Clayton Echard’s Bachelor season has felt like the culmination of this melding process. So far, the ex-Mizzou football player’s “journey to find love” has involved a “Relationship Red Flags Obstacle Course,” an intense game of women’s tackle football, and, most recently, an emerging multi-contestant alliance against season villain Shanae Ankney.

As I watched the women shore up each other’s attempts to try to push their hated rival off the show on Monday night’s episode of The Bachelor, I felt like I was watching pre-Tribal Council maneuvering on an episode of Survivor. Multiple contestants even spoke in the royal “we” while criticizing Shanae — a power move that shows you hold the consensus opinion.

“We told you our honest opinions about Shanae and what’s going on in the house and how she’s affected the house as a whole,” Sierra reminded Clayton, backed up by six other women, at the group date.

The dating show’s fandom has started calling some of this behavior “unionizing,” looking to the workplace for a point of comparison, but Survivor is the closest and most obvious analogue for what we’re really seeing here, which is the development of a Bachelor metagame.

As historians of that show have observed, Survivor has had a palpable metagame from the very beginning, perhaps because it was always more explicitly a Game in the traditional sense, with a cash prize and direct competition between contestants.

The Bachelor’s metagame has been slower to develop, by contrast, because it is (ostensibly) about love and only the lead sends people home. We’ve witnessed rudimentary strategies from the start, sure, but it has taken two long decades — and the rise of social media — for Bachelor contestants to start openly approaching it as a game. And even now, doing so is still sure to put a target on your back — look no further than the constant accusations of contestants not being there “for the right reasons.”

Lizzy Pace and Chad Kultgen’s popular Game of Roses podcast — which along with their new book How to Win the Bachelor analyzes the show as a sport — has only accelerated what they see as a “professional era” for the show in which contestants are savvier and more tactical in their approach. Think about this past episode alone, which ended with Shanae on her way to a two-on-one date announcing, “I have a plan. I literally have been scripting everything I’m going to say to him — reading it out loud, writing it out, practicing it over and over so I know what I’m going to do.” That’s not looking for love; that’s grueling training.

Soon, The Bachelor’s motto might as well be “outplay, outwit, outlast.”

Consider also what we have seen with contestants calling out Shanae en masse rather than approaching Clayton about her bad behavior one by one. If it seems like this batch of contestants have studied The Bachelor enough to know that most people who “tattle,” as Pace and Kultgen put it, get sent home, that’s because they have. Many of these women are clearly students of the game. So instead, they’re trying something new: Joining forces.

Part of what’s made The Bachelor more Survivor-like is that the incentives have shifted: There is now, functionally, a cash prize waiting at the end of The Bachelor in the form of Instagram sponsorships and podcast deals. The popularity of spinoff Bachelor in Paradise has also essentially created an alternative goal to falling in love with the lead — namely going on TV again.

Much like castoffs on Survivor’s Exile Island, an eliminated Bachelor contestant can go away to Paradise and then return resurgent, propelling themselves to even greater heights in the game. Both Nick Viall and Colton Underwood even got cast as Bachelor leads after enduring some time in Exile in Paradise.

We’re now seeing contestants openly campaign to get cast on Paradise in their Instagram stories after they get sent home — or, in the case of the recently eliminated Elizabeth Corrigan, posting a Bachelorette-style image to grid, because it’s never too early to start thinking about Season 19. They’re all playing the game within the game, as well they should.

And what I’ve learned about metagames from Survivor is that they only get more complex over time. One season’s strategies are already outdated by the time the next starts filming. This is likely just the start of The Bachelor becoming a more mentally rigorous, chess-like affair.

Once contestants realize that they can affect their trajectory through the show — that they’re not solely at the mercy of forces beyond their control, like producers and the lead — there’s nothing stopping them from becoming self-aware.

“Unionizing” is only the beginning of the terrifyingly complex game plans that we’re about to see. Soon, The Bachelor’s motto might as well be “outplay, outwit, outlast.”

More like this
The Bachelor’s Christina Mandrell Comes From One Of Country Music’s Most Famous Families
By Brad Witter
This 'Bachelor' Contestant Had The Best Reaction To Wearing The Same Dress As Another Woman
By Grace Wehniainen
A Guide To All Of Zach Shallcross' 'Bachelor' Filming Locations
By Brad Witter
The Bachelor’s Greer Blitzer Apologized For “Uneducated, Ignorant” Past Tweets
By Brad Witter
Get Even More From Bustle — Sign Up For The Newsletter
From hair trends to relationship advice, our daily newsletter has everything you need to sound like a person who’s on TikTok, even if you aren’t.