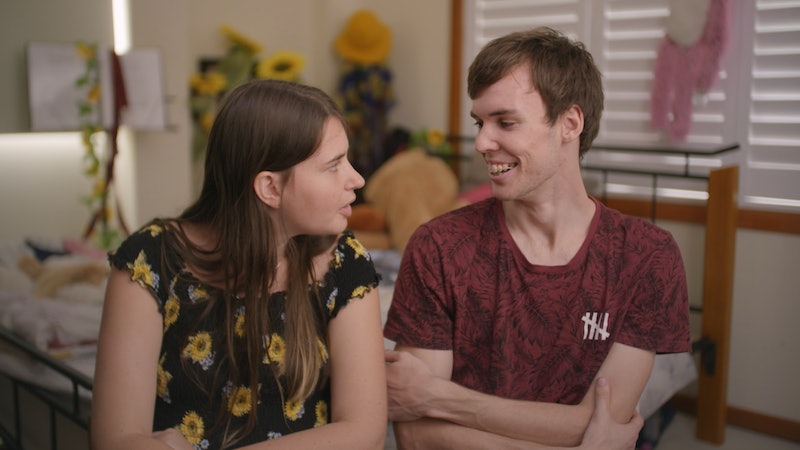 One of the most touching moments in Netflix's Love on the Spectrum comes at the end of the final episode, when Jimmy proposes to Sharnae after serenading her on the beach. The two 21-year-olds, who are both on the autism spectrum, had been together for about three years and recently moved in together. "You cheeky bugger," she tells him afterward, noting he did a good job picking out the ring.

As the two explained in the docuseries, which follows a number of autistic people navigating dates and relationships, they met at a job centre and were instantly attracted to one another. "At that point I didn't even know I was on the spectrum. I just knew I was different, and Sharnae felt similar to me," Jimmy said, adding that it was Sharnae who thought he might be autistic and supported him prior to his official diagnosis at 20 years old.

It's clear from the show that the couple is eager to spend the rest of their lives together, and a title card at the end of the series revealed that they were planning a trip to Las Vegas so Jimmy could compete in a pool tournament, teasing that an "Elvis wedding could be in the cards." But in the eight months since Love on the Spectrum originally aired in Australia, it doesn't look like there have been any updates about whether or not Jimmy and Sharnae have walked down the aisle. Neither of the two seem to be on social media, so fans of the show will have to wait and see if any news comes out now that the show has been released on Netflix.