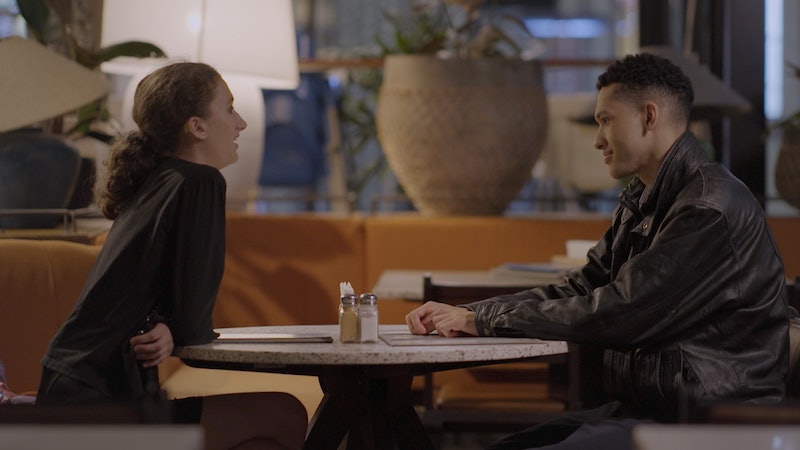 As entertaining as it is to watch two women fight over a champagne bottle, dating shows like The Bachelor tend to feature predominantly white, straight, non-disabled contestants who only reflect one portion of the population. Netflix's Love on the Spectrum is aiming to change that, following a mix of autistic singles and couples as they navigate dating and relationships. The show only premiered on July 22, but it looks like Love on the Spectrum Season 2 is already underway: applications for a second season opened in late June.

The dating docuseries initially aired in Australia in November 2019, and it was one of the most popular shows in the country that fall: according to MediaWeek, its finale episode drew in over 460,000 viewers, making it the No. 1 non-news program. In the process, it's helped to push back against a number of misconceptions surrounding dating on the autism spectrum: chiefly, that autistic people aren't interested in dating and romance.

"The whole idea of intimacy is often shelved because it seems so complicated, or because even parents, teachers, counselors assume that it’s not possible or desirable" for autistic people, Amy Harmon wrote for The New York Times in 2011. "[But] young adults on the spectrum are looking for it, and yearning for it, and could benefit from tools or models or just a deeper understanding on the part of prospective partners about what the challenges are to achieving it."

It's those lack of tools and resources that inspired producer and director Cian O'Clery to make Love on the Spectrum. “The vast majority of autism resources are devoted to early intervention and childhood programs, and the services for young adults are mostly focused on developing work skills and trying to find employment," he told the Australian site Mamamia. “Looking into what help and support there is in Australia for people on the spectrum when it comes to dating and relationships, we found there is almost nothing."

Love On The Spectrum changes that. Throughout the series, the singles attend dating workshops and get advice from relationship expert Jodi Rodgers as they go on various dates. You'll have to watch the full season to find out if any of them found love, but hopefully the cast will keep the updates coming after the show, because it could be a while before Season 2 makes its way to screen. There were about nine months between the time Love on the Spectrum began casting and when it aired in Australia, which means it will likely air abroad in March 2021. And it took another eight months after that before it hit Netflix, which puts a U.S. return date around fall 2021. But hey, maybe they'll take a nod from Too Hot to Handle and do a virtual reunion.