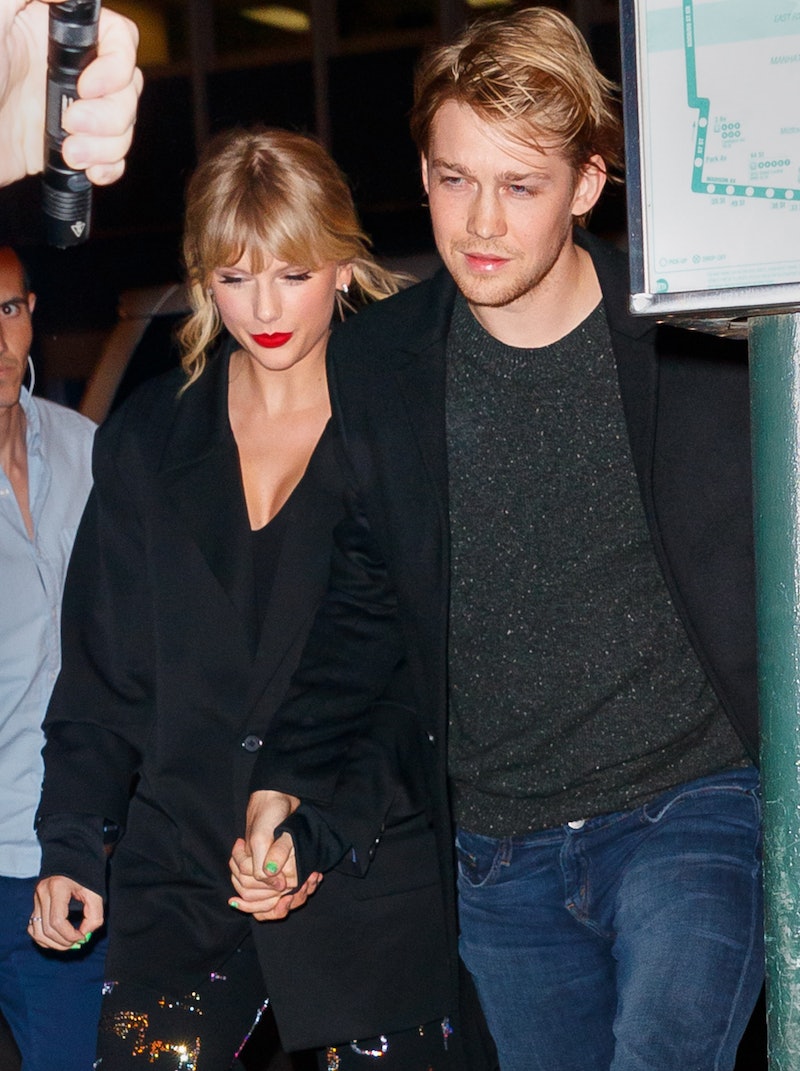 Following in the footsteps of Normal People’s Paul Mescal, Joe Alwyn is the next lead male in Sally Rooney’s television canon. The small screen adaptation of the Irish author’s novel Conversations With Friends debuts on BBC Three and Hulu on May 15, with Alwyn playing the role of Nick. But that’s not what’s currently got people talking. During a recent interview with New York Magazine’s Vulture, Alwyn, somewhat reluctantly, spilled some details about his relationship with Taylor Swift, including his song-writing involvement on Folklore and, even more importantly, the near-constant engagement rumours that surround the two of them.

Having been together for over five years, Alwyn is very much aware of the media regularly dissecting their relationship. “The truth is, if I had a pound coin for every time someone told me I’ve been engaged or I’m getting engaged, I would have a lot of pound coins. If the answer was yes, I wouldn’t say. If the answer is no, I wouldn’t say,” he admitted.

However, what he will discuss in more detail are his writing credits on Swift’s 2020 album Folklore. Going by the pseudonym William Bowery, Alwyn initially didn’t want his name attached to the record as he thought it would distract the listeners.

While Alwyn doesn’t consider himself a musician, he managed to write a verse for “Exile” while “messing around” on the piano, which caught Swift’s attention. “It was completely off the cuff, an accident,” he explained. “She said, ‘Can we try and sit down and get to the end together?’ And so we did. It was as basic as some people made sourdough.”

Alwyn made it abundantly clear that he wasn’t trying to emulate Swift’s tone with his input. He was more inspired by The National, who he had been listening to a lot.

The actor also wrote the chorus for Swift’s song “Betty,” and it all began with him, once again, messing around on his guitar. Recalling the sweet moment that saw Swift encourage him to continue working on the song, Alwyn said: “I’d probably had a drink and was just stumbling around the house. We couldn’t decide on a film to watch that night, and she was like, ‘Do you want to try and finish writing that song you were singing earlier?’ And so we got a guitar and did that.”