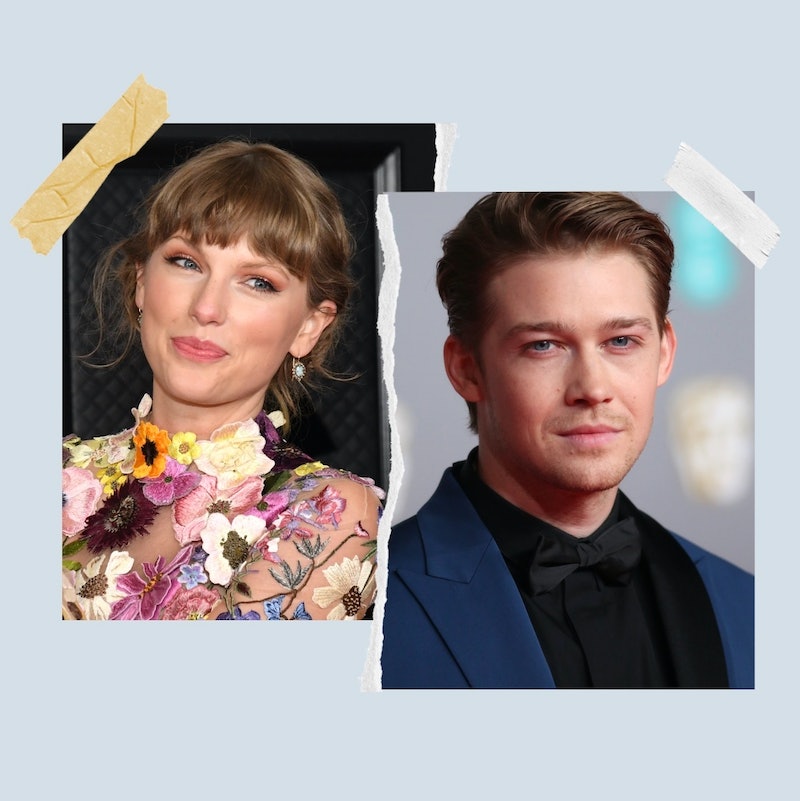 Taylor Swift may be about to start a whole new chapter to write love songs about. Life & Style reported on Feb. 17 that the 11-time Grammy winner is engaged to boyfriend Joe Alwyn after more than five years of dating. Bustle reached out to Swift’s publicist for confirmation or denial about the engagement news, but did not receive a response. However, when Alwyn was asked about the rumors two months later, he only confirmed one thing: He won’t give anyone a straight answer.

In a new interview with WSJ. Magazine, Alwyn laughed off a question about his rumored engagement to Swift. “If I had a pound for every time I think I’ve been told I’ve been engaged, then I’d have a lot of pound coins,” the Conversations With Friends star quipped, before giving his vague final answer. “I mean, the truth is, if the answer was yes, I wouldn’t say, and if the answer was no, I wouldn’t say,” he said.

Swift and Alwyn have faced engagement rumors several times throughout their half-decade relationship. Most recently, the couple sparked speculation after they reportedly went on a low-key couples vacation to Cornwall, England, in January. Some Swifties speculate that the two stars have been secretly engaged — or even already married — for longer than people might realize, pointing to lyrics on her 2019 album Lover, on which she writes wedding vows on the title track and sings “I’d marry you with paper rings” on the ’80s wedding-inspired “Paper Rings.”

Similarly, the “Red” singer and Alwyn have kept their relationship relatively private since they started dating in 2016. Fans speculate that they met at the 2016 Met Gala thanks to Swift’s 2017 Reputation deep cut “Dress,” which includes the lyrics, “Flashback to when you met me, your buzzed cut and my hair bleached.” Swift sported bleached blonde hair at the event, and Alwyn attended with his hair buzzed. However, reports of their relationship didn’t surface until May 2017, and they were spotted in public for the first time the next month.

Swift and Alwyn have rarely spoken about each other to the public, with Alwyn only remarking that he was “happy in a monogamous relationship” in February. However, they’ve worked together professionally multiple times. Alwyn co-wrote several songs on Swift’s 2020 surprise albums Folklore and Evermore under the pen name William Bowery, whose identity was a mystery to listeners until Swift confirmed it was Alwyn in her Disney+ film Folklore: The Long Pond Sessions.

When Folklore won Album of the Year at the 2021 Grammy Awards, Swift thanked Alwyn in her acceptance speech, saying he was “the first person I play every single song that I write” in a rare shoutout. “I had the best time writing songs with you in quarantine,” she added. Weeks after the ceremony, Alwyn’s name was added to the credits of more Folklore tracks, earning him a belated Grammy for his contributions. The couple that wins Grammy awards together stays together.