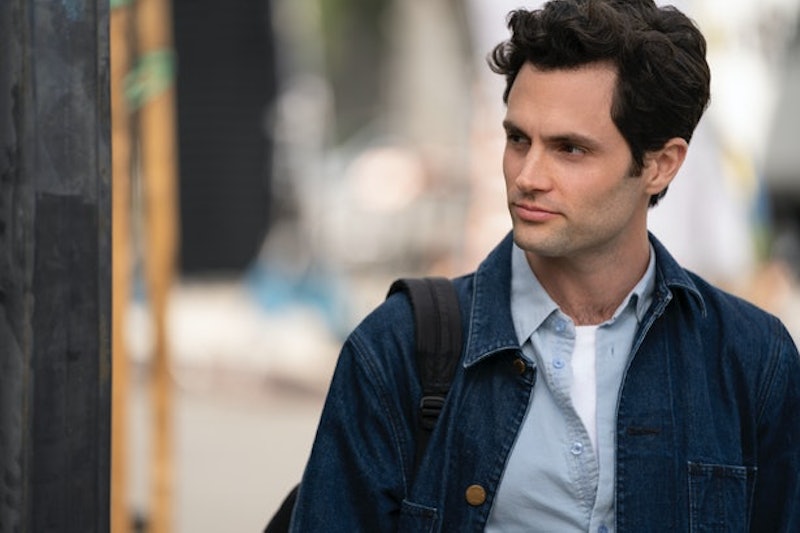 This post contains spoilers from previous seasons of You.

Last time fans heard from creepy stalker Joe Goldberg (Penn Badgley) on Netflix's You, he was settling down with Love (Victoria Pedretti). It's been nearly a year since Season 2 premiered, and Netflix is prepping viewers for Joe's next chapter. On Wednesday, Nov. 18, the streaming service announced his new love interest and several other characters.

First things first, Joe's latest obsession is Natalie, who is played by The Vampire Diaries and One Tree Hill alum Michaela McManus. Not much has been revealed about Natalie just yet, but TV Line described her as "professionally and socially successful." However, like many characters on the show, Natalie is not as perfect as she seems. And unfortunately, she'll soon find herself at the center of Joe's unhealthy universe, which now involves his impulsive girlfriend.

Netflix hinted about Natalie during the Season 2 finale when Joe was speaking about wanting to become a father and settle down. But when he heard a woman laughing nearby, Joe peered into his neighbor's yard and began to weave an alternate reality in his mind, telling himself that fate brought him to this suburb just so he could meet Natalie. "I will figure out a way, a way to get to you," he said.

Production started on Season 3 earlier this month, so it's only a matter of time until this installment premieres and becomes the talk of the internet.

More like this
'The Crown' Season 6 Has Suspended Filming "Out Of Respect" For The Queen's Death
By Bustle Staff
'The Queen’s Gambit' Season 2 Tweet Wasn’t From Anya Taylor-Joy
By Mary Kate McGrath, Jack Irvin and Grace Wehniainen
The 'Freeridge' Cast Shared Their Hopes For A Potential Season 2
By Grace Wehniainen
Ashton Kutcher Wants Danny Masterson “To Be Found Innocent” In Rape Retrial
By Jake Viswanath
Get Even More From Bustle — Sign Up For The Newsletter
From hair trends to relationship advice, our daily newsletter has everything you need to sound like a person who’s on TikTok, even if you aren’t.