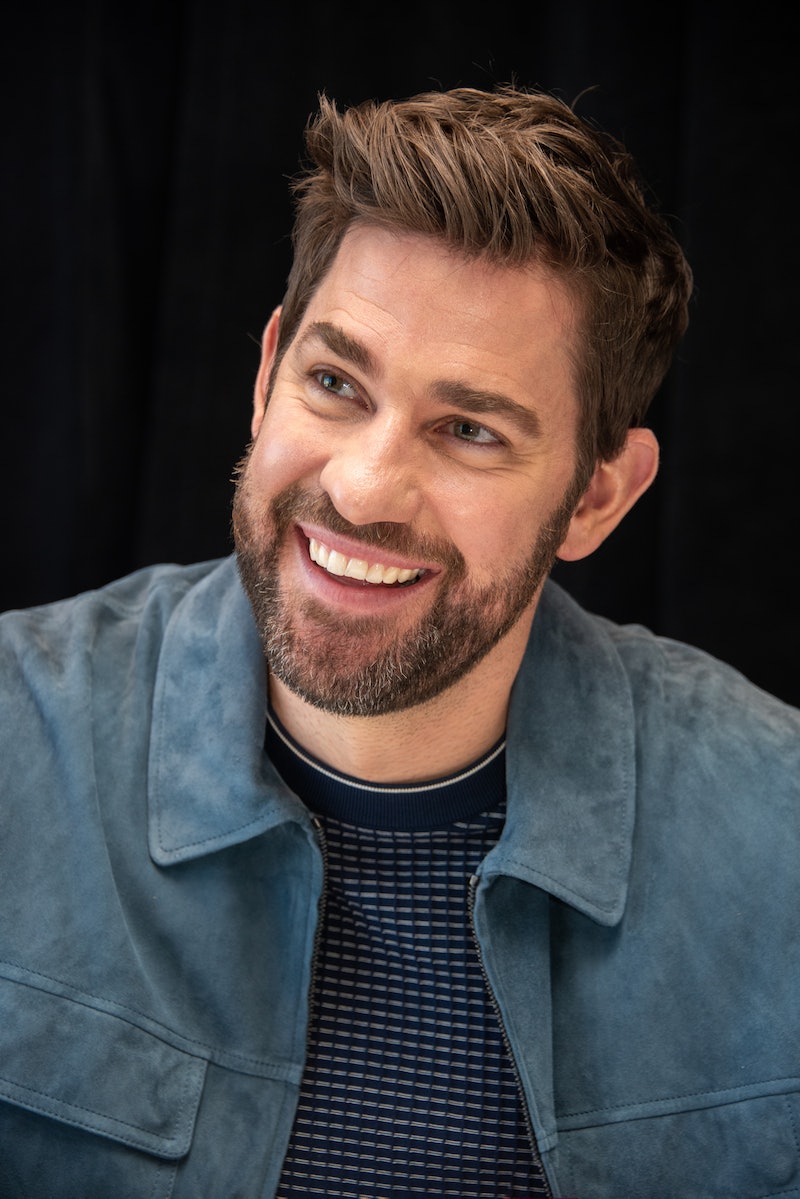 Everyone wants Jim Halpert and Pam Beesly from The Office to be together — including the cast of Saturday Night Live. Not long into John Krasinski's SNL monologue, Alex Moffat interrupted him to ask where Pam was and pester him to "do The Office." Fellow cast members Ego Nwodim and Kenan Thompson soon joined in, asking Krasinski to "kiss Pam" and stop working out for his current role on Jack Ryan because Jim has always been "soft."

After Krasinski grew frustrated by the requests, Davidson stepped on stage to explain that the SNL cast has grown particularly attached to Jim and Pam because they've spent the past year stuck inside watching The Office. Rather than clear up the confusion, he convinced Krasinski to just give them some hope and planted a big one on him (despite the fact that he looks nothing like Jenna Fischer).

And The Office references didn't stop there. During a pre-recorded parody of TV stars singing the theme songs of their shows, Krasinski sang a "long lost" version of The Office's famous theme song that was basically just him describing what all of the characters are doing in the opening credits. "There's Dwight, he's the bad guy. And the hero's name is Jim," he sang.

Krasinski was originally set to make his SNL debut in March 2020. However, his episode was the first to be canceled due to the coronavirus pandemic, when most film and TV productions were forced to shut down. But even if his hosting stint went on as scheduled, he likely still would've had trouble escaping The Office's shadow.

More like this
Michael B. Jordan Tackled His "Public Breakup" With Lori Harvey On 'SNL'
By Brad Witter
The Black Lotus Staff Has "Had Enough" In The 'White Lotus' Spoof From 'SNL'
By Brad Witter
Who Is Pete Davidson Dating? He & Chase Sui Wonders Got Caught Kissing
By Jake Viswanath
Ashton Kutcher Wants Danny Masterson “To Be Found Innocent” In Rape Retrial
By Jake Viswanath
Get Even More From Bustle — Sign Up For The Newsletter
From hair trends to relationship advice, our daily newsletter has everything you need to sound like a person who’s on TikTok, even if you aren’t.