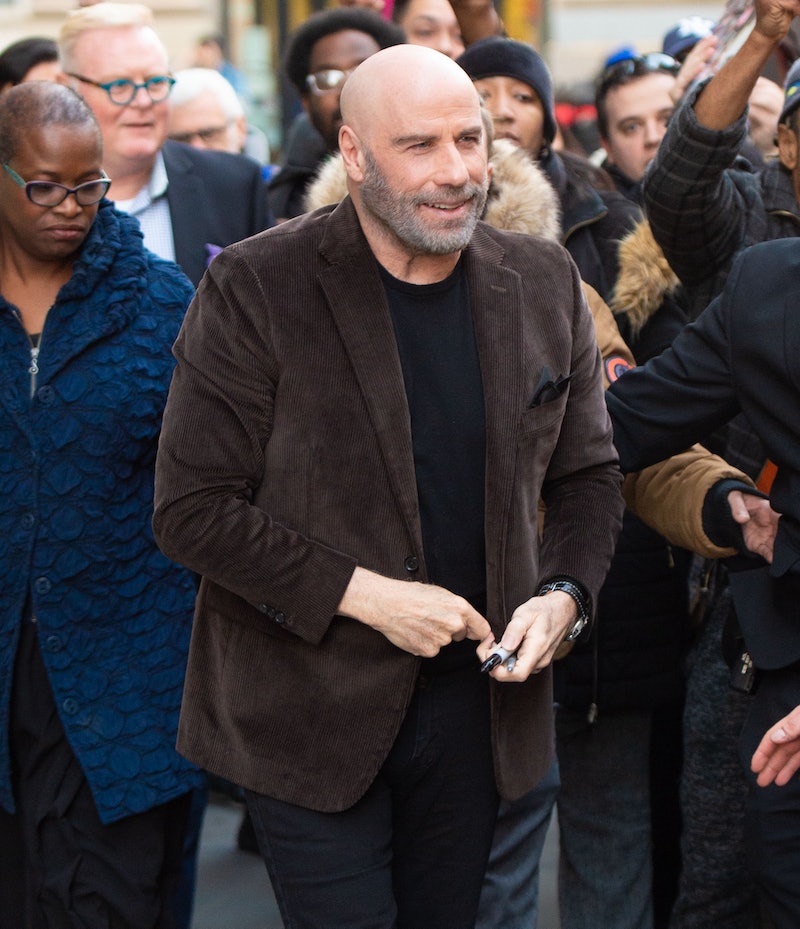 Just days after presenting Will Smith with his controversy-plagued Oscar for Best Actor alongside his Pulp Fiction co-stars Samuel L. Jackson and Uma Thurman, it’s safe to say that few expected to see Hollywood A-Lister John Travolta perusing the aisles of a Norfolk branch of Morrisons.

And yet, in the peaceful market town of Fakenham over the weekend, shoppers were stunned to see the movie star —well known for his roles in Grease, Pulp Fiction and Saturday Night Fever — parading through the fresh fruit section. No word yet on whether Travolta was performing his trademark hip-thrusts from the 1985 romantic flick Perfect. One can only hope…

According to Morrisons’ security guard Gary Middleton, from nearby village Little Snoring, Travolta came into the store flanked by a pair of bodyguards, but “had time for everyone.” The actor reportedly posed for pictures for around an hour, and appeared to be shopping for “everyday items.” He was initially clocked by the bread counter, according to a report by local paper Eastern Daily News.

It turns out that Travolta has been conducting an unofficial tour of the area in recent days; last week, locals claimed to have spotted the star grabbing a bite to eat in Dereham Wetherspoons. Was he in situ to enjoy the chain’s incredibly well-priced Thursday night Curry Club? According to pub punter Jamie Salter, who chatted with Travolta at ‘Spoons, evidence scattered across the table strongly suggested that the actor and his two bodyguards had dined on pizzas and burgers. “I feel extremely lucky to have met him as it certainly wasn’t what I expected to experience on a Thursday night out in Dereham,” Salter said.