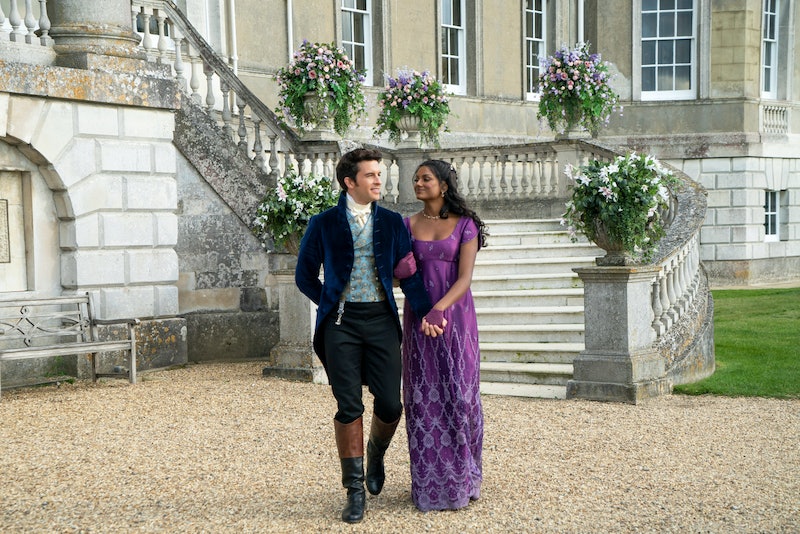 It’s been six months and an untold number of rewatches since Bridgerton Season 2 debuted and introduced Jonathan Bailey and Simone Ashley’s “Kanthony” to the world. For Bailey, that was (rightly) a milestone worth celebrating. The actor marked the occasion by sharing 10 behind-the-scenes photos of himself, Ashley, and the rest of his TV family, and they truly were a gift.

Bailey then went on to note how “chuffed” he is to have received a National Television Awards nomination for Best Drama Performance and thanked the entire cast and crew. “A nomination for one, is a nomination for all,” he continued. “Shout out to the brilliant bridgerton family (cast AND crew), our captain @chrisvandusen and the magical team at @shondaland, but mainly, to our heavenly Vicountess @simoneashley.”

Before concluding, Bailey also made sure to mention that Bridgerton is in contention for Best Drama at the British television awards show and that his co-star Charithra Chandran (Edwina) is up for Best Newcomer. Not surprisingly, his co-workers were also thrilled. Chiming in to tell him so were the likes of show creator Chris Van Dusen, the “heavenly” viscountess herself, and many of his on-screen family members.

The behind-the-scenes moments captured in Bailey’s photos were what Bridgerton matriarch Shelley Conn (Violet) described in a comment as “Beautiful Memories!” In one, Bailey sits in the bath, two rubber duckies in hand. In another, Ashley can be seen snapping a picture of Bailey and Dynevor. In yet another, the entire Bridgerton family (even Kate and Anthony’s baby!) is crowded together for a selfie. There’s dancing, silly faces, and even a cat. And let’s not forget Anthony brooding in fencing gear!

“The most handsome man alive!” one fan commented. Another let Bailey know the photos still weren’t enough. “Need more!!!!!!!” they wrote. Yet another Bridgerton diehard showed their appreciation, writing, “Thank you for sharing these gems with us … Happy 6 months anniversary!”

The enthusiasm again shows just how much fans loved Season 2’s slow-burn, enemies-to-lovers story and the chemistry between Anthony and Kate. Although Season 3 will shift focus to Colin’s relationship with Penelope (Nicola Coughlan), Bailey and Ashley have been clear that we’ll see more of their characters. “Kate and Anthony are just getting started,” Ashley told Deadline in March. Teasing what we can expect in an April Harper’s Bazaar interview, Bailey promised more looks at them as parents. “I think they’ll really come together to be incredible, loving parents, and that’s gonna be joyful to see,” he said.

More beautiful memories are definitely on the way.

More like this
The First Trailer For 'That '90s Show' Includes So Many Nods To The Original Series
By Jack Irvin, Alyssa Lapid and Grace Wehniainen
Ciarán Griffiths Is Making His 'Corrie' Comeback
By Catharina Cheung
'Doctor Who's New Companion Has Been Winning Acting Awards Since She Was 18
By Shahed Ezaydi
Millie Gibson Still "Can’t Believe" She Was Cast As Doctor Who's Companion
By Brad Witter
Get Even More From Bustle — Sign Up For The Newsletter