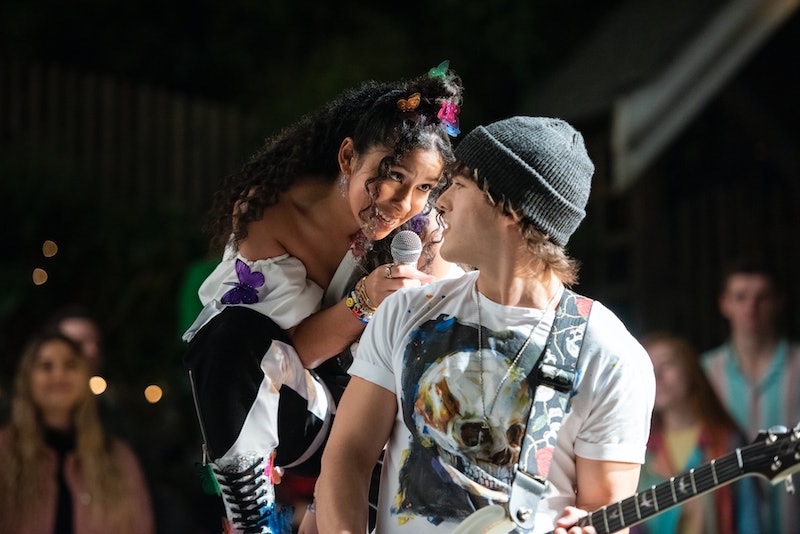 Spoilers ahead for the Julie and the Phantoms Season 1 finale. Though Netflix hasn't yet renewed its new teen musical series, Julie and the Phantoms, for Season 2, the Season 1 finale certainly sets the show up to continue. Just as Julie's former crush Nick is on his way to win her back, the evil ghost Caleb Covington possesses Nick's body. Caleb wants to own the souls of Luke, Reggie, and Alex — the three ghosts Julie teams up with to form a band — and he'll clearly do whatever it takes to achieve that goal, including impersonating a teenager in love. This could, quite obviously, have dangerous implications for Julie and the crew in Season 2. (Side note: is the real Nick dead now, or is Caleb just borrowing his body?).

A second season also needs to better explain exactly how the ghost band was saved. After refusing to go with Caleb but also failing to cross over to the other side, the boys should have ceased to exist. Instead, Julie gave them a big hug after their final show and her love/tears brought them back to full strength. They were glowing and seemingly even more powerful than before. Julie may have thought the band saved her by reigniting her passion for singing, but she also saved them.

Then there's the whole storyline about Julie's mom. She died before the events of the show, but Julie found an old Sunset Curve T-shirt in her things. Luke, Reggie, and Alex died in 1995 before their band Sunset Curve could break big, so this suggests they may have known Julie's mom (perhaps she's even Rose, who worked at the club on the night the boys died.)

Should Julie and the Phantoms be renewed, any answers will likely come in fall 2021, as Netflix shows typically air about a year apart. Until then, the catchy soundtrack will have to tide you over.