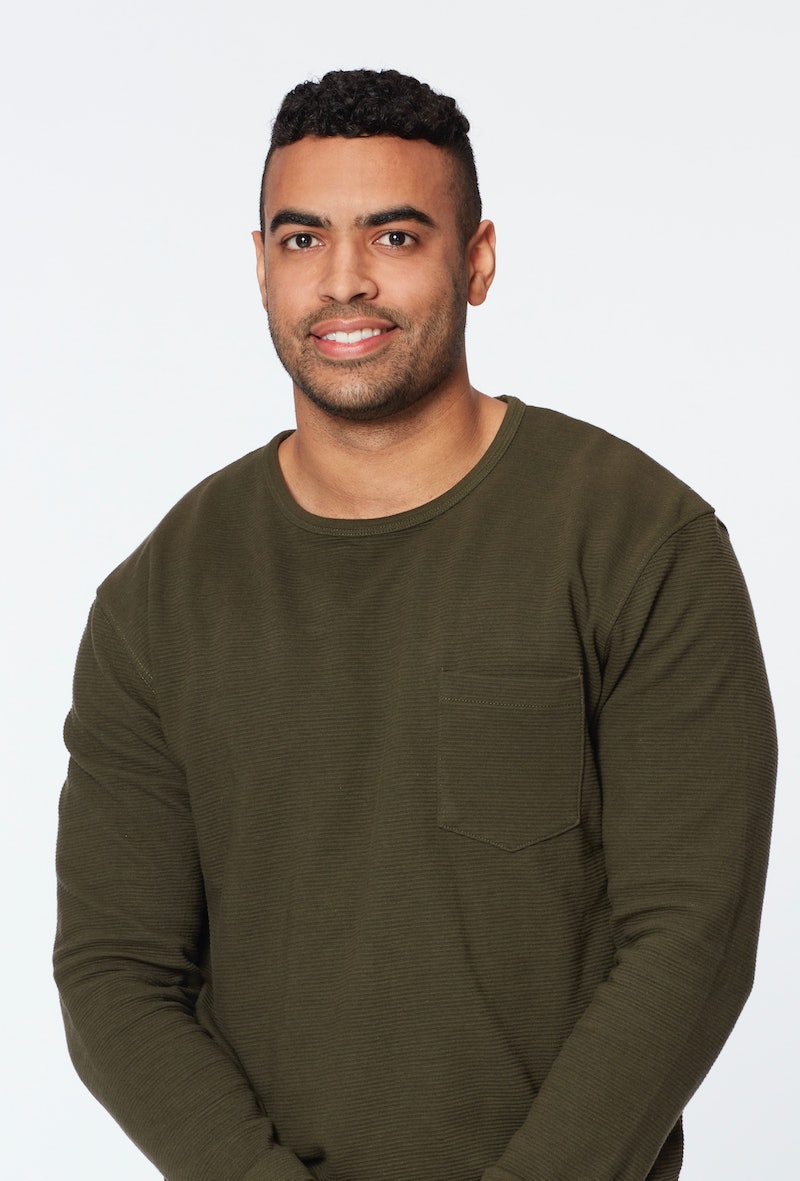 Justin Glaze may be best known among Bachelorette fans for his gif-able facial expressions, but he’s also emerged as a solid contender for lead Katie Thurston’s final rose. After scoring the coveted first kiss on night one, the two finally went on a one-on-one date during the July 12 episode, during which Katie let her guard down and shared that the man who raised her wasn’t her biological father.

“My mom kept that a secret,” Katie said, explaining that she had a difficult time processing the death of the man who raised her while also deciding if she wanted to build a relationship with her biological father.

In response, Justin told Katie that her strength “continue[s] to amaze” him and that he was honored she chose him to be on the date. “I want to know everything about you. It’s what makes you, you,” he continued. “I want to know how I can support you and affect you in a positive way. I’m really looking forward to what’s to come.” After the date, Katie said that she felt “taken care of,” adding, “It’s crazy to see how one date can change everything.”

Since it seems like Justin will be sticking around for quite some time, here’s what else to know about the 27-year-old from Baltimore.

Justin appears to be a well-rounded and well-cultured contestant. The former track and field athlete works as an investment sales consultant but seems to have a good handle on balancing his buttoned-up career with a more relaxed lifestyle. He shares in his ABC bio that he loves a good barbecue, counts Basquiat as his all-time favorite artist, and if given the opportunity to be a superhero, would be Black Panther. The downside? He apparently hates dancing.

As the emojis in his Instagram bio confirm, Justin is an artist. The majority of his posts show him either beside a completed work of art or in the process of creating a final piece. His work runs the gamut from romantic nudes to sketches of families and even a striking painting of Marilyn Monroe. Taking bets now that he does a portrait of him and Katie at some point in the season.

In early July, offensive tweets Justin shared between 2009 and 2011 resurfaced on Reddit. He addressed the social media posts, which included homophobic slurs and promoted colorism, during an episode of the Bachelor Happy Hour podcast.

“As I reflect on everything I just went through with this whole journey, oftentimes people ask me what I took from it,” Justin told host Becca Kufrin and guest host Tayshia Adams. “One of the biggest takeaways for me was just my personal growth. ... I have no issue with owning up and apologizing from the bottom of my heart for the really hurtful words that I used.”

Justin added, “The last thing that I want to do is run from it. That’s not who I am. I just want to speak from the heart, and hopefully, people will get an understanding of where I was then versus where I am now.”

Accountability has been a theme in recent seasons of The Bachelor franchise, with multiple contestants and even ex-host Chris Harrison issuing apologies after allegations of racist behavior have surfaced.

What Justin Is Looking For

According to Justin’s ABC bio, his parents have been married for more than 30 years and he looks to them as an example of what a successful relationship should look like. Though he’s tried his hand at dating, he hasn’t found “the one” yet, but he does know what he’s looking for in a partner. His checklist for the perfect mate includes someone who is trustworthy, beautiful inside and out, and committed to approaching life as a team. He’s also looking for someone who can balance a passion for fitness with a passion for Sauvignon Blanc, so tune in to see if Katie will fit the bill.