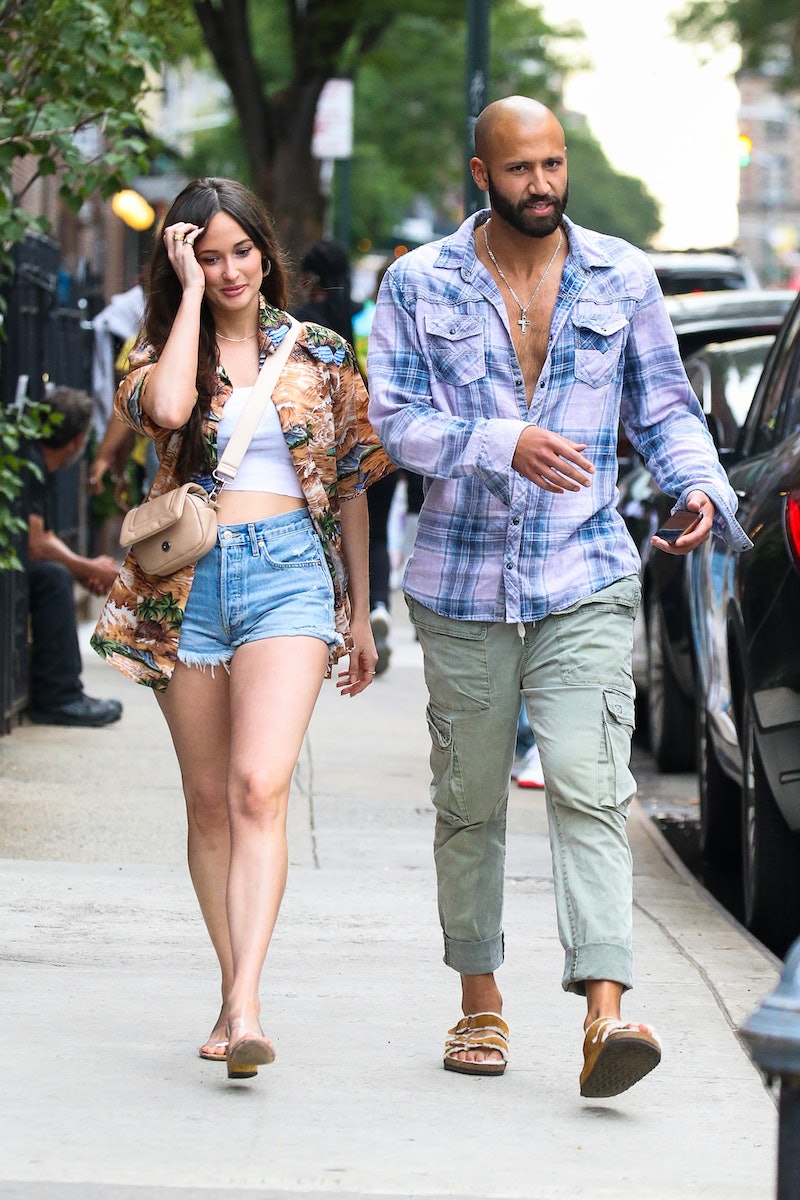 Six-time Grammy winner Kacey Musgraves might be experiencing a new golden hour. The country sensation is officially dating Cole Schafer, as confirmed by Instagram posts made in June 2021. The new romance comes after Musgraves filed for divorce from husband Ruston Kelly, the inspiration behind her Album of the Year-winning Golden Hour from 2018. Her 2021 follow-up album Star-Crossed, which comes out Sept. 10, is based on that experience of heartbreak.

Today, Given Musgraves and Schafer’s shared penchant for witty writing, the new lovebirds just may be a perfect match. Schafer is a Nashville-based writer and poet who writes his books under the penname January Black. The author has published three books to date: Quarantine Dreams, After Her, and One Minute, Please?, all full of poems and short stories. According to Schafer’s website, however, his day job is in advertising at his copywriting company Honey Copy, for which he also writes newsletters and guides to freelancing and marketing.

Schafer was first linked to Musgraves in June 2021 (pictured above), when they were spotted hugging and holding hands while strolling around New York City, an activity they might be seen doing again at the Sept. 12 MTV Video Music Awards, where Musgraves will perform for the first time ever. While it’s not known how long they’ve been an item, they became Instagram official days after rumors started spreading. “I’m trying like hell not to write about her,” Schafer wrote, captioning a black-and-white Polaroid of Musgraves cozying up to him. The singer re-posted the image on her Instagram Story, all but confirming their relationship.

Musgraves opened up about her new beau in an interview with The New York Times published on Aug. 26, explaining that they first locked eyes at a crowded Nashville restaurant. “He did not know who I was, which I loved,” she said. However, if Schafer’s birthday tribute was any indication, he made the first move.

Musgraves responded in the comments section to express her gratitude. “Sweet angel boo,” she wrote. “Life is so much prettier with you in it.” Schafer also let out his inner fangirl in the comments, giving fans a preview of what they’ve been waiting for from the singer. “Also, I’ve listened to her new album 3x through and that sh*t f*cks.” Musgraves’ boyfriend approves an album inspired by her ex-husband. If that’s not true love, I’m not sure what is.

Until we learn more about this couple, you can listen to her latest Star-Crossed song that he “f*cks” with, titled “justified,” to hold you over.