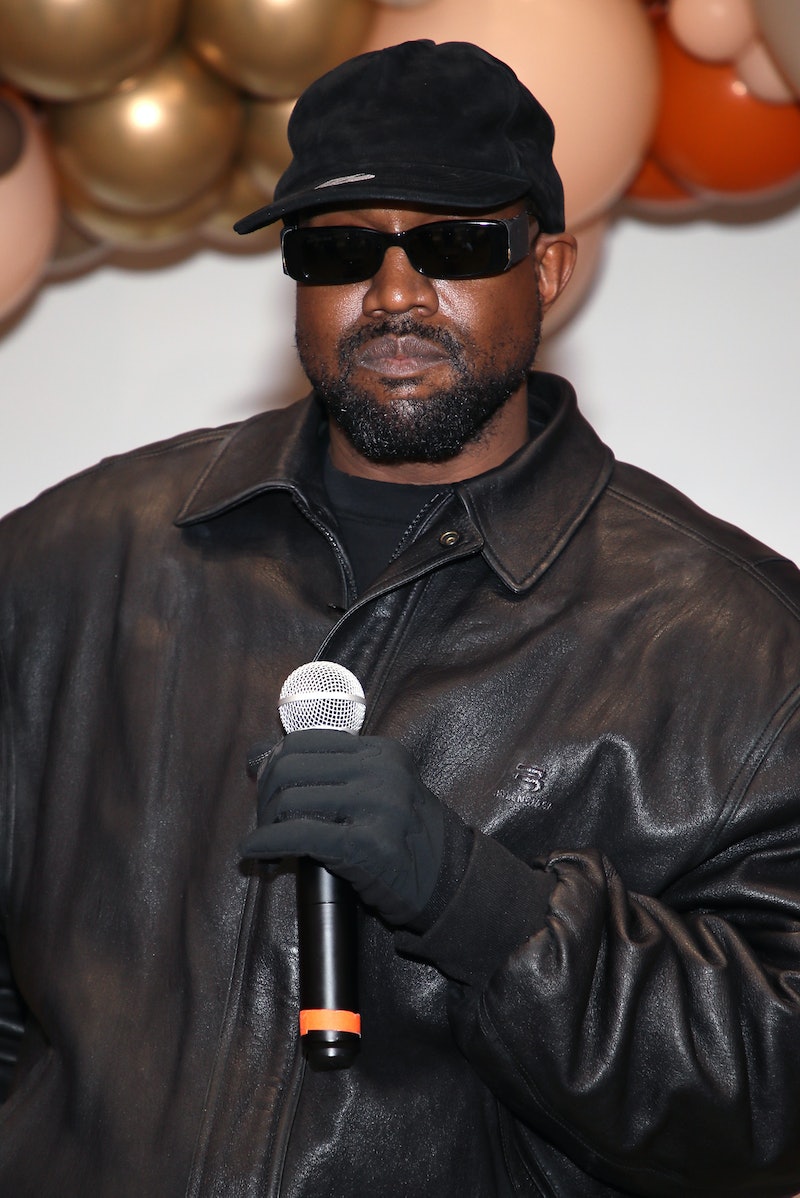 In the months since filing for divorce from Kanye West, Kim Kardashian has been busy moving forward — working on her family’s new Hulu series, making her Saturday Night Live hosting debut, and reportedly dating Pete Davidson, with whom she’s been spotted several times this November alone. But despite that budding relationship, West is still holding out hope for a reconciliation.

During an appearance at the Los Angeles Mission’s Annual Thanksgiving Event Nov. 24, West took to the stage and delivered a speech about redemption which, ultimately, pivoted toward his own relationship with Kardashian. “The narrative God wants is to see that we can be redeemed in all these relationships,” West told the crowd, People reports. “We've made mistakes. I've made mistakes. I've publicly done things that were not acceptable as a husband, but right now today, for whatever reason — I didn't know I was going to be in front of this mic — but I'm here to change the narrative.” The event, which benefits the homeless population of Skid Row, was attended by several celebrities, including Winnie Harlow, Nick Cannon, and Selling Sunset’s Chrishell Stause and Jason Oppenheim.

West explicitly called out his wife’s reality projects during his speech. “I’m not letting E! write the narrative on my family. I’m not letting Hulu write the narrative on my family,” he continued, according to video captured at the event. He also asked the audience to pray for his family, and said he “[needs] to be back at home” and “next to [his] children as much as possible.”

At the event, West expressed his hopes that his own (potential) reconciliation could inspire other families to do the same, noting that “when God brings Kimye together, there's going to be millions of families that are going to be influenced to see that they can overcome the work of the separation,” as well as “the trauma the devil has used to capitalize to keep people in misery while people step over homeless people to go to the Gucci store.”

Since Kardashian filed for divorce in February, West has made no secret of his desire to stay together. Earlier this month, during an appearance on Revolt’s Drink Champs, he expressed similar criticism of his wife’s new streaming platform — “That’s my family, Hulu” — and said their behind-the-scenes relationship is much different than what we’ve seen in the media. “Whenever it’s something about our press, or with the kids’ names, she’s part of putting that information out,” West said, “but then she’s over my house.”

For her part, though, Kardashian’s relationship with Davidson seems to be moving steadily along — despite the reality star not confirming anything yet. As E! reported Nov. 24, the pair was recently seen grabbing dinner in Santa Monica, and a source told the outlet that “they are really happy and seeing where it goes.”

More like this
Kim Kardashian Gives “Bucket List Dream” Lecture At Harvard
By Alyssa Lapid
Everything You Need To Know About Kanye's Post-Kardashian Dating Life
By Bustle Editors
Khloé Kardashian Writes Touching Instagram Tribute To Tristan Thompson’s Mother
By Alyssa Lapid
Travis Barker's New Tattoo Is Causing Some Awkward Confusion Among Fans
By Stephanie Topacio Long
Get Even More From Bustle — Sign Up For The Newsletter
From hair trends to relationship advice, our daily newsletter has everything you need to sound like a person who’s on TikTok, even if you aren’t.