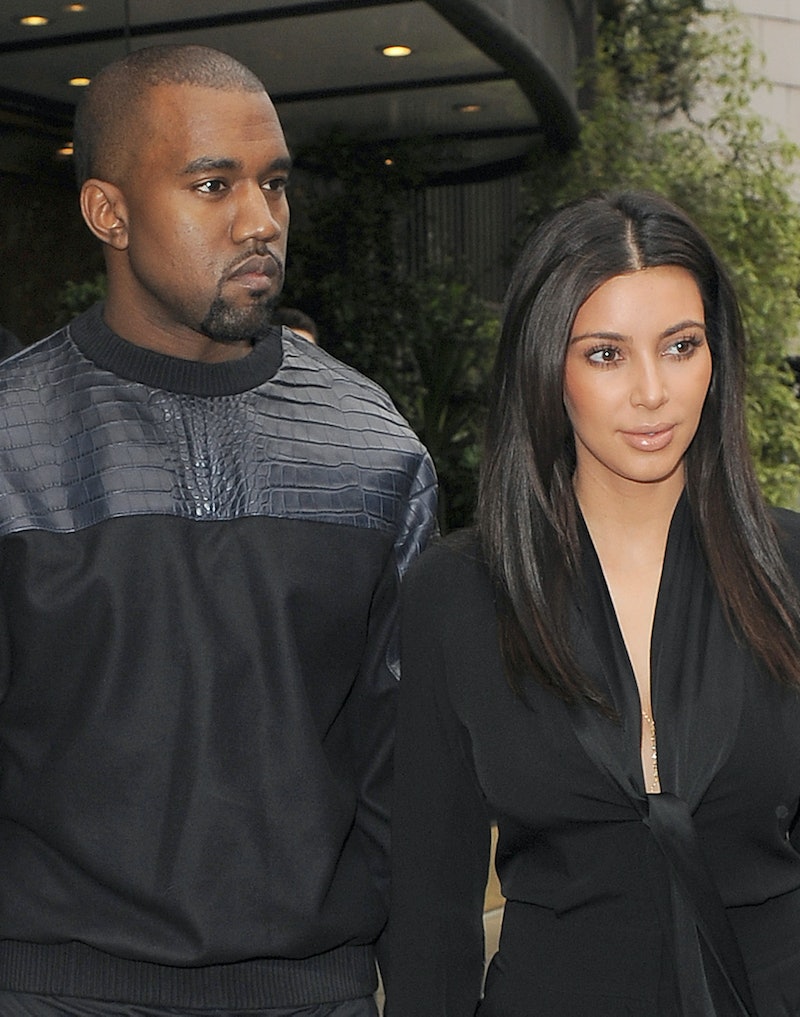 Kanye West introduced Donda to fans for the first time during a listening party at Mercedes-Benz Stadium in Atlanta on Thursday, July 22, and his latest album seemed to touch on his divorce-in-progress from wife Kim Kardashian. Though the multi-Grammy winner didn’t name her specifically, there were lines that sounded like allusions to the end of the relationship. The rapper’s lyrics included “Honey, why could you leave?” and “I’m losing my family,” as well as his late mother Donda West’s voice saying, “No matter what you, you never abandon your family,” per E! News.

The parts in question come from the song “Love Unconditionally,” according to People. In it, he also sings, “Come back tonight, baby” and “Darling, how could you leave?” West even got down on his knees in front of the audience at one point.

West and Kardashian’s divorce was officially set in motion in February, when the Keeping Up With the Kardashians vet filed the paperwork. However, there were reports that a split was coming in the weeks leading up to it. A source told Entertainment Tonight in early January that they’d been discussing divorce “off and on” for a year, with another saying they were “trying to save their marriage.”

While they ultimately did choose to move on from their seven-year union, the two are reportedly now on better terms. West is rumored to be dating model Irina Shayk, and the family is still spending time together and keeping things “amicable,” per a People source’s recent comments. Kardashian even traveled to Atlanta with their kids, North, Saint, Chicago, and Psalm, to be there for the listening party. She also had a heads-up about the song, according to an E! News insider. “Kim gave her input about it,” the unnamed source said. “He was respectful and gave her the heads-up, and did not want to blindside her.”

West’s personal lyrics weren’t the only buzzy part of the event. After a Twitter user posted a photo that appeared to be the menu from his listening party, the sky-high prices became a big topic of conversation on the social media platform. People had a lot to say about items like the $40 hot dog, the $50 chicken tenders, and the $65 snack basket. Even the official KFC account weighed in, writing, “How crispy are those tenders?!”

Of course, West himself also made the night memorable. He chose not to speak to the crowd of roughly 42,000 people, as USA Today reported. On top of that, he didn’t drop Donda as expected on July 23. The release date has now been pushed to Aug. 6, according to Respectfully Justin host Justin Laboy, so fans will still have to wait to listen to the full album.