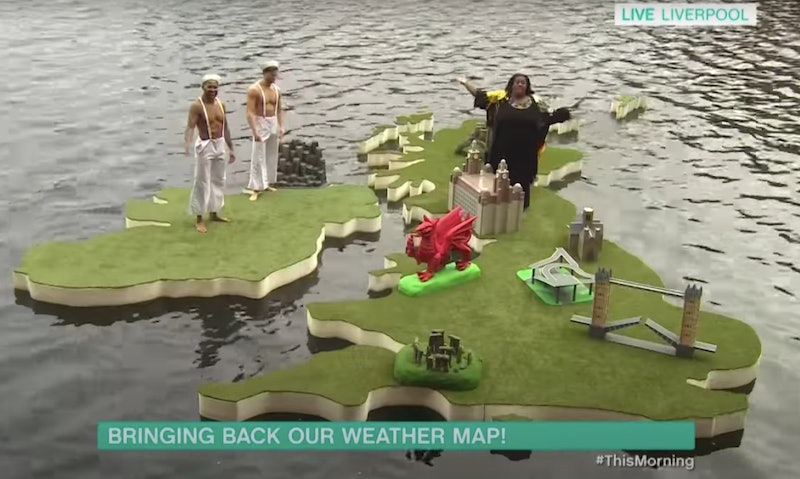 In case you missed it, Kim Kardashian recently celebrated her 40th birthday with family and friends on a private island and, well... none of us were invited. Clearly not content with a buffet meal and a Colin the Caterpillar cake, the reality star whisked her "inner circle" off on a chartered jet to a private island where they could "pretend things were normal."

In a series of tweets, Kardashian said she truly appreciated the "simple luxury" of being able to travel during the pandemic and celebrate with family and friends. Of course, Twitter has reacted to the reality star's tweets (in which she said she felt "humbled" and also "privileged") with a series of excellent parodies – but the British memes take things to the next level.

Kim Kardashian revealed her guests were subject to "multiple health screenings" and a two-week quarantine before they "rode bikes, swam near whales, kayaked, watched a movie on the beach and so much more." The trip included an elaborate surprise party hosted by her family on Friday, Oct. 23.

Many Twitter users called the tweets "tone deaf" and urged Kardashian to "read the room," while others simply responded with "Kim, people are dying."

Here are some very British memes to lighten the mood.

A private trip to Craggy Island...

Just hanging out with the inner circle

Tonight, one of you will be dumped from the private island

There's a killer on the loose but at least we're on holiday, right?

The Tweenies did know how to have a good time, to be fair