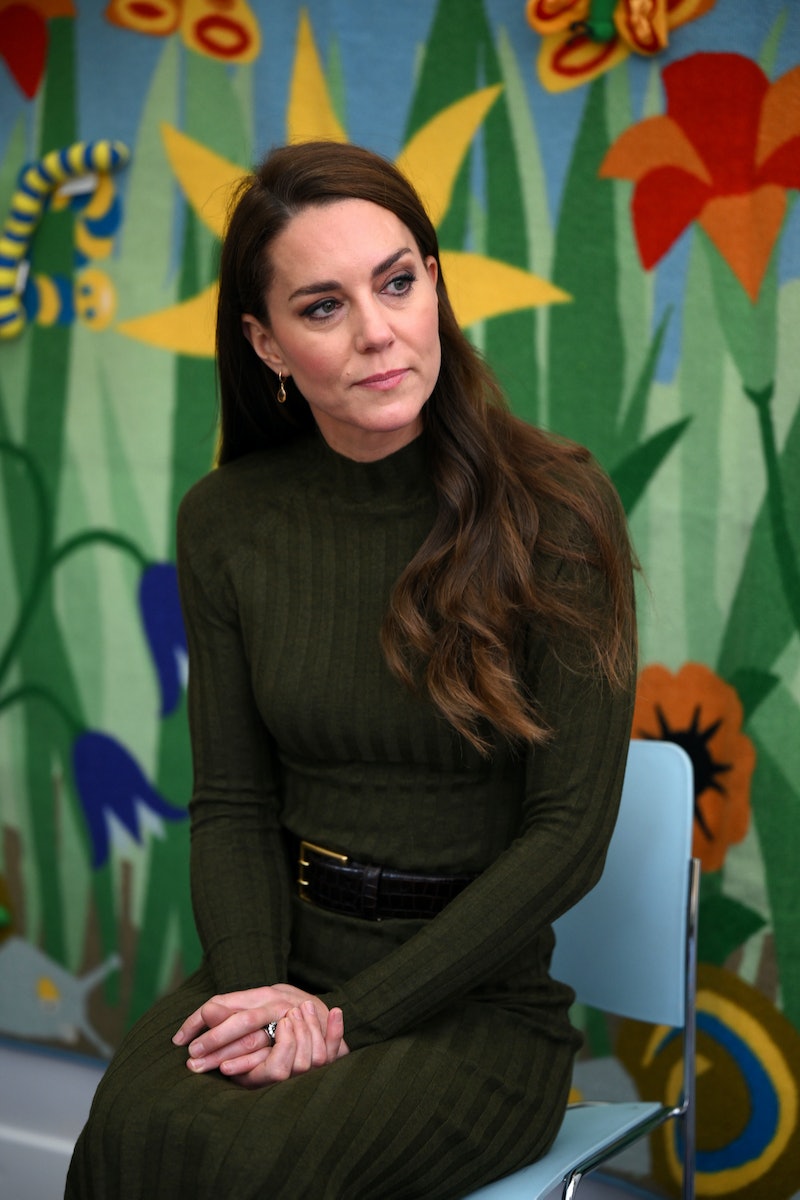 Even as the British royal family maintains its political neutrality, members still champion causes close to their hearts. For Catherine, the Princess of Wales, that list is long, and issues like children, physical and mental health, and poverty are high priorities. Case in point? The future queen wrote an op-ed that was published in The Telegraph on Nov. 25 highlighting the importance of children’s “first crucial years of life” — for both them as individuals and for society at large.

In her 10 years as a member of the royal family, Kate wrote, “talking to a wide range of experts about how we deal with societal issues like poor mental and physical health” has opened her eyes to a key period in children’s lives. “If we are going to create a healthier and happier society for future generations, we must start by understanding and acknowledging the unique importance of the first five years of life,” she added.

Early childhood “fundamentally impacts our whole life,” the mom of three said, citing three decades of evidence tying brain development in the first five years to later relationships and success. However, she believes “not enough is being done.” That makes it harder to “tackle the sorts of complex challenges we face today like homelessness, violence and addiction,” she indicated.

Moving forward, she pledged make sure the issue gets the attention it needs. “I am determined to continue to shine a light on this issue and to do everything I can to secure much greater focus on those first crucial few years for the youngest members of our society - they are, after all, our future,” she added.

On a personal level, Kate and her husband, Prince William, are shaping the early development of their three little ones — Prince George, 9, Princess Charlotte, 7, and Prince Louis, 4 — as they grow up in the public eye. One recent challenge was providing as much normalcy as possible as the world grieved the trio’s great-grandmother, the late Queen Elizabeth II. “We’re trying to keep everything constant and settled for them,” William told a supporter in footage posted to Twitter on Sept. 15. Kate told another well wisher that the Wales children were “in school, being well looked after.”

In addition to raising the next generation of senior royals, Kate is a patron of several youth-focused charities, from Action for Children to the Evelina London Children’s Hospital. During a recent visit to the Reading Ukrainian Community Centre, she could be seen chatting with kids, admiring their artwork, and even painting alongside them. Expect more of that as she fulfills her promise to nurture children and strive for a “healthier and happier society.”

More like this
Kate Middleton Makes Rare Comment About Talking Therapy
By Sam Ramsden
Meghan & Harry Respond To Jeremy Clarkson’s "Apology" Over *That* Column
By Sophie McEvoy
5 Striking Parallels Between Princess Diana & Prince Harry’s TV Interviews
By Catharina Cheung
New Details About Jeremy Renner's Snowplow Accident Reveal The Actor's Intentions
By Sam Ramsden
Get Even More From Bustle — Sign Up For The Newsletter
From hair trends to relationship advice, our daily newsletter has everything you need to sound like a person who’s on TikTok, even if you aren’t.