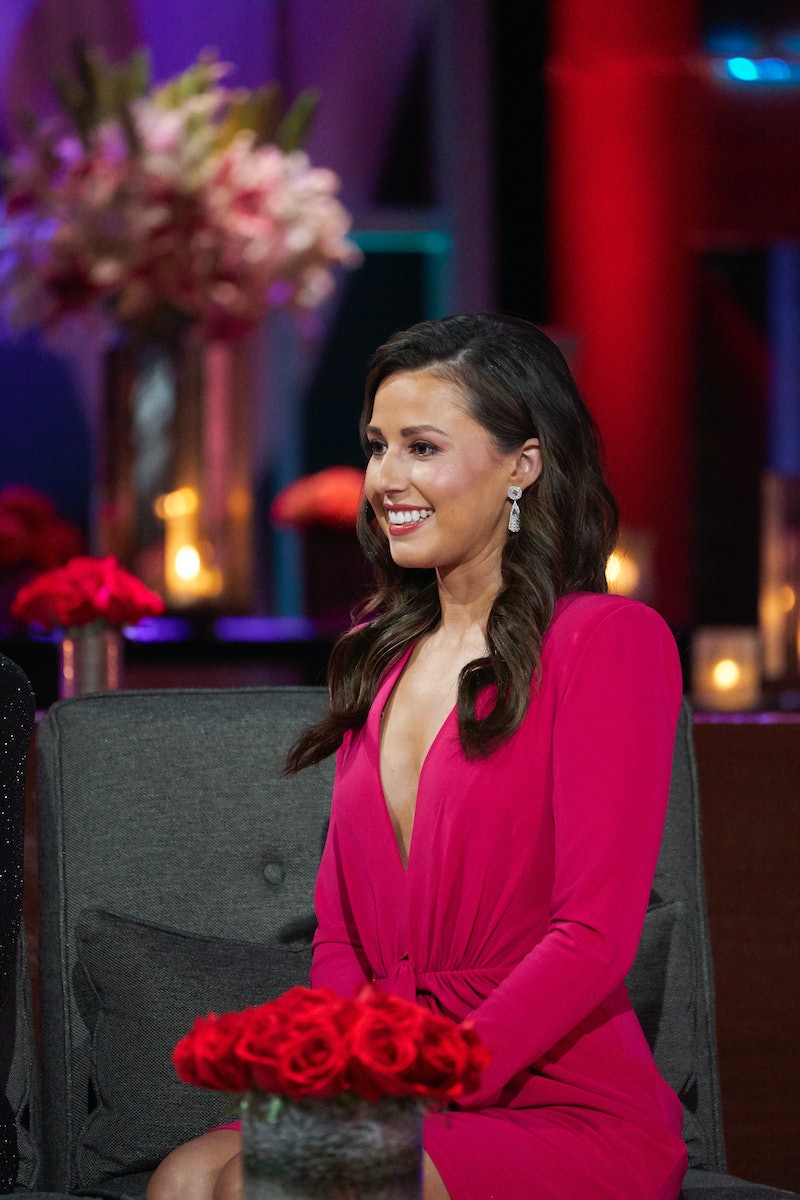 After months of speculation, a new Bachelorette has been named. On Monday, March 15, ABC confirmed during Matt James’ After the Final Rose special that not only is Katie Thurston the next Bachelorette, but Michelle Young will also get her own Bachelorette season in the fall.

In the weeks leading up to the Bachelorette announcement, Thurston’s casting was heavily rumored. Even before Matt sent her home on the show, reports began circulating that Katie was ABC's top choice to be the next Bachelorette, with Variety reporting that the network had already started planning how to promote her season. At the time, Katie attempted to deny the rumors on her Instagram Story, posting a selfie with the caption, “Reading my text this morning like, news to me” alongside a shrug emoji, per E! News.

Now that it’s confirmed, here’s everything you need to know about her Bachelorette season.

As former Bachelorette Rachel Lindsay confirmed during the Bachelor Party podcast on March 9, Katie and her contestants are already in quarantine in preparation to start filming, meaning production should start within the next week. According to Bachelor blogger Reality Steve, the season is set to film at the Hyatt Regency Tamaya Resort & Spa just outside of Albuquerque, New Mexico, where he reports Katie and the cast and crew are all in quarantine.

As ABC confirmed on March 12, Chris Harrison will not host Katie’s season of The Bachelorette, marking a first for the franchise. Instead, former Bachelorettes Tayshia Adams and Kaitlyn Bristowe will guide Katie and her contestants in his place while Harrison does the work he has committed to in the wake of his controversial Extra interview with Lindsay, where he attempted to defend Bachelor winner Rachael Kirkconnell’s past racist photos. “We support Chris in the work that he is committed to doing,” ABC said in a statement.

The potential contestants for Katie’s season were announced on March 18, and they include a TikToker, a guy who seems to be capitalizing on being a frat bro, and multiple professional athletes. Like previous seasons, ABC announced a few extra names at the time, which means there’s a chance some of these men won’t make it on the show.

As Deadline previously reported, Katie’s journey will begin airing in summer 2021. On April 7, ABC announced The Bachelorette Season 17 premiere date is Monday, June 7 at 8 p.m. ET. The first Bachelor in Paradise season since 2019 will follow two months later and premiere on Monday, Aug. 16 at 8 p.m. ET. Last but not least, Michelle’s season is set to air in the fall, marking the first time that two seasons of The Bachelorette will air in the same year. Bachelor Nation is all but guaranteed to go on a wild ride this year.

More like this
JoJo Fletcher & Jordan Rodgers Got Married In A “Playful & Fun” Wedding
By Grace Wehniainen
Will ‘Bling Empire’ Return For Season 3? Here’s What To Know So Far
By Kadin Burnett
Amy Schumer Is Actually The Other Kardashian Sister You Never Knew About
By Jake Viswanath
Kim Kardashian Remembers Her Last Words To Death Row Victim Brandon Bernard
By Jake Viswanath
Get Even More From Bustle — Sign Up For The Newsletter