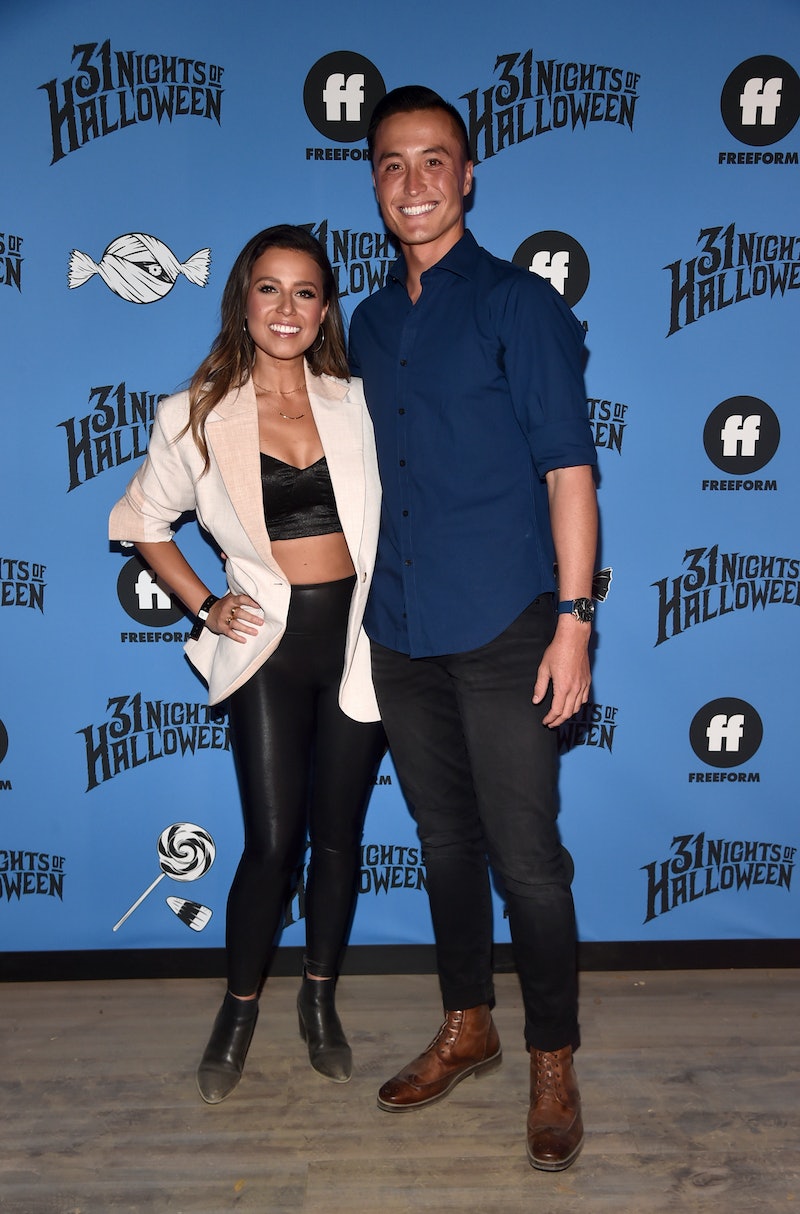 It turns out Katie Thurston did find love on The Bachelorette — just not in the way it traditionally goes on the show.

Though the 30-year-old former bank marketing manager announced her split from fiancé Blake Moynes in October only a few months after getting engaged in her Bachelorette finale, she confirmed on Nov. 23 that she’s now dating John Hersey, another contestant from her season who she sent home in Week 3.

After the series finished filming, she and John became good friends — in part because of speculation that he was her final rose winner. “Internet rumors lead me to this guy becoming a dear dear friend,” she captioned a September photo of herself with John, who viewers will remember as a 27-year-old bartender with dreams of becoming a pilot.

Following her move to San Diego over the summer, Katie continued to spend time with John. In the wake of her breakup from Blake in late October, she appeared to share a pic of John’s dog on her Instagram Story. “Dexter forcing me out of the house this morning,” she wrote, per Us Weekly. A few days later, she shared a photo of a bouquet of flowers sent from a friend with a note that read, “These are not romantic flowers. These are happy flowers. Because … I want you to be happy.” Many of Katie’s followers believed they were from John.

In November, Katie began an Instagram challenge she dubbed “12 Days of Messy.” On the final day, she confirmed her romance with John, dedicating Taylor Swift’s song “Begin Again” to him. “I’ve been spending the last eight months thinking all love ever does it break, and burn and end. But on Wednesday in a cafe, I watched it begin again,” the lyrics go.

Katie also shared a loving video montage of her and John, in which he can be seen flying a small plane while she sits in the back seat and later serving her a cocktail. The video concludes with a clip of the moment John got out of the limo on her Bachelorette season. "The last couple weeks have been insane, I've felt like I've been dreaming," he told her at the time. "I honestly thought I was going to get out of this limo and see you and kind of snap out of it but that is not the case at all. I feel like I'm dreaming twice as hard right now."

"I feel the same way, so we're on the same page," she replied, later mumbling under her breath: "I think that's my type."

Hours after Katie uploaded the video, a rep confirmed to People that she and John are dating. "It's known Katie and John became close friends post-season," the rep said. "John has been there for her through all the major changes in her life and they are excited to explore this newly found romantic connection."

John has yet to publicly address his relationship with Katie. Blake also hasn’t weighed in on his ex’s new romance, but he has since unfollowed her on Instagram.

More like this
This 'Bachelor' Contestant Got Back With Her Bachelor Nation Boyfriend After Going Home
By Grace Wehniainen
Kaitlyn Bristowe Said Chris Harrison Ignored Her After Her 'Bachelorette' Hosting Gig
By Grace Wehniainen
'Bachelor' Fans Think Rachel & Clayton Are Dating After This TikTok
By Grace Wehniainen
All The Clues Zach & Christina Are Together After 'The Bachelor'
By Grace Wehniainen
Get Even More From Bustle — Sign Up For The Newsletter
From hair trends to relationship advice, our daily newsletter has everything you need to sound like a person who’s on TikTok, even if you aren’t.