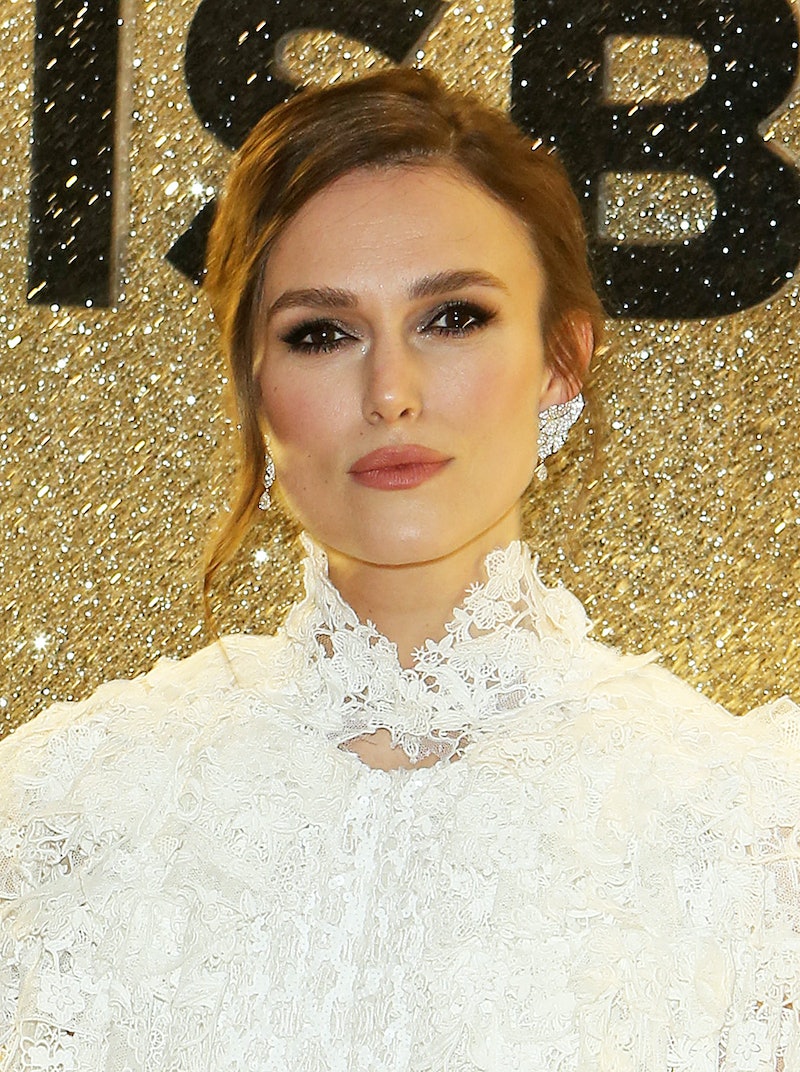 Over the last few years there’s been a focus on how actors are treated on film sets during intimate scenes. While they are of course just doing their job, some shots require actors to be very up close and personal, see Bridgerton and Normal People for example. Actor Keira Knightley has reportedly had a no nudity clause in her contracts since becoming a mum in 2015, per the BBC, and recently she has spoken in more detail about why she won’t appear in nude scenes for films that have a male director.

Knightley joined Lulu Wang and Diane Solway on the Chanel Connects podcast to talk about the need for strong women behind and in front of the camera. During the interview she said, "I don't have an absolute ban [on filming nude scenes], but I kind of do with men. It's partly vanity, and also it's the male gaze." She went on to explain that the context of nudity is of paramount importance to her.

"If I was making a story that was about that journey of motherhood and body [acceptance], I feel like, I'm sorry, but that would have to be with a female film-maker," Knightley said. "If it was about motherhood, about how extraordinary that body is, about how suddenly you're looking at this body that you've got to know... in a completely different way, and it's changed in ways which are unfathomable to you before you become a mother, then yeah, I would totally be up for exploring that with a woman who would understand that. But I feel very uncomfortable now trying to portray the male gaze."

Intimacy coach Ita O’Brien has worked on Sex Education and Normal People and is a pioneer in her industry. O'Brien told Bustle UK that in the past actors have been left to figure out intimate scenes for themselves. “That means that the actors have gone from being in a professional situation with the director to being two individuals in a space by themselves,” she said. “As soon as two people are by themselves together, it ceases to be professional. They’re into their personal bodies.”

In the recent Chanel Connects podcast, Knightley said that while there is definitely a place for sex in films, she's not keen on being the one to portray it. "There's times where I go, yeah, I completely see where this sex would be really good in this film and you basically just need somebody to look hot, so therefore you can use somebody else.

"Because I'm too vain, and the body has had two children now, and I'd just rather not stand in front of a group of men naked," Knightley concluded.