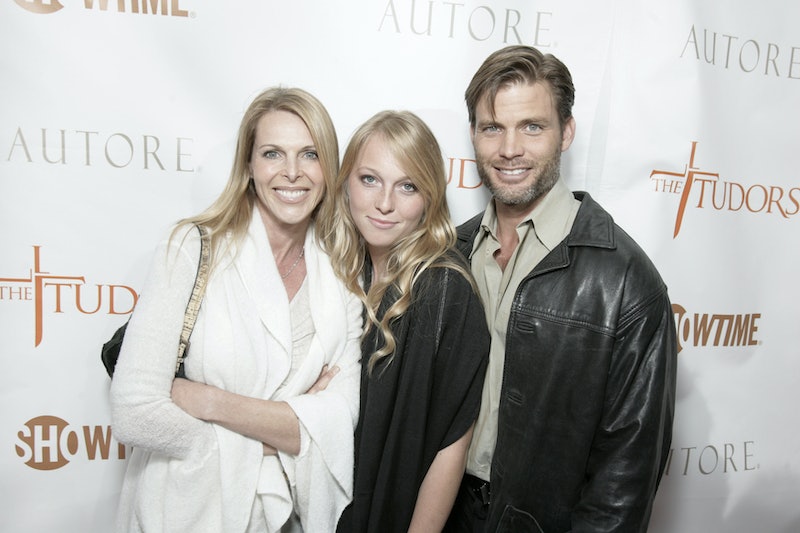 Nearly two years after his arrest, NXIVM leader Keith Raniere was sentenced to 120 years in prison following convictions on charges of sex trafficking, racketeering, and possession of child pornography. India and Catherine Oxenberg reacted to Raniere's sentence on Tuesday, Oct. 27, telling People that "the world is a safer place with Keith Raniere behind bars." According to prosecutors and accounts from victims including India, Raniere was accused of running the secret master-slave cult DOS, a sub-group within NXIVM where members were branded with Raniere's initials, forced to starve themselves, and coerced into having sex with him.

India, a former member of DOS, celebrated all the victims and officials who worked to expose Raniere's actions in a statement. "I am surrounded by exceptional women and men who all worked so hard to take this person down," she said. "My family, friends and I are incredibly validated by the verdict. Thank you to the judge and the justice system for exposing this, giving all of our lives back and making us feel safe again."

Her mother Catherine, whose tireless crusade to save India from NXIVM was captured on the HBO series The Vow, also spoke out in support of his sentencing. "Tragically, he abused and exploited my own beloved daughter and countless others," she told People. "My faith in the justice system is renewed. Keith can no longer use his power, privilege and access to unlimited wealth to silence and abuse his victims. He has been held accountable for his crimes." She went on to thank the U.S. District Court and the FBI for their efforts in seeking justice for Raniere's victims.

Despite the sentencing, Raniere has maintained his innocence and plans to appeal his conviction, though he did apologize for the "pain and suffering" he caused during the scandal. "I've clearly participated," he told Dateline in his first interview since his 2018 arrest. "I've been the leader of the community. And it has come to this. Even if it is by oppression, I am absolutely sorry and pained. This is a horrible situation."

In an interview with Vanity Fair, India spoke about facing Raniere again as she read her victim impact statement. "I wanted to make sure I felt protected and safe to confront this man with all of these other incredible women," she said. "If there's anything that I saw yesterday, it was resilience. Every single story [from the survivors] was so heartbreakingly similar — but the ways in which they were read, the words, the feelings, were individual to them."

India opened up about her experience with NXIVM and the abuse she suffered from Raniere in a new Starz docuseries, Seduced: Inside the NXIVM Cult, which premiered on Oct. 18. The new series sees her work with cult experts and other former NXIVM members as they dissect how they were was coerced into participating in NXIVM and DOS. "We went on this year-long journey together, going back in time trying to figure out and deconstruct what actually happened in NXIVM and what NXIVM really was," she told Bustle. "It was important for me to be transparent and honest [about my experience], because I think it's so easy for us to look the other way when things are uncomfortable."

More like this
Rachel Fuda Gave Birth Just Weeks Before 'RHONJ' Season 13
By Brad Witter
'RHOSLC’s Heather & Whitney Are Still On A “Friendship Break” After Season 3 Reunion
By Jake Viswanath
RHOP’s Robyn Dixon Explained Why Juan Paid For Another Woman's Hotel Room
By Brad Witter
Spencer Matthews’ Impressive Net Worth Expands Far Beyond Chelsea
By Sam Ramsden
Get Even More From Bustle — Sign Up For The Newsletter
From hair trends to relationship advice, our daily newsletter has everything you need to sound like a person who’s on TikTok, even if you aren’t.