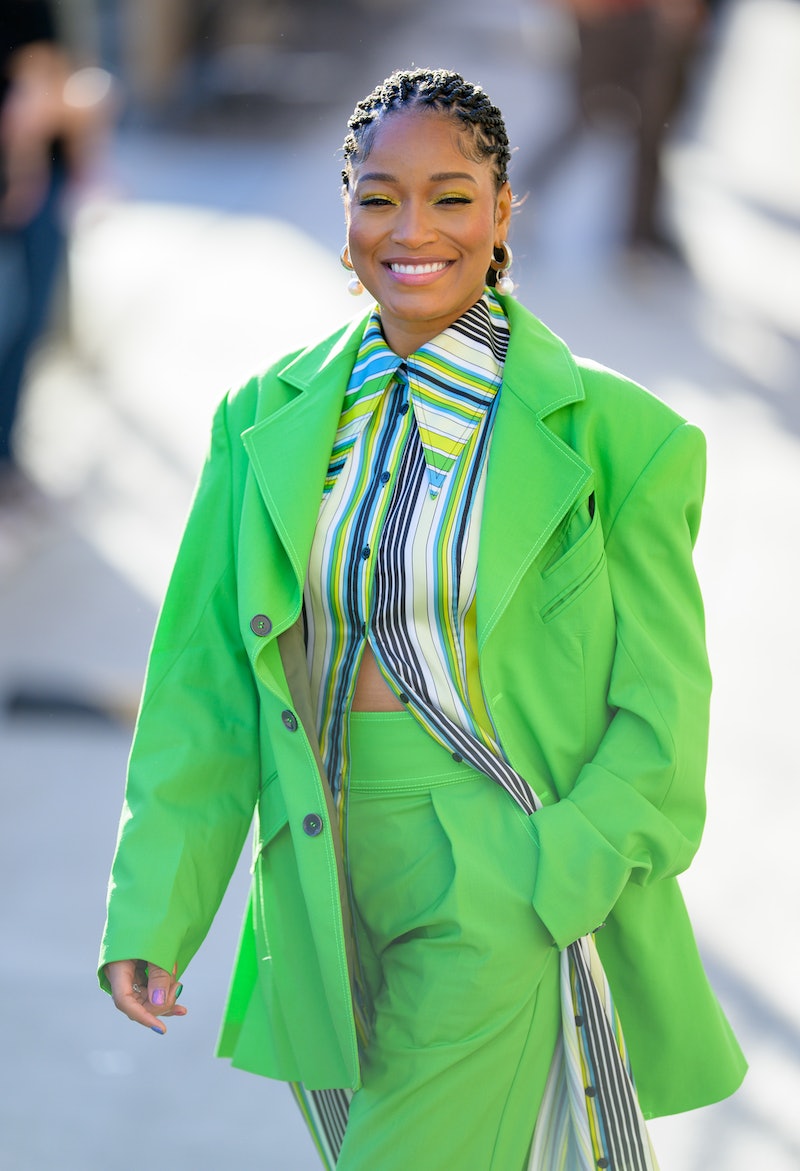 Given the sheer breadth of projects Keke Palmer is involved with, it makes sense that she’d be recognized in public, well, a lot. But as the Nope star revealed on social media, that doesn’t mean she’s always down for a selfie. In an April 23 tweet, Palmer detailed a recent fan encounter where she was approached for a photo multiple times — then filmed “against [her] will” anyway.

“No means no, even when it doesn’t pertain to sex,” Palmer wrote. “I was at the bar the other day and this girl asked me three times for a picture and I told her three times nicely that I did not want take one with her.” The girl still filmed away, though. “If I went off on her I would’ve been wrong, so I just nervously laughed while my privacy was invaded upon.”

Palmer acknowledged that she was “still upset” by the moment later that day, expanding on her thoughts in an Instagram post. “I hated that I smiled, but that is my defense mechanism to laugh or joke in an uncomfortable situation and it misleads people every time,” she said. “Literally I could be wanting to scream, and on the outside I’m still preforming. The fact that I tell people no at all is therapeutic progress for me lbvs.” It’s not just a problem unique to celebrities, of course — as Palmer continued, “Creating boundaries can sometimes be so difficult but when you people please or always try to avoid conflict, you let yourself down every time.”

This isn’t the first time that Palmer has addressed the challenges of navigating the public eye. In her March cover story for Bustle, the Alice star explained why she’s often erred on the side of private when it comes to sharing (or not sharing) her personal life. “Fame is traumatic, and a lot of attention is not something that everybody can deal with,” she said at the time.

Should you spot Palmer, say, walking down the street and want to commemorate the moment? “If you ever want a picture with me and I say no, let’s just let that rock,” she advised on Instagram.

More like this
Here’s Everything Coming To & Leaving Netflix In June
By Alyssa Lapid
Britney Spears Met The Weeknd & Sam Levinson, So She May Actually Be On 'The Idol'
By Jake Viswanath
Kendall Jenner Isn’t Ready To Have A Baby Amid Her Mom’s Wishes
By Jake Viswanath
Kim Kardashian Reacts To Kanye West’s Diss Song “Eazy” On 'The Kardashians'
By Jake Viswanath
Get Even More From Bustle — Sign Up For The Newsletter