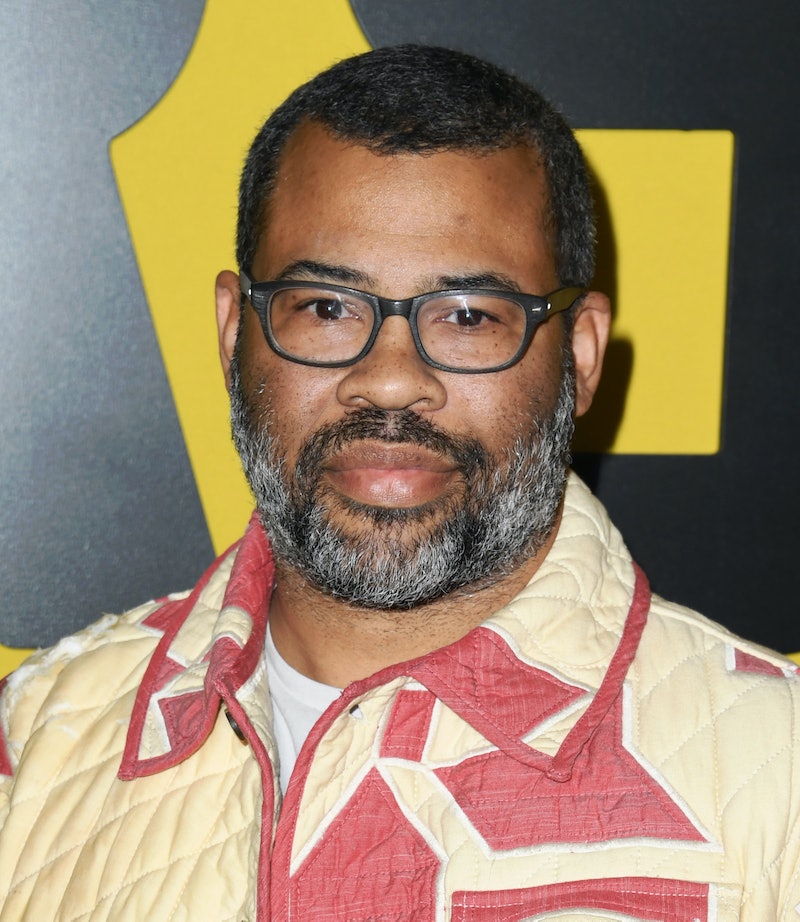 Who can forget the eerie half-masked expression of Lupita Nyong’o in the 2019 doppelgänger thriller Us or wash off the disconcerted aftertaste from Daniel Kaluuya meeting his white girlfriend’s murderous clan in the 2017 horror film Get Out? Thank actor-turned-director Jordan Peele, whose politically astute and bone-chilling horror films became instant box-office sensations that nabbed multiple awards. (Get Out, Peele’s directorial debut, even earned him an Oscar.) Luckily, he’s back with another project. When news of the director’s new thriller with Universal Pictures hit in January, fans patiently waited for more details. Finally, on Thursday, July 22, Peele revealed the poster and title of his new horror film: Nope.

Peele, who took to Twitter to share the ominous Nope poster, didn’t leave viewers with much to go on. His mono-syllabic title, plastered over an eerie midnight-blue, mostly-skyscape poster, was captioned with a lone cloud emoji.

What does the cloud with little bunting flags mean? Is there a deadly fiesta? Has the lit-up gathering gone wrong à la Fyre Festival? Is Zeus descending from the cushy clouds of Mt. Olympus? Should viewers be afraid of precipitation? Is an Ariana Grande collab near? No one knows. It is Peele’s M.O. to keep his plotlines mysterious, but here’s everything we do know about the new thriller Nope, including its 2022 release date and how to watch the movie.

While Kaluuya’s lead role as Chris Washington in Get Out didn’t get him an invite to his own premiere, it did earn him Oscar’s recognition. When Peele was asked about Kaluuya by GQ in 2017, he said, “As a protagonist, he has this inherent goodness of spirit that you can feel; he has an intelligence that you can feel.” Now, the two reunite for Nope.

Starring alongside Kaluuya are Oscar-nominee Steven Yeun (Minari) and Keke Palmer (Hustlers), who briefly worked with the director on Key & Peele in 2013. Talking about her upcoming hush-hush project to Refinery29 last April, she said of the opportunity, "It's just the kinda thing that's serendipitous," adding, “Things are aligned. It's like the things you wish for actually coming to fruition.”

According to The Hollywood Reporter, Peele previously stated, “I don’t see myself casting a white dude as the lead in my movie." He kept his word with a diverse lead cast.

In addition to these three leads, Peele also cast Barbie Ferreira and Brandon Perea in the film, according to Deadline.

The Nope Premiere Date and How To Watch

In exactly one year, on July 22, 2022, viewers can head to theaters to watch the new Peele thriller. There’s no news yet if the Universal Pictures deal will hit streaming around the same time. For now, it seems viewers can only experience the terror in high-definition surround sound — the best horror experience.

This post will be updated with the trailer and additional plot and cast details as more information on Nope becomes available.