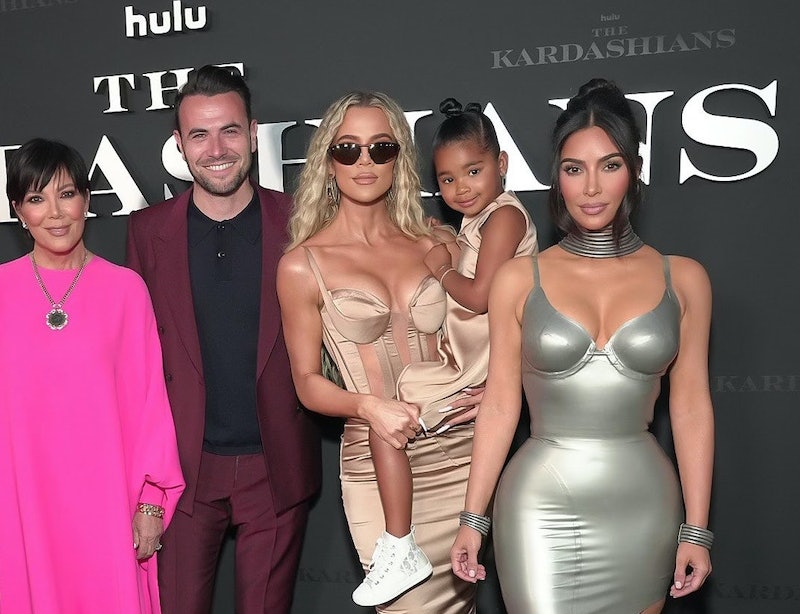 Disneyland is the happiest place on Earth — even for those who have never actually been. Khloé Kardashian accidentally admitted that her daughter True Thompson was photoshopped into Kim Kardashian’s viral Disneyland photos, confirming a theory fans have had for months. On April 12, True’s 4th birthday, her mom posted photos and videos from their Disneyland celebrations on her Instagram Story. “This is True’s first time at Disneyland,” she proudly announced in a video, which she captioned, “What a wonderful birthday at Disneyland!”

This statement directly contradicts a post that her sister Kim shared in December, which showed True at Disneyland with her 4-year-old daughter Chicago West. Back then, fans were speculating that the post was photoshopped as True’s placement in the photos looked suspicious and her outfits and hands looked blurry in comparison to her cousin, with one fan commenting that it looked like a “Snapchat cut out.”

Khloé saw a tweet that compared the differing Instagram posts and stated, “People have questions.” She immediately owned up to the gaffe, writing, “Welllppp I f*cked this one up.” Instead of going on about it though, she pivoted to a new topic: her family’s new Hulu show The Kardashians, which premiered on April 14. “Anyways….. let’s focus on something else ... our show airs in a few days,” she concluded, complete with a crying laughing emoji.

Khloé did not specify why True was photoshopped into Chicago’s Disneyland photos for Instagram, but a TikTok user suspected at the time that True’s face was used to cover up Kylie Jenner’s 4-year-old daughter Stormi Webster. Kylie had previously posted a TikTok video of her and her mother Kris Jenner taking Stormi and Chicago to Disneyland in October. It’s been speculated that Stormi was edited out to avoid drawing attention to her father Travis Scott, who was dealing with the November tragedy at his Astroworld Festival that killed 10 attendees and injured hundreds more