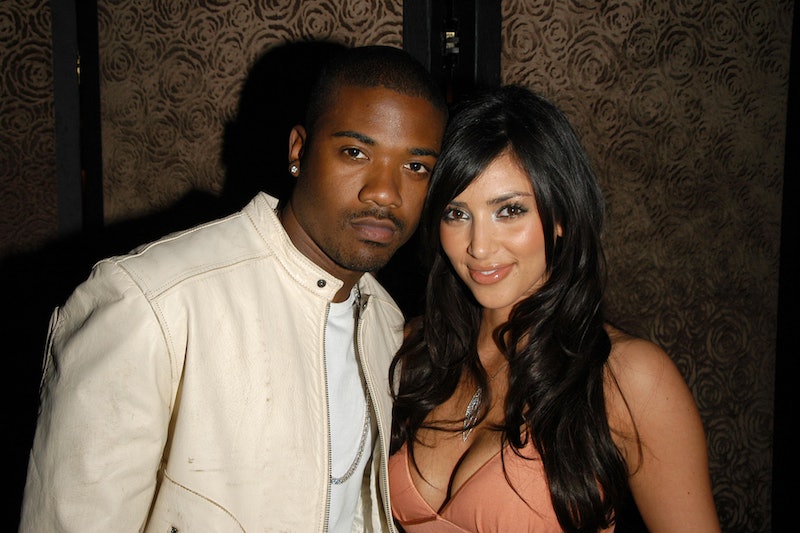 There are three things guaranteed in life: death, taxes, and Kim Kardashian’s sex tape somehow never leaving the pop culture conversation. In the premiere episode of Hulu’s The Kardashians, the Skims founder opened up about her infamous sex tape with ex-boyfriend Ray J 20 years after it was shot because she’s been receiving threats that new, unseen footage was about to be released.

The ordeal started at a family barbecue when Kardashian’s son Saint West showed her a meme of her crying face on his online game Roblox and she noticed the username attached to the picture was “KimsNewSextape,” which was advertising new footage for sale. “This is supposed to be unreleased footage from my old sex tape,” she explained. “The last thing that I want as a mom is for my past to be brought up 20 years later, especially when it’s this big party and my whole family’s here. This is some real embarrassing sh*t.”

“I’m not gonna let this happen to me again. I have all the time, all the money, and all of the resources to burn them all to the f*cking ground.”

The tape was filmed in 2002 and leaked in 2007, the same year that Keeping Up with the Kardashians premiered on the E! network. In September, Ray J’s former manager Wack100 alleged that he had an unreleased sex tape of the former couple, which he described as “part two,” and offered it to Kardashian’s estranged husband Kanye West.

In a phone call to her lawyer Marty Singer later in the April 14 episode, Kardashian said she was “99.9% sure that no other tape exists” but couldn’t be 100% certain. Kim K vowed to do everything in her power to stop the threats for the sake of her children North, Saint, Chicago, and Psalm West. “I have four f*cking kids. I can’t go through this again,” she told Singer. “I know the right attorneys this time, I know exactly what to do this time, I’m not gonna let this happen to me again. I have all the time, all the money, and all of the resources to burn them all to the f*cking ground.”

In a confessional on The Kardashians, she added: “For 20 years, this has been held over my head of this mistake ... or is it a mistake? It was my boyfriend, you know, of years. We go on a trip, we film a video. It’s embarrassing for that to be out there, but it’s not the most scandalous thing and I’m not going to be made to feel that way. I’m just human.”

Her sister Khloé said it was a “good omen” that they were discussing the tape on the first episode on their new show, mirroring how they dealt with the fallout of her tape on the first season of KUWTK. “Oh my god, how amazing,” she sarcastically replied.